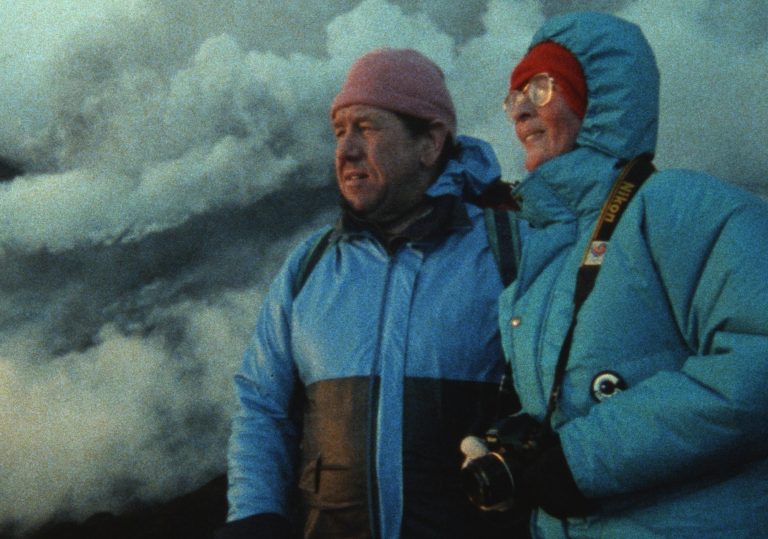 A darling doc at the 2022 Sundance Film Festival.

This love story born in flames is a little too cute to connect.

Platforms such as TikTok and Instagram provide an outlet for people who want to film themselves doing daredevil stunts. Swipe: guy cracks his nuts on a bannister after slipping from his skateboard. Swipe: women slips off a roof and into a recycle bin. Swipe: girl dives off a sheer rock face but mistimes her dive and slaps down on her back.

This is a very reductive thing to say, but the late Katia and Maurice Krafft would have been premium social media influencers had they been around and doing their thing today. The majority of the footage they collected would have no doubt acquired “sick metrics” had it been uploaded online, as it largely details the death-defying wanderings of these two French volcanologists as they wander dangerously close to the bubbling magma pools of active volcanoes.

In one of many jaw dropping sequences in Sara Dosa’s whimsical documentary Fire of Love, the pair even pitch up a little tent in a volcano crater as explosive lava rivulets dance in the background. The pair are super chill and confident that they’re not going to be burned alive. On this occasion, they opt not to wear their bespoke metal headgear designed to prevent such accidents from occurring.

In their hands-on and public-facing research, they engaged with rigorous academia but with an added commercial edge. They were seen as revolutionaries in the field, often using their celebrity as a way to highlight the transcendent joys and horrific dangers of these geological wonders. Maurice, with his tousled locks and nice line in volcano humour, would take to the media circuit, while the bookish Katia would stay back on the ranch and produce all the publications that would chronicle their wild journeys.

The footage the pair collected is often jaw-dropping. You can sometimes feel the heat of magma emanating from the screen. Through a global network of volcano watchers, they would receive a telegram letting them know of any rumblings, and they’d be straight on a plane in order to see things first hand. And, if it was too late for them to witness an eruption, they would instead stick around for months on end to observe and report on the fallout. Their work on the devastating post-eruption site of Nevado del Ruiz in Columbia in 1985 has been seen as vital for evacuation procedures for settlements near active volcanos around the globe.

A darling doc at the 2022 Sundance Film Festival.

This love story born in flames is a little too cute to connect. 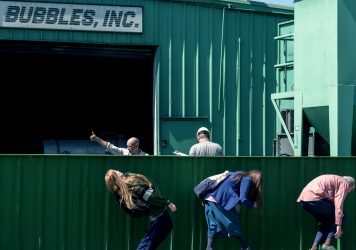 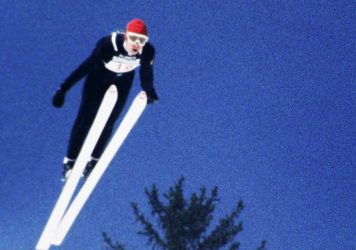 The German director’s 1974 short The Great Ecstasy of Woodcarver Steiner shows why sport is so compelling.