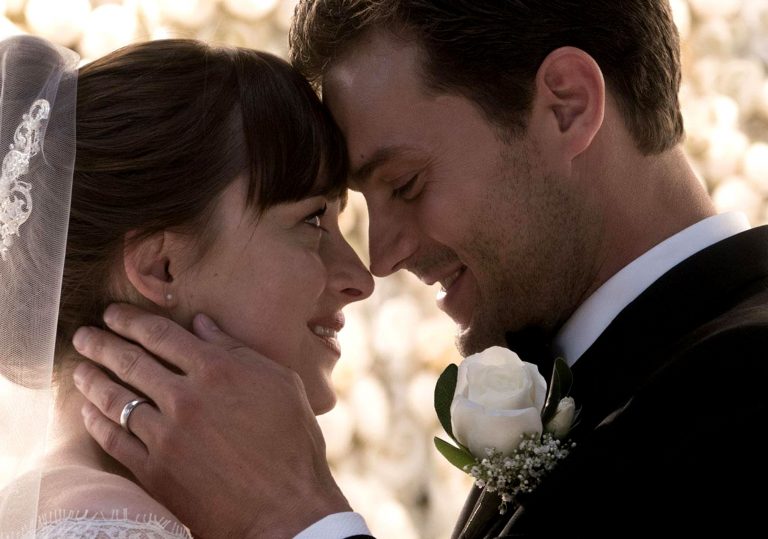 The franchise has been building to this climax for three years.

Could be better at being badder.

Your brain will be feeling sore the next day.

Dakota Johnson and Jamie Dornan go out with a whimper in this mildly titillating trilogy capper.

The image of Marcia Gay Harden slapping Kim Basinger in the face was an inspiring sight indeed, suggesting that the franchise was finally ready to embrace its own soapiness and stop angling towards self-seriousness as the central pairing transition into wedlock. Director James Foley delights in his refusal to give his audience what they so clearly want, however. His is the cinema of edging.

Just as Christian torments Ana by bringing her to the brink of orgasm without pushing her over, so too does Foley tease us with vague hints of an agreeably campy interpretation that he never delivers. Whoops of approval may wash over the crowd when Ana tells the slinky architect moving in on her man to get back in her “shit-coloured car” and return to Seattle, but this moment provides only a brief blip of pleasure.

Everything in these films ought to feel like sex – except for the sex, which should be as primal and scaldingly hot as the shifting of tectonic plates. Instead, Foley goes with a visual and tonal profile that would be most accurately characterised as “hornier-than-usual issue of Martha Stewart Living.”

As before, Fifty Shades Freed basks in the ancillary perks that come bundled in with Ana’s relationship to Christian, rather than exploring the relationship itself. The camera gawks more pornographically at the gratuitous footage of their handsomely appointed woodland home, the luxe private jet they fly around in, and the tasteful fabric of Ana’s wedding dress than the material actually verging on pornography. The sex scenes remain tense, mechanical, sanitised and almost hilariously bereft of chemistry. The most sadistic dynamic of all is the one between Johnson and the three-picture contract that won’t let her out of its vicelike grip.

Generous dollops of extraneous nonsense – shouting matches that break out for no good reason, an inane subplot involving Ana’s former boss and a kidnapped Rita Ora – kill the mood, though in truth there wasn’t much lust in the air to begin with. EL James’ source novels evinced an understanding of how sex works without grasping the emotional currents that make it worth having in the first place. Likewise, Foley knows what a good rutting is supposed to look like, and not how it’s supposed to feel.

The franchise has been building to this climax for three years.

Could be better at being badder.

Your brain will be feeling sore the next day. 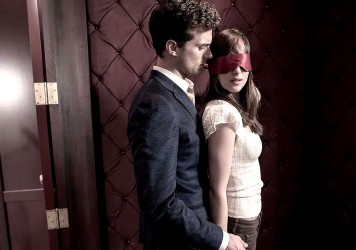