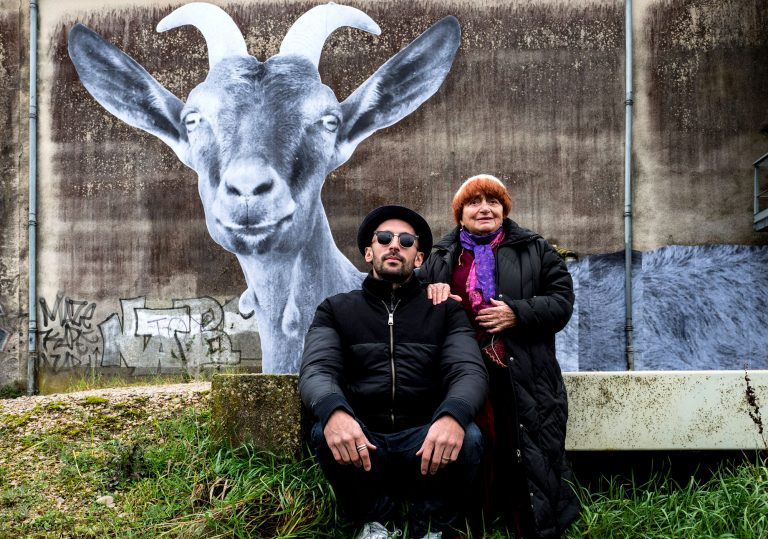 Like the most delicious, lightly-flavoured alcohol that somehow gets you knock-out drunk.

“I’m not a mystic. I’m down to earth,” says Agnès Varda. Such is the fullness of my heart after Faces Places that the temptation is to hack into the trusty hyperbole cabinet and fling out polysyllabic, high-faluting terms for the type of film this is. However, to truly take in her work (this specific one and the sum of a 50-plus year career) is to recognise that it takes more than one person to make something brimming with human goodness. To deify Varda is to fall into a trap that she herself has side-stepped. Better to follow her example, better to run with demystification.

Cinema has always been a medium that worships the top dog with only drops of recognition trickling down to the anonymous armies whose assists are integral. Directors are more often than not content to bask in their perceived roles as superhuman magicians. Faces Places is a subtly self-reflexive documentary that swims against this tide, inviting audiences to see that filmmaking is a process of having conversations with people, and enveloping each individual and their private creativity within the wider collaborative process. Art is a form of social work or, rather, it can be with the right people at the helm.

Those people are Varda and her unlikely kindred spirit, the French photographer and muralist JR. They make an endearing and striking duo – an odd couple forged before a word of dialogue has even been spoken. At the time of filming, she is 88, while he is 33. Varda is short and roundish, with her trademark white bowl-cut fringed with amber. A lifelong lover of colour, her outfits are bright. JR is lanky, bald and styled like a blind jazz musician, all in black, complete with black hat and black shades. He is teased by Varda about the perma-present sunglasses, and this low key ribbing paves the way for as emotionally heavy a moment as this playful film has to deal. Eyes – what they see, who they see and how these visions land – are the lenses which connect to the filmmaker’s soul. 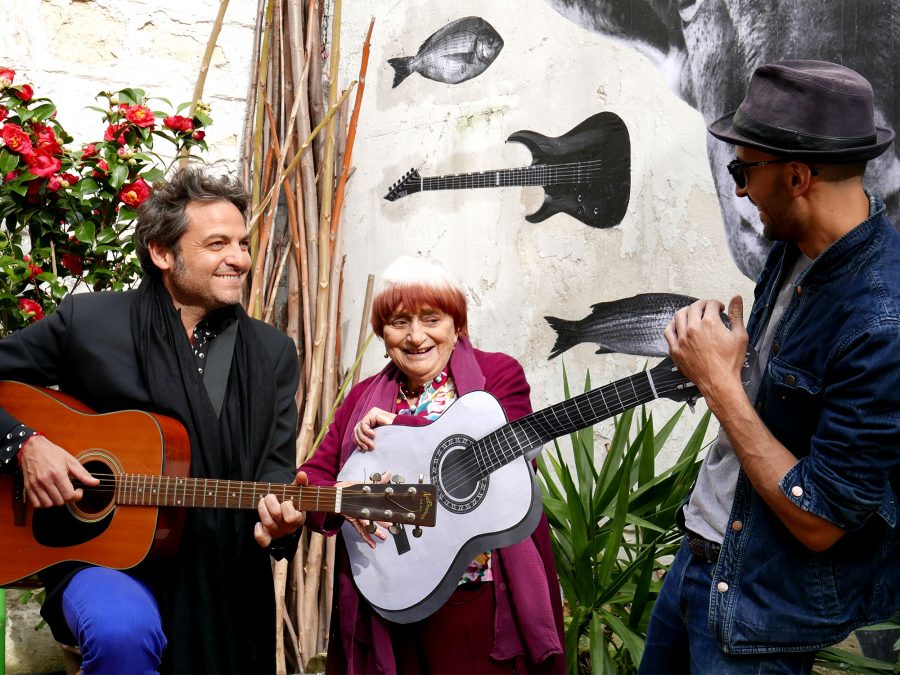 Faces Places, and its French title Visages Villages, aptly bears out Varda’s ‘down-to-earth’ mission. For these two elements make up the film’s core ingredient list: faces and places. A sprightly narrated overview delivered by the two filmmakers explains how they were both magnetically drawn to one another. They meet, bond, play and eat chocolate éclairs. Then they hit the road in a van equipped with a giant mobile poster printer. They search for people to photograph. Each subject is then blown up and printed out big enough to paste onto the nearest empty wall.

Every face-owner is given space to talk about the particulars of their life and pass comment on how it feels to see a giant image of themselves, or a loved one, looking out across their locale. In a village in Northern France, Jeannine, a woman who refuses to leave the row of miners’ cottages where her childhood memories live, begins to cry. A shy waitress in Bonnieux, Southern France is severely weirded out when her image goes viral. There is no narrative agenda to angle what is happening and how it is affecting people. It is just happening and it is being documented.

These social encounters are interspersed with conversations between the two leads, who travel into each other as they travel around the country. The intimacies that the bond between Varda and JR brings to the surface give a lightweight creative social project something twisting beneath, the breath of death on a warm summer’s day. To those familiar with the mighty Varda, this access to her inner world is precious. There is such tenderness in both the stark existentialism (she is looking forward to death because “that’s that”) and the giddy joys (miming the ringing of a bell as she sings along to the disco track, ‘Ring My Bell’). Watching feels like stealing up on a rare beast relaxing in their natural habitat.

Of course, the film is not so guileless as this. It is carefully scripted to transport one high into the land of others and below into an individual spirit. Varda’s strength as a documentarian is her connective thinking, previously most powerfully expressed in The Gleaners and I, in which she dignifies social outcasts by drawing parallels between their lives and the subjects of old paintings. In Faces Places, she turns this sidewise understanding onto her own life, coaxed by JR. The Beaches of Agnès from 2008 is nominally Varda’s big autobiography, but this more streamlined work distills in a disarmingly breezy fashion the DNA of who she is as a human, as an artist, and as a humane artist.

Like the most delicious, lightly-flavoured alcohol that somehow gets you knock-out drunk.