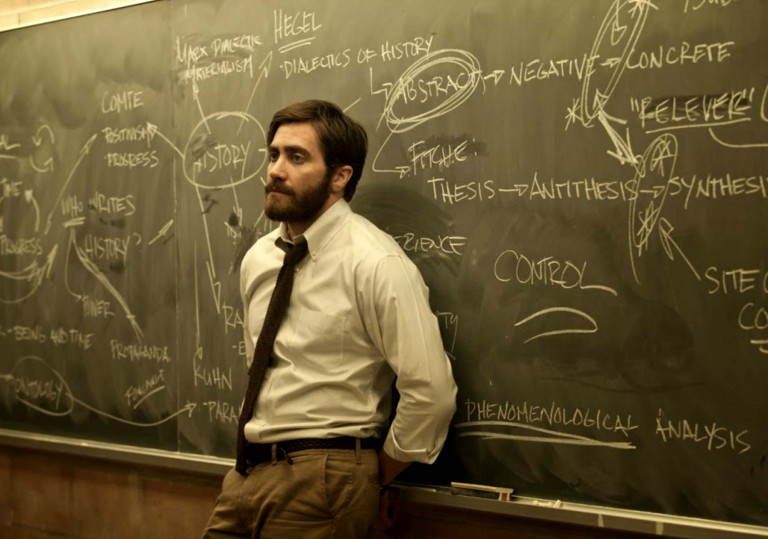 Gyllenhaal is determined to mine his darker side since the action heroics of Prince of Persia.

Imagine a world in which all directors got to make an experimental passion project in return for “playing the game”?

Lots of good stuff here, precious little of which has any lasting impact.

Jake Gyllenhaal and Jake Gyllenhaal play taciturn doppelgängers with wild chin fuzz who while away their mediocre, beige-hued existences in a Toronto suburb working as a history lecturer and bit-part film actor respectively. The former happens upon a cruddy DVD comedy in which he sees a background character played by the latter. The film then charts the pair’s efforts to meet and then comprehend one another’s existence, with initial bewilderment swiftly evolving into anger, and then into an opportunity for some devious no-strings sex.

French-Canadian director Denis Villeneuve made this film as a wacko experiment with Gyllenhaal and his DoP Nicolas Bolduc, and its story is ripped from the pages of the 2002 novel, ‘The Double’, by Portuguese author, José Saramago. As a director and an arch screen stylist able to infer off-screen horrors, Villeneuve appears as an acolyte to Davids Lynch and Fincher.

The sinuous gliding movements of his camera work-up a palpable sense of unease, as does the unnerving fusion of sound (here, atonal percussive jazz) and image. Enemy’s most remarkable moments are the ominous shots of neutral scenery that sit as markers between human interactions – he manages to infer an all-encompassing evil lurking behind the pristine white buildings which clog the foggy skyline.

There’s a boldness to the storytelling and a gutsy suppression of detail and explanation, but the problem with Enemy is that its subtle manipulations feel all-too self-conscious. The film doesn’t convince that what it’s about would amount to anything more than drunken psychobabble, with character motivations getting hazier as the runtime ticks on. If, as is the case with most doppelgänger movies, these characters are representations of the opposing sides of a single personality, then the film could, at best, be accepted as an ostentatious stab at a hackneyed premise.

If the ambition is broader, and this in fact a science-fiction-laced exploration of life under some kind of miscellaneous totalitarian dictatorship and the homogenisation of mankind, then you’d be forced to concede that the film fails to ignite that particular political powder-keg. You could almost accuse Enemy of being overly guarded about its true nature, and that its unwillingness to stow its strange narrative within more plain-speaking contextual trappings becomes its own undoing.

Sorry to talk in such broad-stroke generalities, but the fine production tics and freeform plot twists are the film’s primary pleasures (for maximum enjoyment, don’t read any reviews). In short, if Prisoners was Gyllenhaal’s Drive, then Enemy is his Only God Forgives. This is an exercise in unalloyed, idiosyncratic style which is unworried about whether an audience might be moved to peer through the smoke and mirrors.

Gyllenhaal is determined to mine his darker side since the action heroics of Prince of Persia.

Imagine a world in which all directors got to make an experimental passion project in return for “playing the game”?

Lots of good stuff here, precious little of which has any lasting impact. 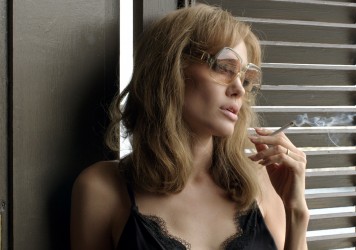