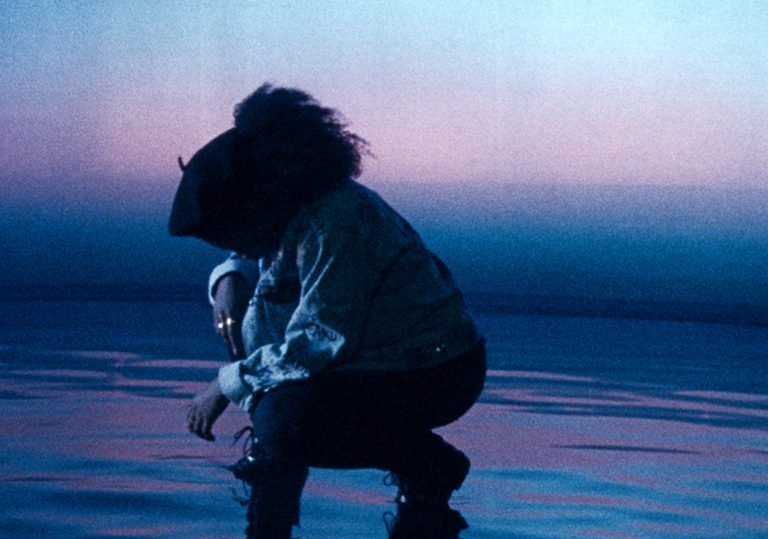 A fiery, confrontational missive from one of the finest dramatic writers in the business.

Could’ve watched this for another hour. A small window on a massive problem.

debbie tucker green adapts her own stage play to create a radical study of racial discourse in contemporary society.

The remarkable second feature from writer/director debbie tucker green, whose work thus far has predominantly been for the stage, hits you directly in the solar plexus in its opening frames. This is an adaptation and a remix of her 2018 production ‘ear for eye’, a vignette-based portmanteau in three chapters which collects together fragments of conversations, confrontations, arguments, speeches and confessions that are all based around questions of race, identity and oppression.

The stall is set in the opening scene when a Black mother and a son attempt to enter into a complex discussion about their relationship and the generational schism that exists between them, only for the words to suddenly cut off, as if these are feelings that are impossible to express. The staccato rhythms of the dialogue delivery lend the sequence a musicality that belies the tragic notion of a complete breakdown in communication, where the director appears to be suggesting that if a mother and son are unable to enter into a conversation about the nature of their relationship, then what good will it be for anyone else?

Anger, confusion and regret dominate the discourse, as we flit between the UK and US with various different pairings and contexts. A theme that runs through the opening chapter is the pandemic of police brutality against Black people, dealt with most viscerally in a segment in which a woman prisoner talks about her experience being tear-gassed. Another seam of inquiry is the nature of political solidarity and how it is expressed through activism, as seen in a segment in which two friends argue over methods of engagement, and whether a slow, thoughtful, constant battle outweighs a sudden, fair weather explosion of rage.

All of this plays out on a blank soundstage with visual impositions and asides appearing at vital junctures. tucker green is innovative in the way she captures the material, bringing a radical and uniquely cinematic visual schema to something which, in lesser hands, may have felt like filmed theatre. Much consideration has gone into framing, juxtaposition and composition, all with the eye of a camera rather than a theatre audience in mind. This in turn helps to retain the searing power of the words while offering a fresh way to consume and process them.

The highlight arrives in the second chapter in which a blue-haired Lashana Lynch plays an inquisitive student who faces off against her white university professor (Demetri Goritsas). This sequence rolls out like a one-act play (recalling David Mamet’s similarly-styled ‘Oleanna’), in which Lynch’s character presses and stands her intellectual ground in her questioning of the professor’s methods and ethics in a contentious paper about a school shooting. Systemic racism is presented in the professor’s constant recourse to caustic microaggressions and a form of rhetoric that inherently patronises, where the professor simply refuses to equally engage with the student on a level of basic politesse.

Finally, the film closes with a haunting collection of to-camera monologues in which white people read out the many racist laws that have been enacted over the last few centuries. It’s a bold climax which serves to emphasise just how futile the fight for racial equality is and will be without real, fundamental change.

eye for eye will premiere on 16 October at the BFI London Film Festival, BBC Two and iPlayer.

A fiery, confrontational missive from one of the finest dramatic writers in the business.

Could’ve watched this for another hour. A small window on a massive problem. 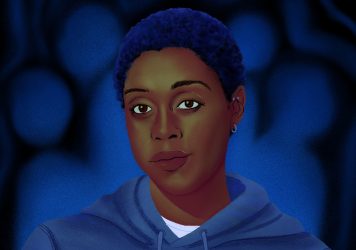 The British star of ear for eye on why the conversation around race needs to extend beyond the Black community. 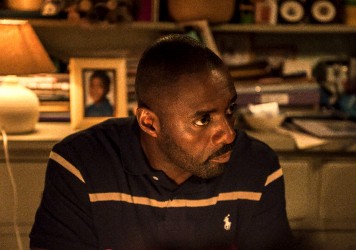 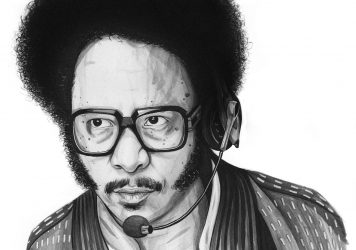