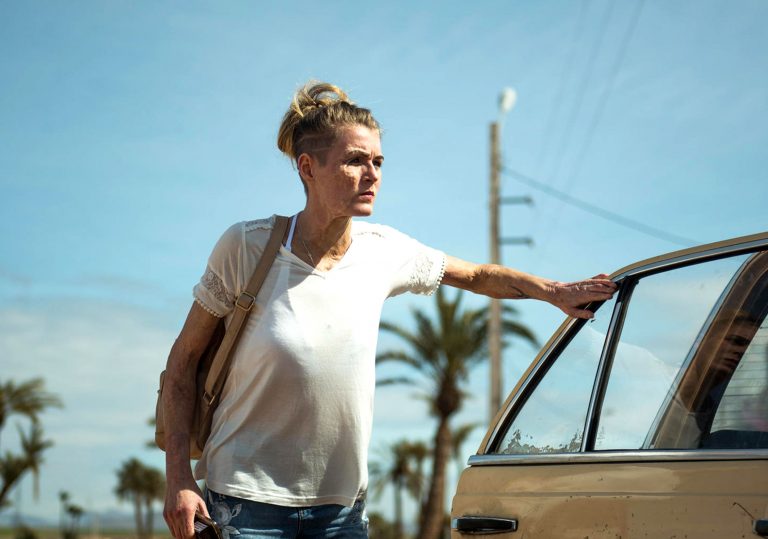 Between 2012 and 2016, the number of acid attacks in the UK increased by 500 per cent, one of the highest rates of recorded acid and corrosive substance attacks per capita of anywhere in the world. Though the majority of these attacks are men-on-men crimes, in other countries acid attacks tend to be related to gender violence, with women making up most of the victims. Sacha Polak’s third feature, Dirty God, focuses on one such “crime of passion,” though it thankfully denies the criminal the benefit of having his motives ever spelled out for the audience.

Rather, this London-set drama centres on the experience of a survivor Jade (played by real-life burn survivor Vicky Knight in her first role), as she learns to live with her trauma and her scars. Polak tastefully denies the audience the morbid thrill of seeing the attack, beginning the film well after the event. Jade is first seen returning from the hospital and back home in the council flat she shares with her toddler and her own mother. Her scars on her face and arms are clearly visible, but Dirty God is less interested in them than it is in Jade, and her efforts to live the regular life of a young woman in London. 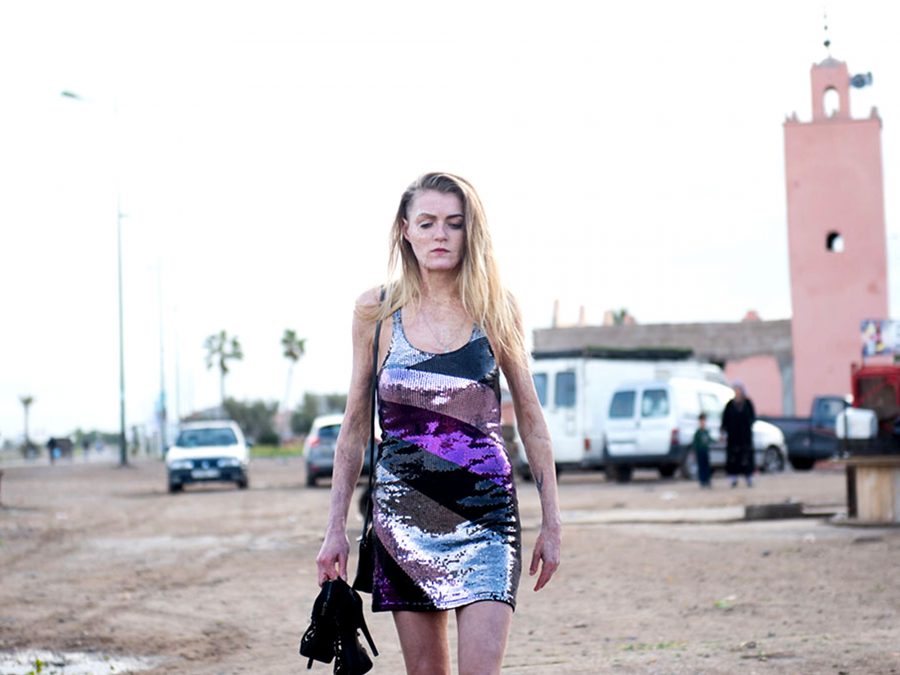 These scenes of everyday life are the film’s most vivid, depicting the ins and outs of working-class life with a refreshing lack of judgment or pity. Jade is a mother who can take care of her child, but she is also a young woman who likes to party with her best friend Shami (Rebecca Stone) and flirt with boys. The two lifestyles are never shown as incompatible, and when Jade’s mother Lisa (Katherine Kelly) objects to her daughter’s partying, it is clear the tight-lipped woman is only worried for her child.

By contrast, Shami (Rebecca Stone) acts like nothing has changed. She acts, talks, and looks at Jade the same way she did before the incident. This helps Jade maintain a sense of normalcy, but does not account for her pain or trauma. Besides the casual cruelty of strangers, even those with the best intentions struggle to find the right words or to know how to help, and the shy Jade is torn between the expectations of everyone around her.

She finds guidance when she sets herself the goal of gathering enough money for relatively cheap reconstructive surgery in Morocco. As the film becomes less observational and more narratively-driven, its clunky pacing and clumsy editing unfortunately become more apparent. Scenes set at a hotel resort in Morocco fondly evoke Lynne Ramsay’s Morvern Callar, but they also feel rather forced and predictable.

Knight’s performance remains the film’s emotional anchor throughout. She excels in portraying a complex character who, shy and immature at first, eventually realises that she has always possessed the strength and the right to impose herself and make choices of her own.