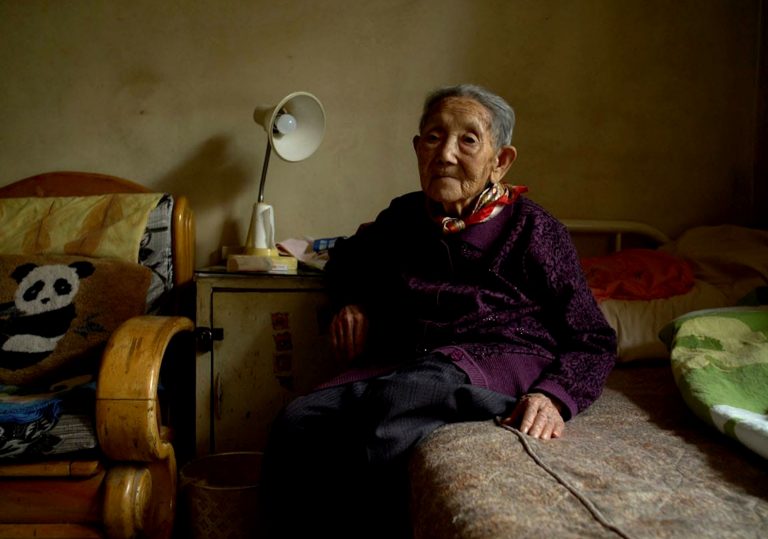 Wang Bing’s third film on the atrocities under Mao.

An essential document of survivor testimony that stands as China’s answer to Shoah.

This eight-hour epic from Chinese filmmaker Wang Bing chronicles one of the worst atrocities in human history.

“What we lived in Jiabiangou, no-one wrote it. With all the suffering we had there, who would have wanted to write about it? Those who lived Jiabiangou don’t write. What’s the point?”

A quick search of the index of Frank Dikötter’s brilliant, three-volume history of Mao’s China unearths a single mention of Jiabiangou, a labour camp that operated in the arid, north-west mountains of Gansu province between 1957 and 1961. Of the 3,200 ‘rightists’ incarcerated at the camp, a mere 500 survived.

The brevity of its mention in such an exhaustive tome doesn’t signal insignificance, by any means, but stands for its lack of exceptionalism in a system that housed some 1.8 million prisoners by 1960. Jiabiangou was just a speck in a constellation of laogai – reform-through-labour camps that spread through the wilderness of the country’s most inhospitable regions, one part of a wider gulag system.

Not that accurate data is easy to come by. Whether through distortion or suppression of records, successive Chinese administrations have shown little interest in an honest reckoning with a regime under which, by some estimates, 45 million people were starved or worked to death in just four years.

Much like Claude Lanzmann, the French filmmaker who made documenting the Holocaust his life’s work, Wang Bing returns to one of the greatest man-made catastrophes in human history for his latest, epic documentary. By virtue of its 495-minute runtime and focus on oral history, Dead Souls inevitably invites superficial comparison to Lanzmann’s 1985 masterwork, Shoah.

It’s a gruelling, shattering viewing experience, culled from over 600 hours of footage shot across 12 years. Lanzmann was famously against the inclusion of historical footage in his films, feeling that it was no substitute for direct, survivor testimony. Given the paucity of contemporaneous documentary material at his disposal, it was hardly a choice for Wang, who goes one further than Lanzmann in stripping even the barest niceties of form to their very basics.

Some two dozen interviews make up Dead Souls’ eight hours, mostly captured in fixed, medium close-up. Forensically detailed, the survivors recount their experiences in Jiabiangou camp, and the spurious charges that led to their incarceration. Wang keeps himself off-screen, his questioning voice very rarely intruding. A lone exception comes late in the film, when interviewing a cadre (or prison guard) of the camp. His approach remains the same, he simply lets the elderly man speak, but his presence on-camera affords the subtle implication that there are questions to be answered.

The film isn’t a tell-all history of the Mao regime. You’ll find little contextual information regarding the devastating policies of the Great Leap Forward that paved the way for the all-consuming famine that followed. Dead Souls covers a period of brutally dispassionate bureaucratic incompetence and authoritarian rigidity before the more openly-waged atrocities of the Cultural Revolution.

Title cards attest to the passing of many of the film’s survivors, all in their eighties and nineties when the interviews were conducted. “You’re interested in Jiabiangou?” one asks, “No one wants to discuss it, and most are dead.” The occasional excursion from interview underlines his point, as the film takes in a funeral and the mass graves of Jiabiangou’s annex, Mingshui – a wasteland littered with human remains, scorched brilliant white by forty years of sun.

As news from China just last week spoke of a ‘social credit’ system with dark parallels to ‘rightist’ labelling under Mao, it would seem that the voices finally and urgently raised in Dead Souls are more essential than ever. If cliché suggests that the key to understanding the present lies in the past, the most pressingly tragic implications of Wang’s film lie in the inability of his fellow countrymen to see it.

Wang Bing’s third film on the atrocities under Mao.

An essential document of survivor testimony that stands as China’s answer to Shoah.