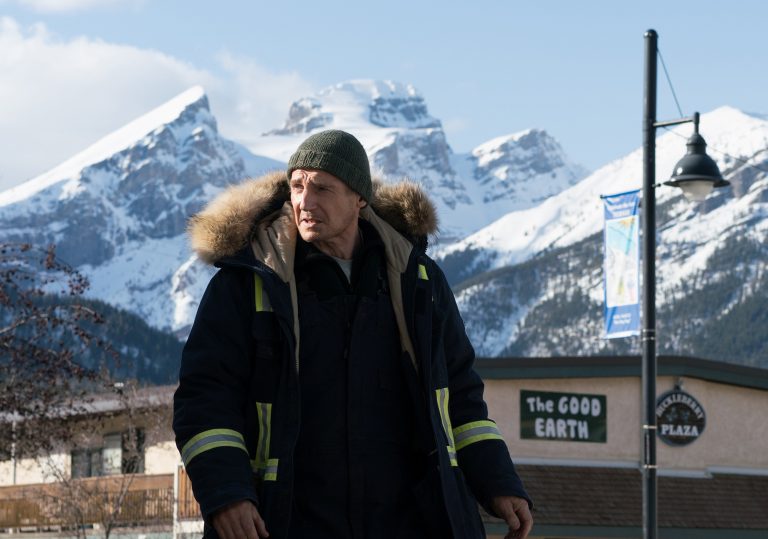 Dark laughs and strong set pieces but nothing new (and too little Laura Dern).

A mordantly funny action film for fans of Scandi noir.

Liam Neeson plays a snowplow driver on the path of revenge in this frost-bitten action-comedy-thriller.

On the publicity tour for Cold Pursuit, Liam Neeson told a reporter from The Independent that he once roamed the streets with a cosh “hoping some ‘black bastard’ would come out of a pub and have a go at me” so he could “kill them” in retaliation for the rape of a close friend. Regardless of whether you’re inclined to give Neeson the benefit of the doubt of not, his remarks leave a sour taste and have undoubtedly cast a shadow over the film, especially given its rather simplistic revenge thriller template.

In Hans Petter Moland’s English-language remake of his own In Order of Disappearance from 2014, erstwhile Oscar winner turned action hero Neeson plays a taciturn snowplow driver. His somewhat improbably named Nels Coxman clears a path through the Colorado hinterland outside Denver, is admired by locals for his unstinting professionalism and is happily married to wife Grace (Laura Dern).

Regrettably, his son Kyle (Micheál Richardson) is murdered by a rum bunch of coke-dealing villains led by Tom Bateman’s whining yet hilarious Trevor “Viking” Calcote. When Coxman seeks retribution for his son’s untimely demise, the bodies swiftly mount up and a rival mob run by a Native American named White Bull (Tom Jackson) come into play.

Cold Pursuit is markedly similar to Moland’s original, both wickedly funny and filled with gripping action. The jokes are numerous and varied, with a sight gag set in a morgue and a smart quip about William Goldman’s ‘Lord of the Flies’ particular highlights. Tense set pieces burst into life with a frequency and vitality lacking in lesser genre work. There’s blood-letting aplenty and an appropriate level of malice for a piece steeped in Scandi noir – indeed, fans of shows like The Killing will lap it up, as will those of the Coen brothers’ snowbound black comedy Fargo and Noah Hawley’s subsequent TV adaptation.

Norwegian cinematographer Philip Øgaard’s does a fine job of accentuating the feeling of isolation one would presumably feel when traversing the frost-bitten Colorado landscape, while a series of unexpected musical cues punch up the laughs just as much as the snappy dialogue (Aqua’s ‘Barbie Girl’ has never sounded so good).

On a negative note, it’s a shame that Laura Dern is given so little to do; restricted to a weed-smoking cameo, her thankless role is a bizarre waste of such a talented actor. It would have been more prudent to give her the lead and Neeson the blazing bit-part. That aside, Cold Pursuit is a solid addition to the genre, even if it doesn’t tell us anything new about the world, man’s inhumanity or the nature of revenge itself.

Dark laughs and strong set pieces but nothing new (and too little Laura Dern).

A mordantly funny action film for fans of Scandi noir.