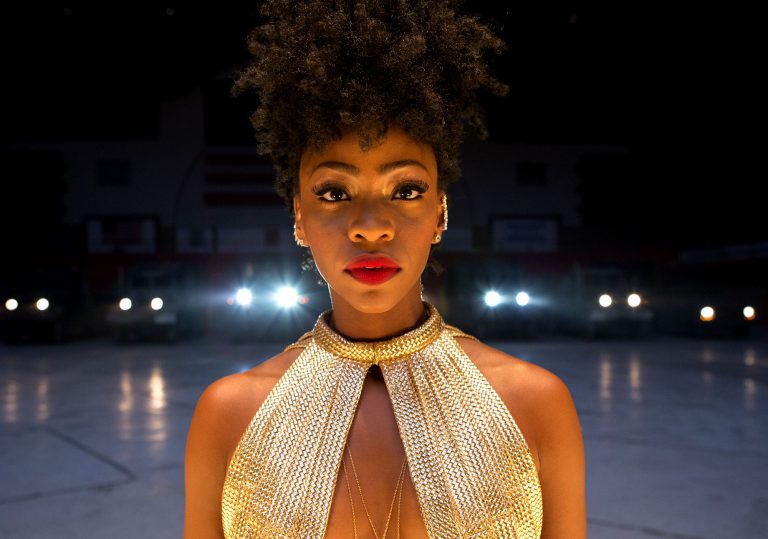 ‘A Spike Lee joint’ just doesn’t carry the same weight as it used to.

Dynamite stuff from an artist at the top of his game.

Astonishing. Up there with Lee’s very best.

“When I wrote this script, I had a black audience in mind. But that’s not to say that nobody else can enjoy it. It has been my contention all along that a black film directed by a black person can still be universal.” This was Spike Lee speaking to The New York Times in 1996 about his debut feature She’s Gotta Have It. Twenty years later those words ring especially true of his brilliant, urgent new film Chi-Raq, which reaffirms Lee as not only the most articulate proponent of black agency and identity in America today but also one of the most astute social commentators of his generation.

Set in Chicago – so-called ‘Chi-Raq’ because of its reputation as one of America’s most dangerous cities; the 2016 death toll has already eclipsed last year’s (the victims are disproportionately young black men with shooting the most common cause of death) – the film transposes Aristophanes’ comedy play ‘Lysistrata’, about abstinence in Ancient Greece, to present-day Englewood, a notorious neighbourhood situated on the city’s Southside. It’s here following the accidental death of a child – a routine occurrence which goes unchecked in a community where it’s safer to say nothing than speak out – that Lysistrata (Teyonah Parris) decides enough is enough. She moves to unite the girlfriends of rival gang members by proposing a sex strike, much to the derision of her gangster/rapper beau Demetrius aka “Chi-Raq” (Nick Cannon). But their rallying cry ‘No Peace, No Pussy’ catches on, and before long women’s groups everywhere
are commanding the attention of the world’s media by staging peaceful, impassioned protests of their own. 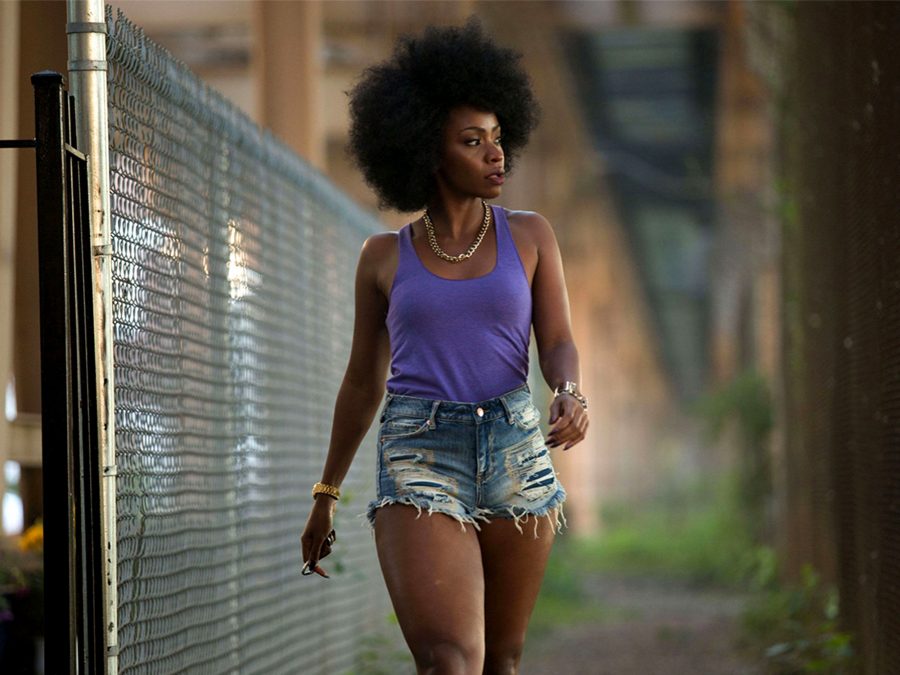 Not since 2000’s Bamboozled has Lee zeroed in on the root cause of a deep-seated social problem with such raw focus. Crucially his latest satirical polemic, which could best be described as a hip hop musical with a socially-conscious beat, doesn’t force the issue either. And while gun culture and gang violence are often taken as uniquely American concerns, the film’s scope is ultimately much broader than its title suggests. In an early scene Lysistrata is shown reading up on real-life peace activist Leymah Gbowee, who led a women’s movement which helped bring an end to the Second Liberian Civil War in 2003. Chicago (and by extension America) may not exactly be at war with itself, but it’s telling that Lee chooses to draw parallels between his country’s current polarised sociopolitical climate and that still unstable but forward looking region.

The danger is that, irrespective of the film’s incendiary message, Chi-Raq provides such high entertainment value as to somehow trivialise the actual loss of life seen in Chicago and many other cities like it. Yet the point here is to stress the power of mass protest, to underline the fact that positive action can and does lead to progress. ‘Hope’ and ‘Change’ may seem like broken promises to some, but regardless of who is in the Oval Office by the time this film is released, people won’t stop believing in a better tomorrow.

‘A Spike Lee joint’ just doesn’t carry the same weight as it used to.

Dynamite stuff from an artist at the top of his game.

Astonishing. Up there with Lee’s very best.