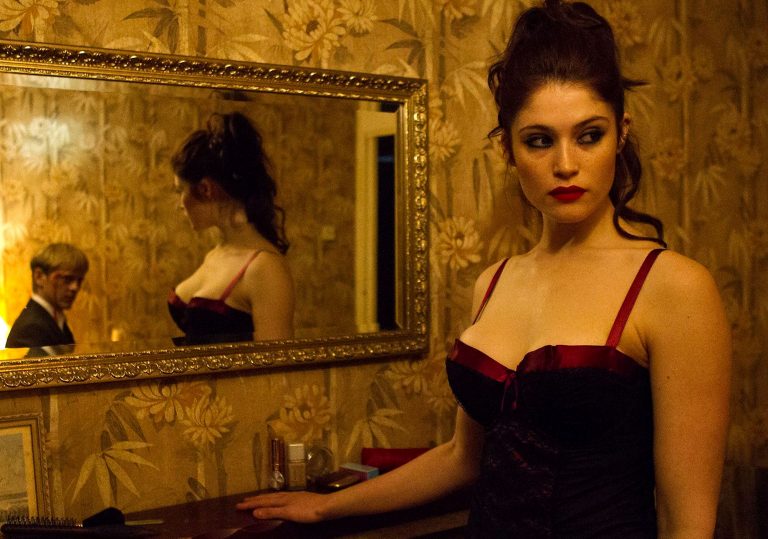 From the director of The Company of Wolves and The Butcher Boy.

There is the odd problem with pacing and Arterton’s overacting.

But Jordan has crafted a sophisticated Gothic narrative pitched between generic fantasy and more horrific realities.

“My story can never be told,” says 16-year-old Eleanor (Saoirse Ronan) in voiceover at the beginning of Byzantium. There are hints right from the outset that the story she goes on to tell may not be her own – much as director Neil Jordan (Interview with the Vampire) delivers a new monster mythos whose fangless, light-loving, long-nailed bloodsuckers are vampires, but not as we know them.

There are many stories in Jordan’s film. First there is the narrative that, in her loneliness, Eleanor repeatedly, compulsively writes down before scattering the crumpled pages to the wind like so many obscure Sibylline “scraps.” In this, she and her 24-year-old mother Clara (Gemma Arterton) are an ageless vampiric team in flight from fellow male “soucriants” for the past two centuries and burdened as much by secrecy as their lust for blood.

Eleanor’s elaborate – indeed Byzantine – story contains other sub-strands, narrated in part by the 19th-century midshipman Darvell (Sam Riley) and his libertine captain Ruthven (Jonny Lee Miller), and all transmitted to the sensitive Eleanor by Clara, who is an inveterate liar.

Then there is the story that Clara insists Eleanor tell others as part of the fugitive pair’s code of survival. In this, Clara goes by the name Carmilla (which she shares with the undead heroine of Sheridan Le Fanu’s 1872 gothic novella), the two women are sisters and Eleanor has spent some time in a care home.

What is clear is that both move together from place to place, with Clara selling herself or pimping others to ensure Eleanor’s upkeep as they try to leave a traumatic past (and the odd corpse) behind. They have now been taken in by the kindly Noel (Daniel Mays), whose faded guesthouse (named Byzantium) the ever-enterprising Clara is quick to convert into a brothel. In this seaside town, Eleanor will meet, and fall for, the leukaemia-afflicted Frank (Caleb Landry Jones), finally entrusting her story to another in the hope that “all these walls would come tumbling down.”

It is entirely possible to regard (and enjoy) Byzantium as a moody, melancholic monster movie with a more adult romantic core than could ever be found in Twilight. Yet strip the monsters away and what remains is an allegory for the undying legacy of exploitation, abuse and oppression perpetrated upon women by the vices of patriarchy. Abstract away from the evocative gothic detailings and you’re left with a contemporary social realist story akin to Paul Andrew Williams’ 2006 film London To Brighton.

“I get that you’re using the story to say bad things happened,” Frank tells Eleanor, “but why don’t you just tell the truth?” Truth, however, comes in many forms and sometimes the generic horror of vampires and devilry can be more palatable than the real-world horrors of, say, child prostitution, pre-teen pregnancy and paedophile rings. After all, escapist fantasy always brings with it the implication of a reality to be escaped.

From the director of The Company of Wolves and The Butcher Boy.

There is the odd problem with pacing and Arterton’s overacting.

But Jordan has crafted a sophisticated Gothic narrative pitched between generic fantasy and more horrific realities. 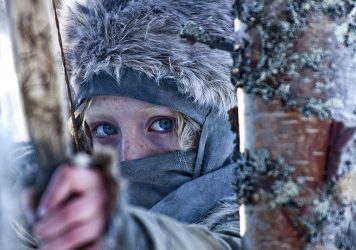 Any intrigue established in Hanna is smothered by a director unable to overcome his own art house ambitions.