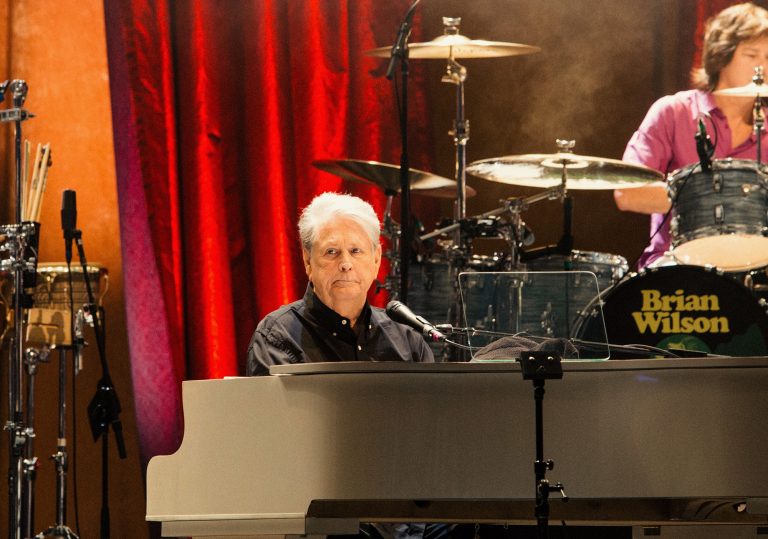 Up close and personal with a famously reticent subject.

Up close, sure, but hardly personal.

It’s revealing, if only of how opaque Wilson is.

In the almost half-century since Pet Sounds exploded all notions of what pop could do and be, the legend of its chief architect Brian Wilson has become as well-known as the melody to any of his songs. The (beach) boy genius whose prodigious musical acumen earned him comparisons to Mozart before he’d left his teenage years wasn’t cut out for the psychological demands of his success, and buckled under the pressure placed upon him first and foremost by himself.

As he rose to the top of the business, an exacting combination of anxiety, depression, schizoaffective disorder, and drug use sent him retreating into the sandbox of his mind to commune with his wounded inner child. After years of reclusion and instability, he’s gotten back on an even keel in middle age, but his chronic shyness persists in the interviews that yield little more than clipped answers of one or two sentences rehashing matters of public record.

And so the new documentary from Brent “No Relation” Wilson arrives with the promise of a more candid, intimate look at a man reluctant to bare the innermost parts of himself. To ease Brian’s nerves, Brent structures the film as a drive down memory lane with an easygoing chauffeur, as Rolling Stone editor Jason Fine (a regular interviewer of Brian, at one point tapped to cowrite his autobiography) shuttles his pal around SoCal locations relevant to his past.

Though they’re aiming for a casual, confessional tone in the vein of the visually identical Comedians in Cars Getting Coffee, the deferential terms of their production just allow Brian to shrug off all but the most comfortable softball inquiries. Every time Fine prods him about something with revelatory potential — his reaction to the early surges of press, discord within the group, really any opinion-based query — he briefly recalls an inconsequential anecdote from the period in question and settles back into his seat.

There’s no talk of Beach Boys member Mike Love, or the many acts of passive and active aggression that have sowed a bitter enmity between him and Brian. We hardly get any self-reflection on the state of his legacy, the only suggestion of whether he’s fond or wistful about these chapters of his life evident in his reactions. When Fine stops by the former home of Brian’s late brother Carl, he stays in the car and has a private cry while Fine gets out to give him a moment.

The pussyfooting that’s earned Fine entry to Brian’s inner circle also bars him from getting anything meaningful during their interview. His half of the stilted, halting back-and-forth often slips into the awed obviousness of a fan; Brian will mention “Good Vibrations” or “California Girls” and Fine will mutter “that was huge, yeah,” in the approximate tenor of Chris Farley.

To a partial extent, Brian’s withdrawn temperament can’t help but reveal the person he’s grown into, his terse shyness telling on itself. We see that he’s in a weakened state despite his self-proclaimed good health, unable to walk without clutching onto the arm of an escort. While having lunch at a diner, he mentions offhand that he feels like he hasn’t talked to a real friend in three years, a shattering divulgence he nonetheless makes in an unaffected voice obscuring his emotion.

Far from the all-access portrait it would like to be, Brent’s film still manages to show what it looks like when someone avoids introspection at all costs. We may never fully know who Brian Wilson is, but in his resistance of that knowing, we gain clarity on a crucial plank of his latter-day persona.

Up close and personal with a famously reticent subject.

Up close, sure, but hardly personal.

It’s revealing, if only of how opaque Wilson is. 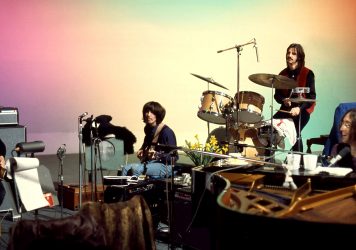