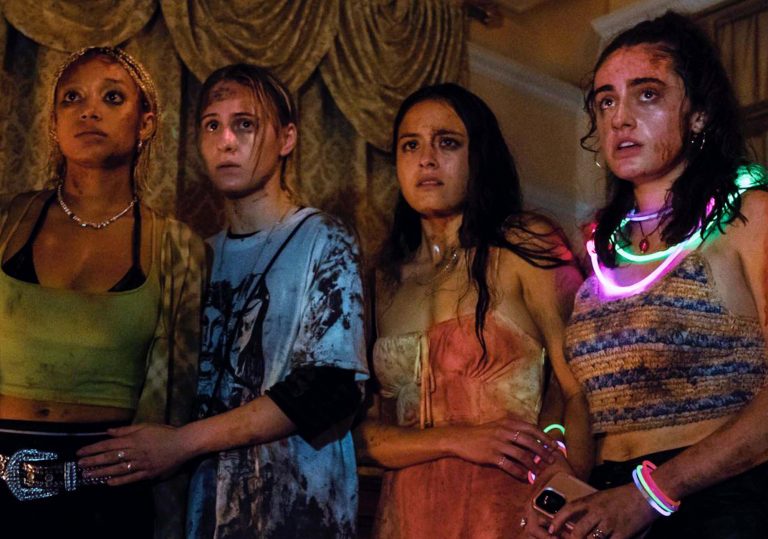 A little over-eager in hitting all of its slightly banal cultural touchstones.

Memo to Sennott and Pace: please work together again.

Halina Reijn's amusing debut feature satirises Gen Z nihilism but doesn't have much to say about the pop culture stereotypes it depicts.

It is a truth universally acknowledged that any affluent American young person with an empty house for the weekend must organise a house party. Risky Business, Superbad, Project X, Booksmart… there’s a rich tradition in Hollywood of documenting kids letting loose, and no matter the genre, packing a hormone-heavy group of college grads into a confined space is a sure-fire recipe for chaos.

So it goes in Halina Reijn’s slasher debut Bodies Bodies Bodies, from a screenplay by Sarah DeLappe, and based on a premise by Kristen Roupenian, whose short story Cat Person became a global sensation when it was published in the New Yorker in 2017. Seven friends assemble at a remote mansion for a hurricane party, where their promised night of deburchery quickly devolves into carnage after a game of Bodies Bodies Bodies – a variation on the party game Murder in the Dark – goes badly wrong.

Reijn and DeLappe aim for a hyper-current Gen Z tone – which does mean the film is likely to age as well as milk – complete with TikTok dances and tone policing, though even spoken by some of Hollywood’s hottest young stars, the dialogue tends to come across as a little forced. 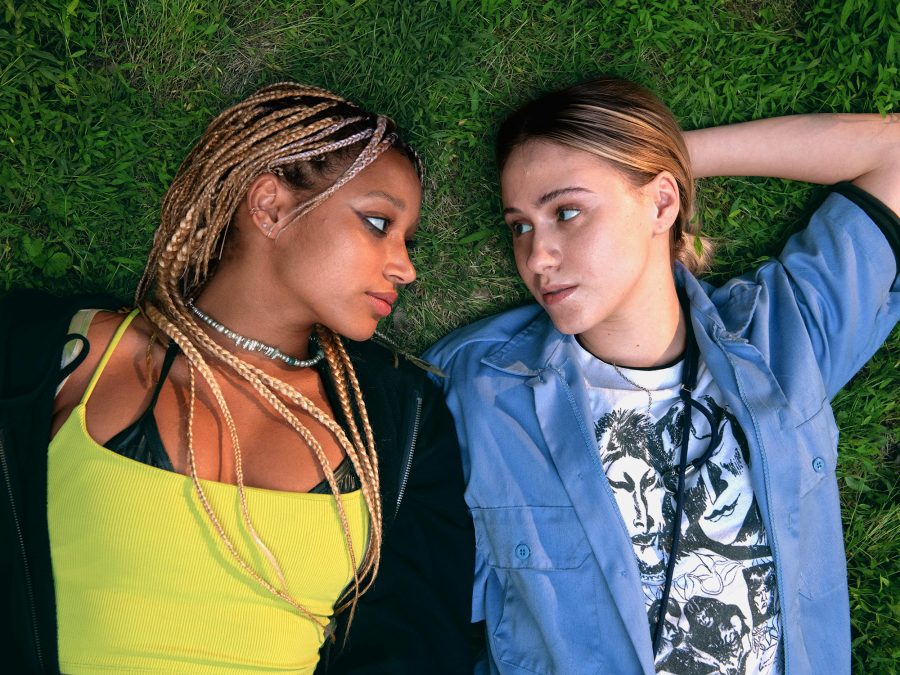 The characters themselves are uniformly dislikable in different ways, a vapid group of middle-class kids with seemingly no interests beyond partying and bitching about one another. Bee, the ostensible audience surrogate, is an exception, but so underwritten as to give Bakalova – who was a highlight of 2020’s Borat: Subsequent Moviefilm – little room to flex her comic skills.

The standouts among the cast are Sennott and Pace, who make for a charmingly oblivious odd couple. They manage to make the most of their thinly-sketched characters, and it’s a shame we don’t really get to see more of them once the body count racks up.

The ‘party game gone wrong’ trope is a classic in horror cinema, so there’s a kernel of a good idea at the heart of Bodies Bodies Bodies. Yet this Gen Z refresh does come across as a little try-hard in spirit – it’s a film that makes gestures to contemporary pop culture without really having much to actually say about how young people interact with each other in our hyperconnected age, or indeed if they’ve learned anything from a lifetime spent absorbing horror movies and true crime YouTube videos.

It’s passable as a mildly amusing twist on the slasher genre, but its lack of strong identity or coherent thesis means there’s little that sticks in the mind after the credits role, and ultimately does a disservice to its crop of talented stars.

A little over-eager in hitting all of its slightly banal cultural touchstones.

Memo to Sennott and Pace: please work together again.