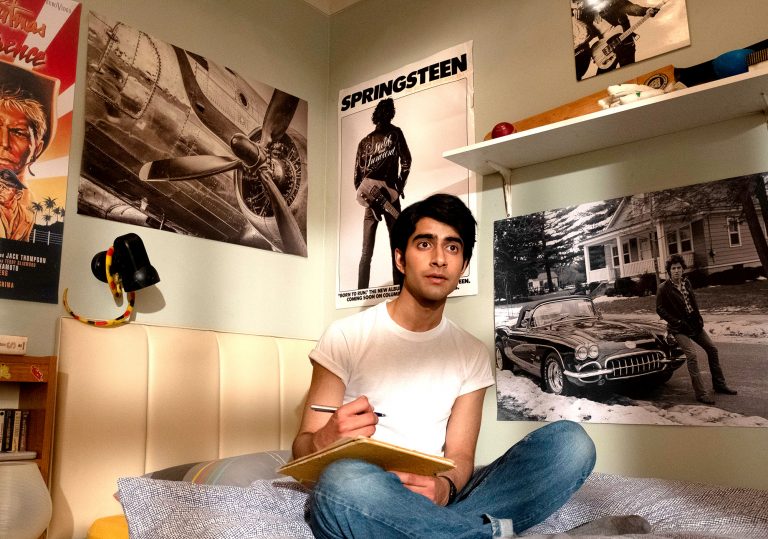 A Luton-set tale of growin’ up inspired by the songs of Bruce Springsteen? Could work.

You can’t escape the ties that bind – or indeed, films about them.

The notion of music as the ultimate universal language gets a good-natured going over in this upbeat but gushingly sentimental coming-of-age story. Plot-wise it’s essentially a wholesale reprise of director Gurinder Chadha’s own 2002 hit, Bend it Like Beckham, only replacing footie with fandom – in this case for The Boss himself, Bruce Springsteen, a seemingly unlikely fixation for a Pakistani teen in ’80s Britain.

But Blinded by the Light isn’t a picky film, taking its cues from countless stories involving youthful ambition frustrated by old-fashioned parents, from Rebel Without a Cause through to Footloose. It’s just disappointing that Chadha and her co-writers Sarfraz Manzoor and Paul Mayeda Berges make so little effort to buck the formula.

Adapted from Manzoor’s 2007 memoir ‘Greetings From Bury Park’ and given the seal of approval by Springsteen himself, Blinded by the Light sets us down in suburban Luton in the year 1987 (cue grainy footage of Thatcher, Reagan and the miner’s strike). Javed Khan (Viveik Kalra) is a hopeless nerd, scribbling Adrian Mole-esque poems about his sucky life and avoiding eye contact with girls.

But when he meets committed Brooce fan Roops (Aaron Phagura), Javed’s world snaps into focus. The Boss may hail from another continent entirely but his and Javed’s concerns are essentially in sync: they both believe in a promised land of love, acceptance and escape from the shadow of overbearing parents.

Because yes, Javed’s dad Malik (Kulvinder Ghir) is something of an old stickler, unable to accept that his son might want to pursue something other than a career in business (you hope that somewhere in the world there’s a support group for Pakistani fathers to help them deal with the relentless monstering they receive from Britain’s filmmakers). But Javed doesn’t care about economics, and he certainly can’t face a career at the local car plant. Baby, he was born to run!

And that’s where Blinded by the Light takes its biggest risks. When Javed slips in his first Bruce cassette the film abruptly shifts gears, dropping the soap opera realism, animated lyrics suddenly flash on screen and cast Javed in stark theatrical light. It’s a bold, unexpectedly thrilling moment of youthful awakening, but later efforts to weave Springsteen’s iconic songs into the narrative are less successful. A sweetly impromptu rendition of ‘Thunder Road’ in a flower market is derailed when a mulleted Rob Brydon barges in on backing vocals, while a kooky Jules et Jim-inspired romantic montage set to ‘Born to Run’ just falls flat.

After its initial flashes of inspiration, Blinded by the Light never really attempts to surprise us again – the plot runs on rails, and at almost two hours it can feel like a bit of a long haul. Kalra makes for a winning presence in the lead, but he’s often stymied by some agonising dialogue – have song lyrics ever sounded good read out as prose? To be fair, Springsteen himself is rarely subtle – his songs say what they mean, and so does Blinded by the Light. But his lyrics are still poetry, filled with ache and elegiac beauty. There’s precious little of that here.

A Luton-set tale of growin’ up inspired by the songs of Bruce Springsteen? Could work.

You can’t escape the ties that bind – or indeed, films about them. 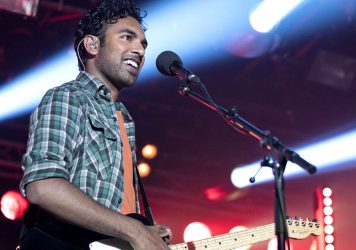 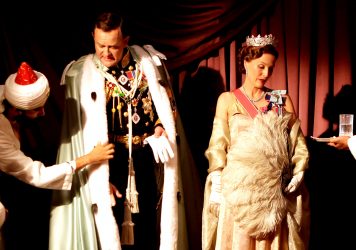