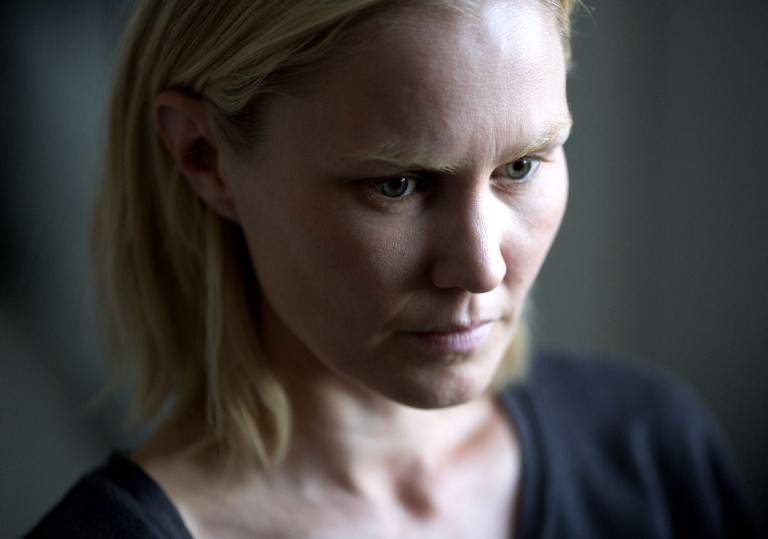 From the writer of Joachim Trier’s Reprise and Oslo, 31 August. And that's a quality CV if we ever saw one.

Initial patience is rewarded generously with a film which brandishes its intellect with pleasing lightness.

Definitely one that repays repeat viewings.

The writing process comes to life in Eskil Vogt’s unsentimental exploration into a woman who loses her eyesight.

There’s an old adage that says when one sense is impaired, others will naturally strengthen in their place. With this extremely clever and perceptive debut feature, Eskil Vogt proposes that this apocryphal physiological quirk shouldn’t be limited to just the senses, but to imagination, intuition and philosophical perspective. For no medically calculable reason, Ingrid (Ellen Dorrit Petersen) one day begins to suffer from blurry vision in one eye.

By the time she’s in front of a doctor, both eyes are fogged up and she’s told that she will soon be blind. Her husband, Morten (Henrik Rafaelsen), is an architect who appears to have naturally adapted to his wife’s problems, though she suspects he may be cheating on her. She wouldn’t know for certain, having chosen to live out a cloistered existence, flitting around in their bright, airy pad. Yet this situation of being unable to carry out simple daily tasks sets her imagination into overdrive, and she compensates for the dearth of stimulation through alternative means.

If it sounds like a fairly cut-and-dried relationship drama in which a couple’s fidelity is tested by the random degradation of the body, it’s not, and props are due to Vogt for shunning melodrama at every possible opportunity. Blind is a predominantly affirmative portrayal of the sensorily deprived, more interested in exploring the inner rather than the outer life. Ingrid has to learn to accept that, say, making a cup of tea or heating up a bowl of soup is no longer the reactive process it once was, but she doesn’t dwell on those difficulties, instead focusing her attentions on the things she still can do well (and to reveal what those ‘things’ are would be a major spoiler).

The Academy Awards set would likely remain unimpressed with the film, as it posits the radical notion that disability does not automatically result in either great suffering or great fortune — it banally sits somewhere in the middle, and its depiction on screen requires a performance of awkward nuance rather than full-bore, over-learned theatrics.

When fully contextualised, these characters are what confirms that Blind is not in any way a social realist document, but something more exhilaratingly metaphysical. It’s a film about films, espousing the joys of fiction as a way to transport us into exotic locales, to see other worlds and meet other people without ever having to leave the dinky urban prisons we call apartments.

From the writer of Joachim Trier’s Reprise and Oslo, 31 August. And that's a quality CV if we ever saw one.

Initial patience is rewarded generously with a film which brandishes its intellect with pleasing lightness.

Definitely one that repays repeat viewings.