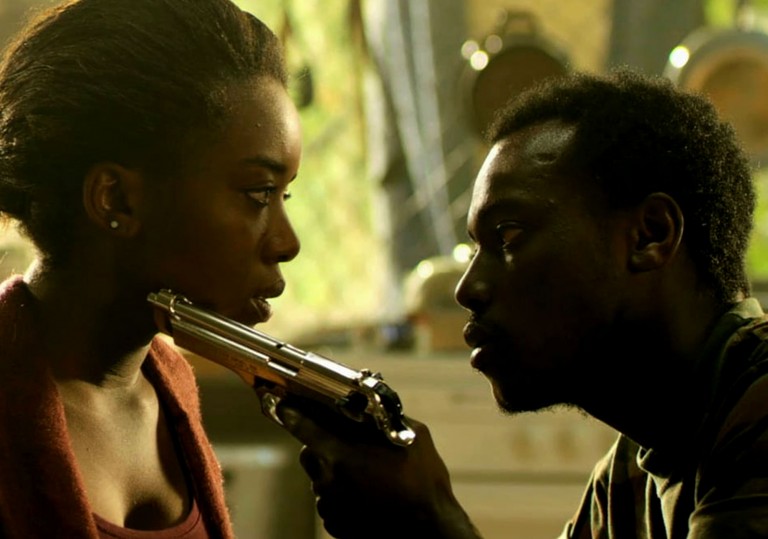 Very well put together, but the material is way too familiar.

El Arbi and Fallah will be back, and probably with something stronger than this.

Gang warfare on the streets of Brussels is the backdrop of this flashy but unfulfilling romantic tragedy.

With visual dynamism and camera-swishing flash in abundance, Adil El Arbi and Bilall Fallah’s Black sorely lacks for compelling, original characters and interesting situations. Adapted from two novels by Flemmish author Dirk Bracke, the film takes the hoary old template of Romeo and Juliet and updates it to the mean streets of Brussels, where gang warfare and petty crime is rife. Its examination of territorial violence and the way in which immigrant communities often find themselves at loggerheads for local supremacy takes a back seat to a contrived retelling of the Bard’s time-honoured tragedy. And it never works, with each twist coming as a necessary manipulation to fit the hallowed source rather than a natural, surprising progression to the narrative.

We’re introduced to gobby, hyper-confident Moroccan hood, Marwan (Aboubakr Bensaihi), as he struts up to a parked car with a brick in his hand and, without a second thought, smashes through the window with a female driver left to gawp and scream at this sudden invasion. His habitual looting of high street stores, as detailed in a propulsive, music-driven montage, gets him cuffed and up for booking. While awaiting his fate, he bumps into a low-level enforcer from a gang of black Belgian nationals, Mavela (Martha Canga Antonio). From the very first moment, theirs is a love that is star-crossed.

As the film rolls on, Arbi and Fallah gradually ramp up the violence. The street scuffles and back alley dust-ups soon lead to gunplay, horrific group torture and gang rape. These scenes, which become more regular as the film reaches its climax, grate up against the heavy stylisation – they’re made to look like grotesque performances rather than horrible reality. Side players, such as gang leader X (Emmanuel Tahon) and Marwan’s older brother, Nassim (Soufiane Chilah), are locked into a regressive mindset, always wanting to fight for reasons of national pride. Their nastiness is inhumane – there’s seldom a moment where you would understand why Marwan and Mavela would want to be associated with these people.

And yet, this does work as a very handy calling card film. It neatly showcases the directors’ ability to draw out energetic performances from their young cast, and how they’re able to build up an energising visual momentum with cuts, whip-pans, fast tracks and lots of cosmetic lens flare. The film it most recalls is Fernando Meirelles’ favela shoot-em-up, City of God, and also suggests that Hollywood will come a’knocking sooner rather than later.

Very well put together, but the material is way too familiar.

El Arbi and Fallah will be back, and probably with something stronger than this.