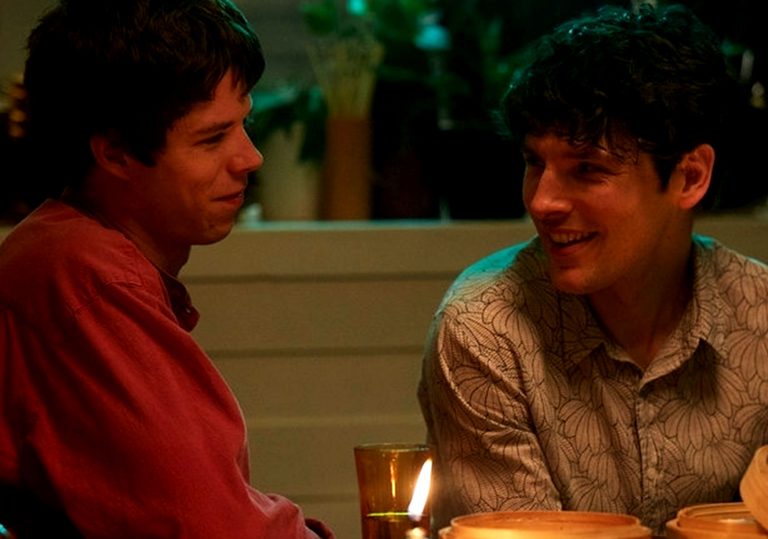 Simon Amstell is a man of many talents.

Based on Amstell’s own angst-ridden years in the public eye, Benjamin is a director suffering his own brand of Second Album Syndrome ahead of the premiere of his new film, No Self, having received great acclaim for his first feature years prior. At least, as his producer’s practical and despondent mantra suggests, in the event of total catastrophe, one day no one will remember him or his work.

Benjamin is a film comprised of quiet and tender moments balanced by Amstell’s blend of comedic tragedy and self-deprecation. Joel Fry’s character, Stephen, as Benjamin’s closest friend, is central to some particularly affecting moments. He shares Benjamin’s affliction of troubled self-expression with his own career woes as an ailing stand-up comic, and when he does manage to be vocal about his problems they are masked by his dry humour and flippancy.

The two men babble their way through social anxiety with excessive dialogue that at once seems to reveal everything and nothing about them, keeping them both at arm’s length from the affection they crave. Even in their gloom, Fry and Morgan make a charming pair while French actor Phénix Brossard, as Benjamin’s love interest Noah, brings an added sweetness to the film’s romantic subplot.

Benjamin’s work, like Amstell’s, is nakedly confessional but luckily the director’s film succeeds where his character’s does not. Benjamin is a layered exercise in torturous yet cathartic self-reflection, and an earnest exposé on Amstell’s own career anxieties and troubled relationships bottled away into heartening fiction.

Simon Amstell is a man of many talents.