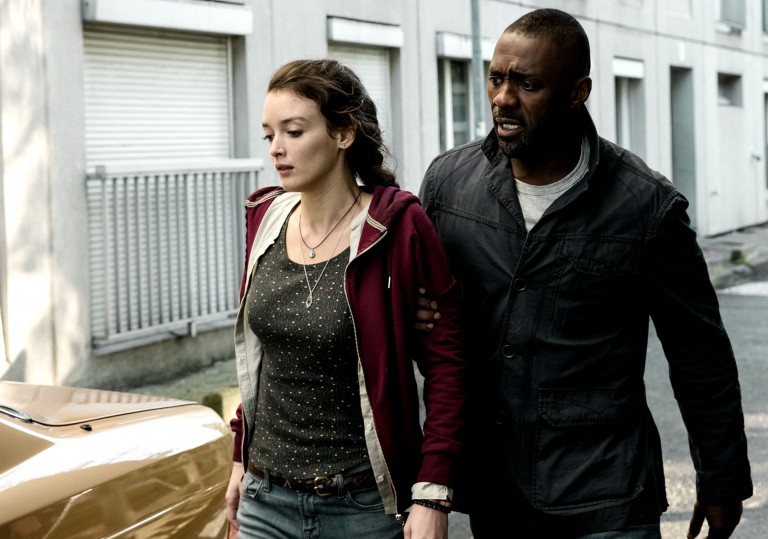 Can Idris Elba kick-start his own Taken-style mini franchise?

Yes. But is that really a good thing?

How to solve a riddle like Idris Elba? The camera loves him. He slots easily into a wide range of styles and genres. And he appears to take his craft seriously. He should be wading, waste-deep, in statuettes by now, but it’s sad to have to acknowledge that he has yet to fulfil his potential as a film actor. Even half of that potential if we’re being brutal. On the small screen, in the likes of Luther and The Wire, he just works. But when the scope widens just a small fraction, it all seems to fall apart.

Bastille Day is another sorry case in point, a film that’s not worthy to touch the hem of its leading man’s garment. Elba plays Sean Briar – a maverick, renegade, no-shit-taker, etc. He’s a CIA operative working out of Paris with a remit of detecting and foiling terrorist plots. A bomb goes off and people die, apparently planted by rapscallion pickpocket Michael Mason (Richard Madden). It just happens that there was a dirty clump of plastic explosive hidden within a teddybear in a bag he snatched, but if he’s not at fault, then who set this device to go boom?

Within the first 15 minutes of the film, the battle lines between who’s good and who’s bad are so firmly established that any potential for surprise in the ensuing 75 minutes is sadly neutralised. Much mileage is extracted from Mason and Briar’s mis-matched relationship, the former the cheeky, fast-talking sleight-of-hand artist, the latter the burley, monosyllabic destruction artist. Though tensions are high in the French capital, government officials question whether matters are so bad that the national Bastille Day holiday should be cancelled this year. Yet it transpires that the evildoers are looking to re-storm the “bastille” (the national bank) and steal a huge amount of money in the name of an anti-capitalist coup.

Politically the film doesn’t stray too far onto dubious ground – it challenges the assumption that when there’s an attack on a major world capital, our accusatory glance is immediately trained towards religious groups, ethnic minorities or leftist protestors. There are also some nicely choreographed action set pieces that rely on movement and detail rather than loud noises and bombast. A play has been made to secure Elba his own Taken-style hard man franchise, and whether it results in further adventures will be entirely down to box office receipts.

Can Idris Elba kick-start his own Taken-style mini franchise?

Yes. But is that really a good thing?