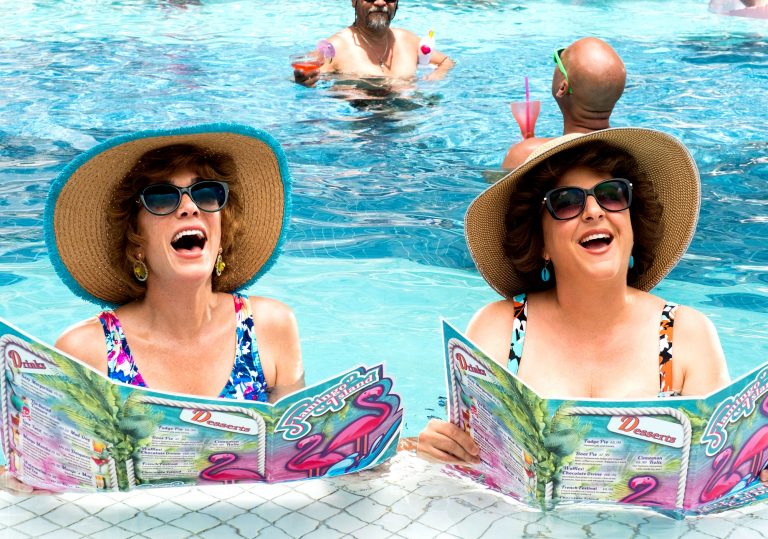 We’ve waited an entire decade for a new Wiig-Mumolo collaboration.

A triumph of comedic idiosyncrasy at a dire time for the genre.

“I love you with all my fart.”

This female buddy comedy starring Kristen Wiig and Annie Mumolo is a silly delight from start to finish.

In 2011, Kristen Wiig and Annie Mumolo conquered the box office and landed a joint Oscar nomination for writing Bridesmaids, a post-Apatow buddy picture founded on loose improvisation and female camaraderie. It’s easy to imagine the amply deserved career wherein they spent the 2010s repeating their greatest success, either to fabulous or diminishing returns, but that’s not how the following decade played out.

Due to a combination of the talent taking time to pursue independent interests, studios shying away from mid-budget comedy, long-form absurdism being mostly out of fashion at the multiplex, and surely some sexism in there somewhere, their follow-up Barb and Star Go to Vista Del Mar has had a long, difficult road to its unceremonious release.

Lionsgate has damned this wonderfully eccentric passion project with a streaming-only debut all but hidden by the lack of a meaningful ad campaign, though one can see why the studio may have anticipated a knee-jerk revulsion from viewers expecting another down-the-middle crowd-pleaser.

Where Bridesmaids was broadly accessible and grounded in a plausible humanity, Wiig and Mumolo’s latest is pitched at an eccentric, specific register and liberated by its own commitment to silliness. Like its spiritual predecessors Hot Rod or Popstar: Never Stop Never Stopping – or, to go back a ways further, the exquisitely doofy Chris Elliott vehicle Cabin Boy – a fate of obscurity and eventual cult embrace awaits this screw-loose oddity. That it got made at all is the real victory here. 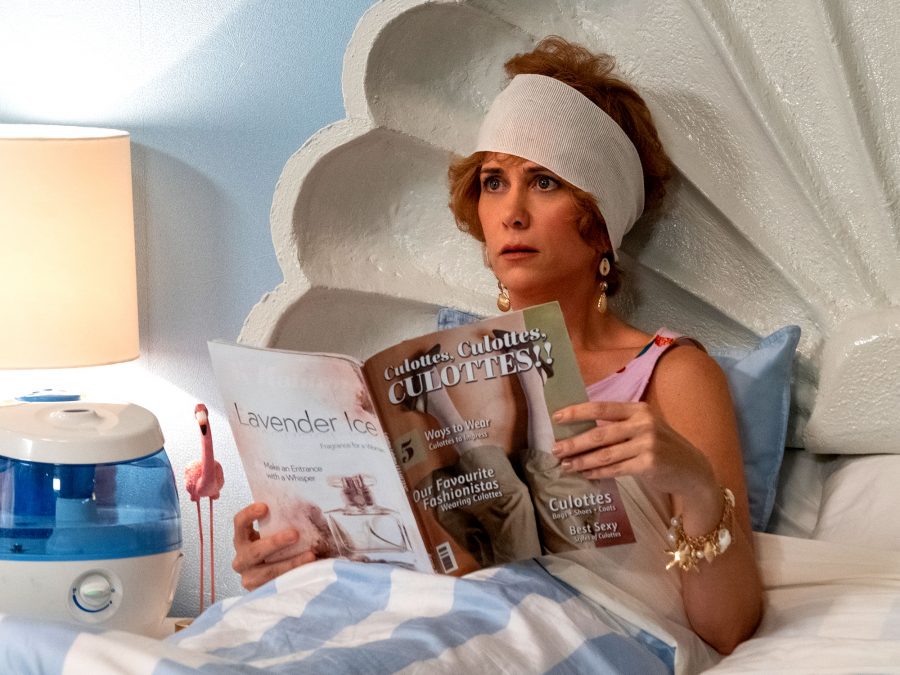 Their zany hijinks put some zing back into fortysomething femininity, but the arrival of the hunky Edgar (Jamie Dornan, in an ingenious casting coup playing on the 50 Shades star’s image of sexual awakening for repressed women in middle age) tests the bonds of their friendship. Except he’s only there to carry out the orders of an albino supervillainess (also Wiig, looking like the lovechild of Edna Mode and Powder) bent on destroying the town’s Seafood Jam festival, where she was humiliated and shot out of a cannon all those years ago.

While the unhinged plot has sufficient emotional substance to feel like more than a collection of sketches, it’s mainly a pretence for flurries of sight gags and the non-stop schtick from a duo uniquely keyed in to a shared frequency. Mumolo and Wiig have been honing their chemistry since their days rising through the ranks of improv troupe The Groundlings, and their fine-tuned timing makes all the difference between the humour of annoyance and just being annoying.

Delivering punch lines in perfect melodic unison, they both fit snugly into an off-kilter cinematic dimension of impromptu musical numbers, inadvisably pierced labia, and one animatronic crab named “Morgan Freemond” that speaks with the voice of Morgan Freeman.

Destined for endless quoting and rewatches from an inevitable fanbase, the film proudly occupies a self-fashioned niche, even if the charm being exuded may seem irresistible to those already amenable. If there’s any goodness left in this world, however, these diagnoses of focused appeal will be off-base. Like Barb and Star themselves, befriending everyone who crosses their path, it’s so winningly ebullient and weird that it can pull in anybody with its cheery Midwestern looniness and make them into an instant convert.

We’ve waited an entire decade for a new Wiig-Mumolo collaboration.

A triumph of comedic idiosyncrasy at a dire time for the genre.

“I love you with all my fart.” 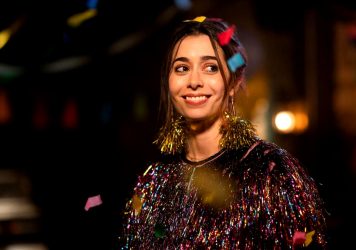 How Palm Springs breaks the problematic pattern of time-loop romances 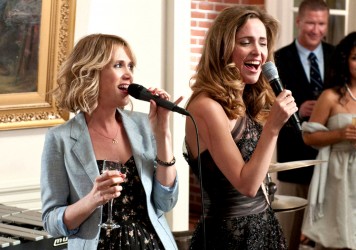