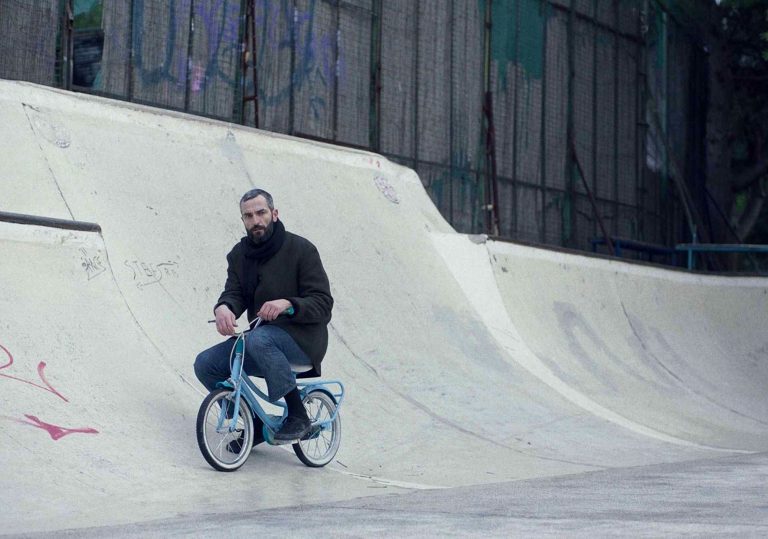 A student of Yorgos Lanthimos, you say?

An intriguing concept, but meandering pace.

A promising debut that lacks that extra spark.

We’re yet to reach the peak of pandemic cinema, which is surely headed our way in the next few years, but at least Greek filmmaker Christos Nikou’s directorial debut offers something a little different from the usual fare about coughs and sneezes bringing about global ruin.

Apples is set in a world where an inexplicable amnesia outbreak causes people to suddenly lose their memory, leaving those who cannot be identified by loved ones to be cared for by the state. One such unfortunate soul is Aris (Aris Servetalis) a quiet middle-aged man who is discovered on a bus with no idea who he is and no documents on him to provide clues as to his identity. Placed in a programme which aims to provide new identities to the “unclaimed”, Aris must start his life over.

Aris is encouraged by his therapist to take photographs of himself experiencing life in order to demonstrate his assimilation back into society. He borrows a small bike from a child, which presents a Chaplin-esque moment as he (a hulking, sombre adult) tries to stay upright.

Familiar items from the past – apples and music – offer Aris a chance to reclaim his memory, but the potential for a fresh start with fellow amnesiac Anna dances in his periphery. Mileage may vary based on your threshold for adults acting like children, and the pace is glacial, but Apples isn’t without its charms.

Certainly Nikou is influenced by perennial Greek absurdist Yorgos Lanthimos (he served as second-unit director and script supervisor on Lanthimos’ 2009 drama Dogtooth) and Apples has a similar air of the austere about it. While Lanthimos’ work delights in exhibiting human misery, this is more interested in human connection, and the extent to which memories form our identity.

It’s a tender but slight debut from Nikou, though certainly signals him as a filmmaker to keep an eye on.

A student of Yorgos Lanthimos, you say?

An intriguing concept, but meandering pace.

A promising debut that lacks that extra spark. 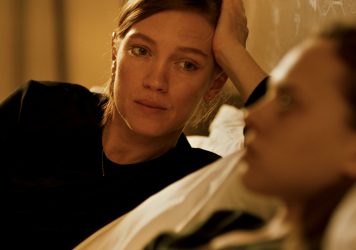 This low-key but effective tearjerker sees a young mother become caregiver to her ailing daughter.