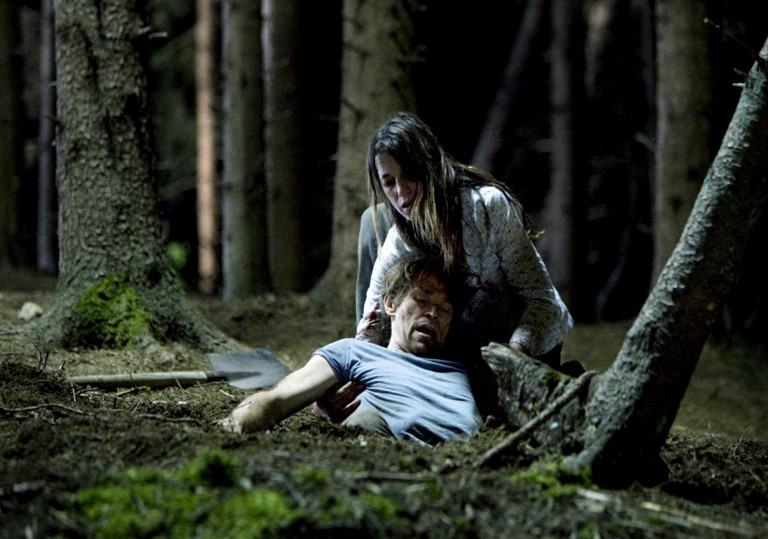 Von Trier does horror? Wow. But the trailer looked dull.

The trailer left out the talking fox, the hardcore sex and the circumcision.

Crazy but irresistible. Confirms von Trier as the mad master-imp of world cinema.

The first words that appear on screen? ‘Lars von Trier’. The next? ‘Antichrist’. The biggest mistake you can make with Denmark’s bad-boy auteur is taking him too seriously. Because he’s joking. Even when he’s deadly serious. Is Antichrist a joke? No. And yes. Label it audacious on-screen catharsis; the worst-date movie ever; and von Trier at his most vulnerable. Written when the 53-year-old was bedridden by depression, Antichrist can only really be called shock therapy.

His ‘horror’ film (although it barely fits that genre) begins in captivating beauty. Lensed in slo-mo by DoP Anthony Dod Mantle in gleaming black-and-white to Handel’s ‘Lascia Ch’io Pianga’ (translation: ‘Leave me to weep over my cruel fate’), Antichrist’s prologue sees a couple having passionate sex as the snow tumbles outside. In another room, their two-year-old son falls to his death from an open window, landing in the street below like a broken snow angel.

Already, von Trier is messing with us. The stunning imagery runs way too close to art-school pretension for it to be anything other than deliberate. We flash to colour and real-time: the woman (Charlotte Gainsbourg) crumpled with grief; her therapist husband (Willem Dafoe) taking her to an isolated cabin in a forest called Eden. Given that von Trier breaks up his movie with chapter headings like ‘Pain’, ‘Grief’ and ‘Despair’, you get the feeling that recuperation isn’t exactly on the cards.

Sure enough, after a measured, masterfully paced first 45 minutes, Gainsbourg rapidly goes mental – along with the movie itself. Glimpsed briefly in statuette form in the prologue, a deer, a crow and a fox all provide grisly portends of what’s to come. “Chaos reigns,” growls the Fox. Yes, it’s a talking fox. Go figure.

Scenes of beauty continue to surface – from Dafoe’s incredible-looking face in close-up, to Gainsbourg willing herself to blend into the grass – before von Trier finally spins over the top and down the other side. Psycho-horror goes body-horror goes torture-porn. How bad does it get? The bludgeoning of an erect penis. A hand-job followed by blood-spunking. Female genitals scissored in graphic close-up. A man’s leg impaled then filled with a wheel.

“Nature is Satan’s church,” spits the woman. But whatever von Trier has to say about nature, sex, women, religion or anything else gets lost in his violently provocative images. We get no answers from the oddball coda. By now, Antichrist has revealed itself as anti-everything: anti-commercial, anti-critical, anti-horror, anti-art-house.

But it’s hard to think of another filmmaker who’s feverishly attempted to express his own psychological traumas with such outrageous abandon. Chaos reigns, indeed, as the mysterious violence of human nature destroys Dafoe’s naïve attempts to calmly reason through his wife’s distress with psychobabble.

The 53-year-old Danish auteur calls it “the most important film of my career.” Powerful, daring and fractured, if Antichrist is the most serious deadpan joke ever told, it’s a self-deprecating one as much as anything. It’s thrilling to see that von Trier’s vicious sense of mischief, his moviemaking skill and his desire to smash limits and expectations all remain undimmed.

Von Trier does horror? Wow. But the trailer looked dull.

The trailer left out the talking fox, the hardcore sex and the circumcision.

Crazy but irresistible. Confirms von Trier as the mad master-imp of world cinema. 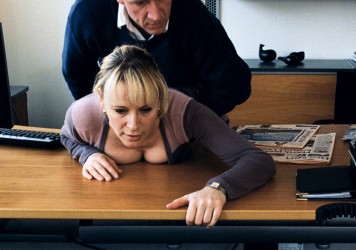 The Boss of It All