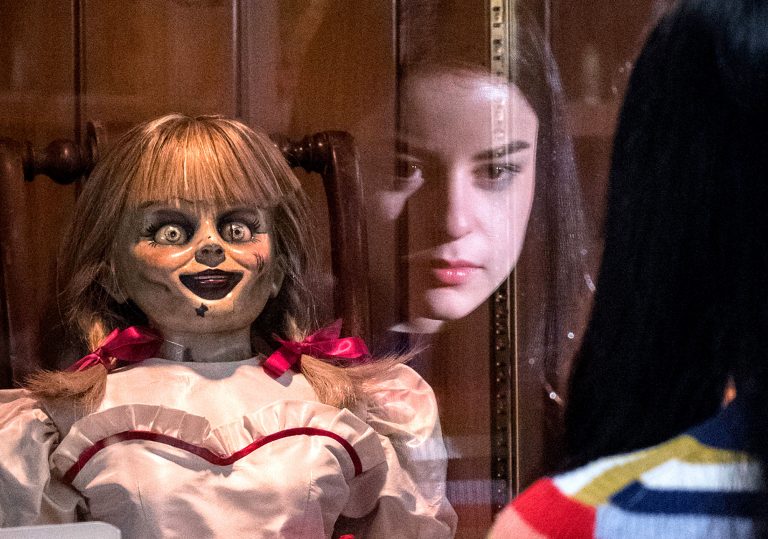 Love me some Annabelle.

Uncanny, irrational and unpredictable on the inside.

Sweet-natured yet inconsequential from the outside.

The demonic doll is back playing paranormal havoc as this horror franchise points to its future.

When Annabelle first showed up in the opening scene of James Wan’s 1971-set The Conjuring, it was a way of introducing us to the casework of Ed and Lorraine Warren, the real-life husband-and-wife team of demonologists – or, if you prefer, media-embracing charlatans – here played by Patrick Wilson and Vera Farmiga.

This was also, although perhaps nobody quite knew it at the time, our introduction to the Conjuring universe, an expanding franchise of horror films that fan out from the Warrens’ work and their circle of connections. The sequence, in which the Warrens take the demonic doll off the hands of some freaked-out students, also seemed to mark the end of the narrative line for Annabelle, now safely locked away in a glass cabinet (of curiosities) at the Warrens’ Connecticut home.

There was nowhere left for Annabelle to go – nowhere, that is, except backwards. Accordingly her first solo spin-off film, John R Leonetti’s Annabelle, takes place shortly before the events of The Conjuring; and its better sequel, David F Sandberg’s Annabelle: Creation, goes all the way back to the doll’s origins in the ’40s and ’50s. Now, however, Annabelle Comes Home looks forward. In his directorial debut, Gary Dauberman (who has written all of the Annabelle films as well as 2018’s The Nun) begins with the Warrens taking Annabelle home with them again, on the way experiencing something of her awesome powers.

With the doll now under lock and key, this is to be the story of an escape attempt – and it also looks towards the next Warren generation, as their young supernaturally gifted daughter Judy (Mckenna Grace) is left home with only teen babysitter Mary Ellen (Madison Iseman) , Mary Ellen’s best friend Daniela (Katie Sarife) and a roomful of malicious beings for company. Daniela’s sense of guilt over her father’s recent death leads her to break into the Warrens’ artifacts room and, in seeking contact with the other side, to unleash the many dark spirits within.

It might, with a certain cynicism, be observed that in opening up the Warrens’ forbidden storeroom of oddities, Dauberman is also offering an index of Conjuring spin-offs to come. Now nobody will be surprised to see new films featuring the lycanthropic Hellhound, the knife-wielding Bride, the Feeley Meeley board game, the coin-operated Ferryman, the Samurai Armour, or even that damned wind-up Monkey with the Accordion – quite possibly with the younger Judy now leading the spiritual war against them. Meanwhile, over one long night of pandemonium, the restless entities play havoc with the three women and Mary Ellen’s would-be boyfriend Bob (Michael Cimino), in a psychic onslaught that brings these young people closer to both death and the infinite.

Dauberman plays the games of peek-a-boo that unify the seven films of this franchise, toying with our perceptions and expectations. In one particular sequence, on an old television set Daniela sees a moving image of herself two seconds into the future. Neither she, nor we, can see what is coming, only how she will react to it – and this simple yet utterly effective set-up carefully modulates our own reaction to fears foretold, where the tension of watching and waiting far outweighs the actual, inevitable jump scare to follow.

Likewise Annabelle herself, whose menacing grin is fixed and who neither speaks nor is seen to move (even if her location changes), is less frightening for what she actually is (a creepy looking porcelain doll, quite different from the Raggedy Ann doll, here briefly glimpsed on TV, that the real Warrens kept locked away) than for her well-advertised potential to do harm (“Warning!” says the sign on her case, “positively do not open”). It is that potential which we have been primed to anticipate, even if only by seconds, and which, however momentarily, has our soul constantly leaping into our throat.

Without wishing to spoil anything, this is easily the best-natured of the Annabelle films, showcasing plenty of uncanny threat without ever really following through. Its high-school leads are all likeable, sympathetic characters, with even Daniela, who releases all the house’s pent-up evil, escaping being demonised herself. It ends, as most teen house parties do, with a few breakages of property – and of house rules – but also with order largely restored before the parents can come home.

Ed and Lorraine take a backseat here, literally absent through most of the spooky goings-on in their own home, and leaving it to the next generation to take care of paranormal business. This acquires a certain poignancy given the dedication in the closing credits to the real Lorraine Warren, now forever absent after her death earlier this year – although her and her husband’s cinematic ghosts will no doubt be back soon for The Conjuring 3.

As for Annabelle herself, her case may be closed, but we now know that it can be reopened anytime by the guilt-ridden, the transgressive or the curious, which is, at times, all of us.

Love me some Annabelle.

Uncanny, irrational and unpredictable on the inside.

Sweet-natured yet inconsequential from the outside. 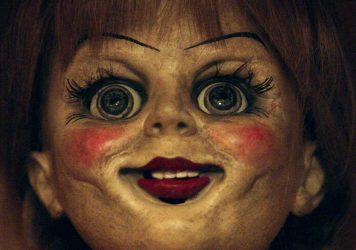 This stripped-back haunted doll sequel racks up a few nice jump scares, but doesn’t manage much more than that. 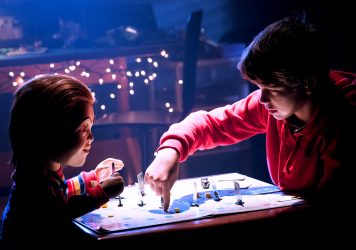