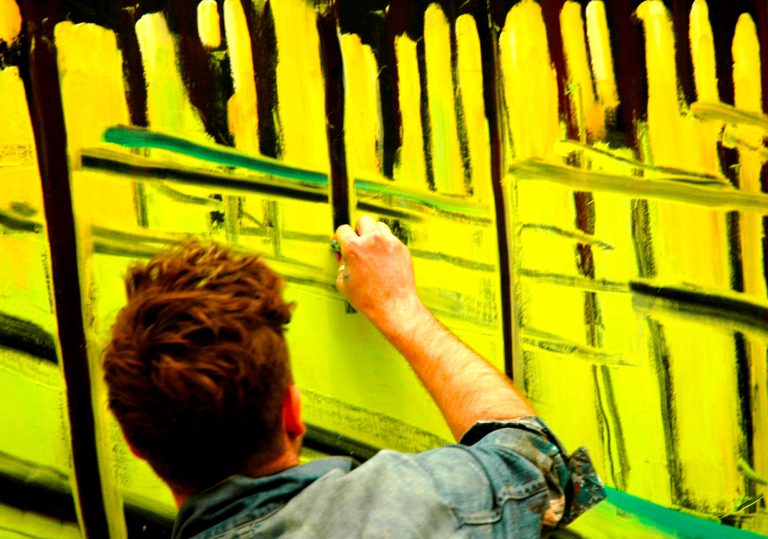 Little known artist Chris Moon may be the undiscovered talent we’ve all been waiting for.

Not really. He’s a decent painter though.

The subject is upstaged by mad celeb smudger, Mick Rock.

Hve you ever imagined being a talking head in a documentary film? Or a single-serving side player who happens to be going about their humble trade only to discover that some jerk with a camera is swinging it around the room? There’s a moment in Jack Bond’s An Artist’s Eyes, a profile of the East London-born painter Chris Moon, in which celebrated photographer-to-the-stars, Mick Rock, enters the fray. Hold on to your hats, is all we can say.

This is a 101, all-you-ever-need-to-know masterclass in how to thoroughly muff up your cameo in an painfully earnest artist documentary. As a man who has made a considerable livelihood from behind the camera, he certainly enjoys it when the lens is turned towards him. From the second he steps out of a car and into Moon’s ad-hoc New York studio, he starts acting like an absolute tool.

Maybe this is his method for calming subjects down, or making them feel less self conscious, making it patently obvious that at least they’re not the biggest asshat in the room. His attempts at displaying louche cool backfire spectacularly. As Rock snaps away, shades over his eyes (it’s the middle of winter), his banter is peppered with performative invective, like some tipsy uncle who’s trying to connect with his grime-loving nephew. He utters some arty banality like, “I just get the pictures, man,” and then, in a flash, he’s gone.

It would be hard to describe this short sequence as a highlight as Rock is so extravagantly obnoxious that every additional single second the camera ligers on him is a form of sweet torture. But he certainly outshines Moon, who comes across like a decent enough bloke, even though it’s not entirely clear why it was considered his time to be the subject of a feature film.

We open on his warehouse workspace in London, then we yomp over to New York in the run-up to a showcase, and then we head over to Andalusia where he and a pal belt around in a vintage Mercedes and fein profundity on the cactus-speckled landscapes. Moon is a bit of a poseur. He talks about his work and his inspirations, relays a few private family stories and engages in some salty dialogue with the locals.

It’s nicely filmed by Bond, a noted artist filmmaker from the 1970s who went on to make a string of profiles for ITV’s The Southbank Show. Yet there’s no real sense of interrogation or a feeling that the film is trying to find out what makes its subject tick. He allows Moon self-mythologise, and it does his subject no favours. His working class background makes him unique, yet there isn’t really much evidence that he’s someone who is celebrated by the art world cognoscenti.

Little known artist Chris Moon may be the undiscovered talent we’ve all been waiting for.

Not really. He’s a decent painter though.

The subject is upstaged by mad celeb smudger, Mick Rock. 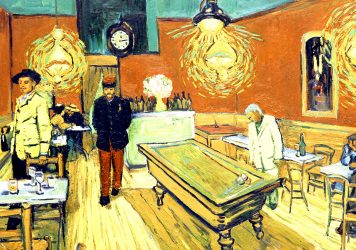