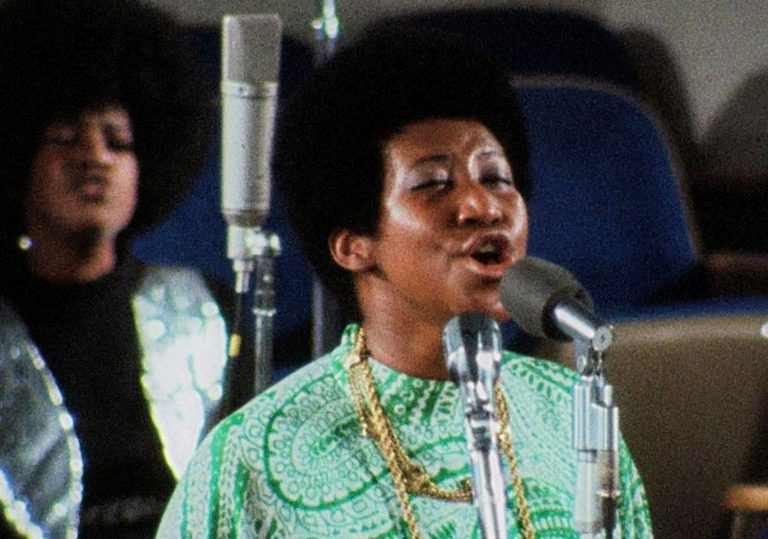 A long lost concert film finally makes its way to the big screen.

Euphoric is the only word for it. Aretha’s voice has been piped down from the heavens.

This seems as good a time as any to explain why we use a clapper board when it comes to making movies. It’s usually a case of some young goon in shades and a Grateful Dead tee announcing the reel and the take, then snapping clapperboard before dashing from the frame. This helps the editor not only to identify the footage, but to perfectly synch up the sound track, which is recorded with separate kit. If you don’t happen to own a clapper board, one of the actors can just announce the take and clap before the scene takes place. Mansplain over.

In 1972 director Sydney Pollack was commissioned by Warner Bros to chronicle the recording of a live gospel album by Aretha Franklin at the New Temple Missionary Baptist Church – a modest, careworn palace of worship in Los Angeles. He and his team captured the images – and what images they were. He captured the sound too – some of the most heavenly to ever emanate from a human voice box. But in the melee of production he neglected to employ a clapper board, and so image and sound were separated, to the point that it was deemed too much of a bureaucratic faff to complete editing of the film.

Franklin’s album came out and is deemed one of – if not the – great gospel disk of the modern era. The footage, meanwhile, was sent into a vault for some 38 years before Pollack died and it was ceded to producer Alan Elliott who decided to have a tinker. He assembled a cut ready for release in 2015, yet various litigations and Franklin’s own ambivalence kept the completed film from public eyes for another three years.

There is something vaguely seedy about the fact that, following Franklin’s death in August 2018, the green light for a valedictory release was instantly flashed, perhaps going against her admittedly obscure wishes. But when the final product stands with its shoulders in the clouds within the pantheon of sublime concert films, it’s tough to be too irked about any bureaucratic wheeler dealing that went on in the background.

The vibe, surprisingly, is rather relaxed, as suited-and-booted parishioners partially fill up the creaky wooden theatre seats and treat the recording as if it were a regular Sunday service. There’s the feeling that the audience are wise to the euphoric workout in which they’re about to partake. Reverend James Cleveland is emcee for the two nights, an outspoken and gregarious gentleman who is a childhood friend of the star, and also accompanies on piano while sweating profusely.

Aretha barely utters a word between tracks. She dawdles about, looking into the middle distance like she’s waiting for a bus. It’s mysterious as to whether she’s assuming a Zen-like repose and concentrating on the matter at hand, or is just rattling off this performance like it’s no big thing. Either way, the results are immense.

Early highlights include the soul-tinged foot stomper ‘How I Got Over’, and a deconstructed version of ‘Amazing Grace’ that’s delivered as if she were in an empty room and communing directing with Jesus Christ himself. Choke back the tears if you can. And this is only the half way point, as we return again the next day for a set that comes off like more of a conventional show, which includes a short sermon delivered by her father, CL Franklin, and more winding, interpretive takes on the gospel standards. Mick Jagger and Charlie Watts can be seen loitering in the back row, and as the set charges on, Mick sneaks closer and closer to the front row. Pollack, meanwhile, can be seen dashing around with a camera, corralling his team to make sure it’s all on tape and somehow able to remain emotionally neutral within the earshot of these extraordinary sounds.

And it gets to the point where there’s little more to say about this film. That is in no way intended as a criticism – more that words do not have the descriptive capacity to amply communicate the feeling of watching Aretha Franklin sing gospel. Like a spiritual reverie, it’s personal and mysterious, indescribable and unbelievable, but horrendously moving and rattles the very core of your soul. Not merely one of the great concert films, but one of the great documentaries.

A long lost concert film finally makes its way to the big screen.

Euphoric is the only word for it. Aretha’s voice has been piped down from the heavens. 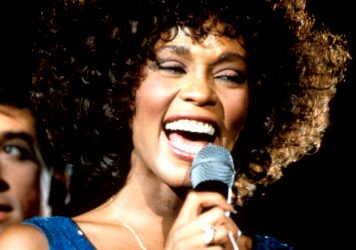