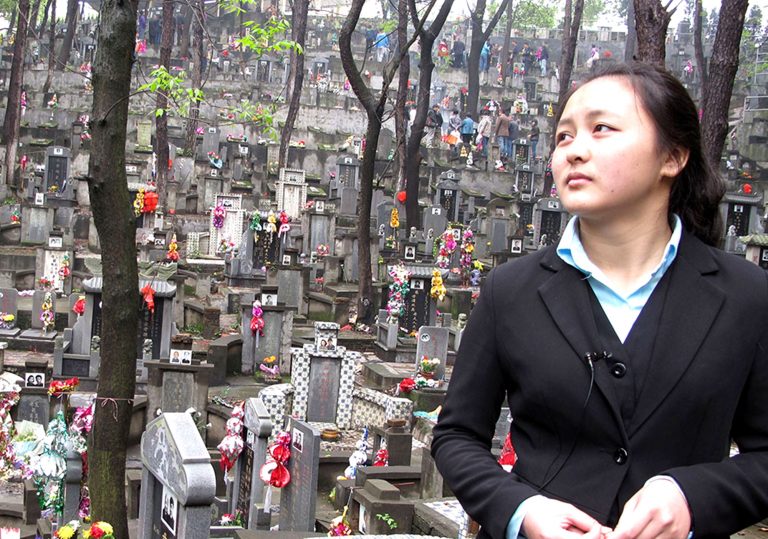 A British director heads to China for a film about teenage morticians.

It’s a small, intimate film which touches on a host of profound themes.

You’ll just want to know what Ying is up to now.

A teenager falls into a job in a bizarre funeral parlour in this touching if macabre observational documentary.

Chinese teenagers are currently being forced to tramp all manner of strange routes into the job market, and 17-year-old Ying Ling has found herself in the unenviable position of being hundreds of miles from home and working as a trainee mortician. Her job involves cleaning and preparing corpses while orchestrating sentimental ceremonies for grieving families.

This could easily have been a low key and meandering profile of a strange, culturally remote institution, but director Carol Salter strikes gold with her characters – apathetic teens who just want a little more from life but know they’re going to have to accept their lot and press forward regardless. The film monitors these lives from a blackly comic remove, emphasising the kitsch aspect of these rather garish funeral ceremonies and the loucheness of the entire operation.

And yet, there’s no fun-making or mockery from behind the camera, but a sense of acceptance – a gentle yearning to understand the collective emotional impulse behind these ceremonies and what effect they’re having on the minds of these impressionable teens.

As with any job in the service industry, Ying has to learn the rules, but also a very particular and structured mode of behaviour. She learns how to wash a corpse with all the focus placed on technique and none on the shocking psychological reality that she has to be extremely familiar with a dead body in a public setting. The film looks at death as an industry rather than a profound state of being (or not being), but somehow the throngs of mourners don’t see any tackiness or exploitation.

It’s shocking that most of the staff are barely out of their teens, and it adds an extra layer of commentary to a film which looks at the notion of the very young being drafted in to deal with the very old (who are living much longer). Despite all the macabre humiliation Ying has to endure, the film ends on a positive note, suggesting that some of the lower rungs of the employment ladder are more slippery than the ones higher up.

A British director heads to China for a film about teenage morticians.

It’s a small, intimate film which touches on a host of profound themes.

You’ll just want to know what Ying is up to now. 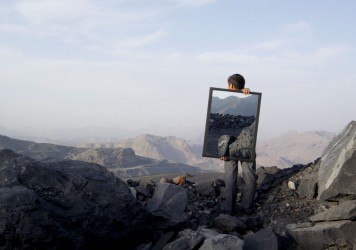