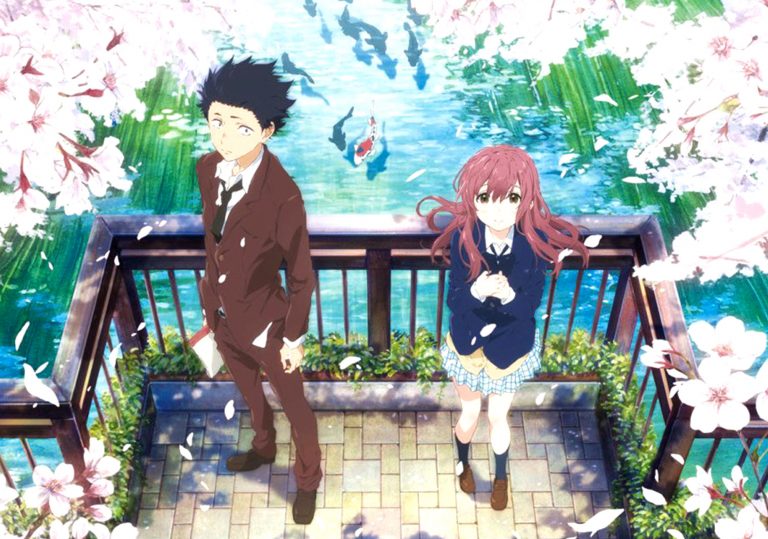 It’s still rare to see Japanese animation on the big screen – even more so an anime feature directed by a woman.

Perhaps not destined to be a crossover hit, but a welcome addition to the broadening theatrical landscape for anime in the UK.

In certain moviegoing circles, the term ‘anime’ evokes expressionistic flights of genre filmmaking, but Naoko Yamada’s A Silent Voice strips away the sci-fi or fantasy trappings that those familiar with the likes of Akira, Spirited Away or 2016’s Your Name would expect, to dig deep into one of Japanese animation’s most fertile subgenres: the slice-of-life, coming-of-age melodrama. And this is melodrama to the max.

Adapted from Yoshitoki Ōima’s serialised manga by Yamada’s frequent screenwriter collaborator, Reiko Yoshida, the film follows Shoya Ishida, a bully-turned-loner who wrestles with the emotional fallout of tormenting a deaf girl, Shoko Nishimiya, back in elementary school. Driven to attempted suicide by shame, guilt and self-loathing, Ishida is given an opportunity to fix past mistakes when he reunites with Nishimiya and slowly connects with friends old and new to situate himself within a supportive social circle.

Fans of Yamada and Yoshida’s all-girl rock band series K-On! (here hinted at in a poppy opening credits set to, incongruously, The Who’s ‘My Generation’) will find familiar joy in A Silent Voice’s expressively-drawn supporting cast of characters, from Ishida’s schlubby pal Tomohiro to Nishimiya’s short-haired, tomboyish younger sister, who, in farcical fashion, is initially suspected by our hero to be her protective, toy boy suitor.

However, consider A Silent Voice a straightforward comedy-drama at your peril. A heady, hectic opening half hour sees Yamada frantically cut back and forth from past to present, overlapping memory, dream and reality, dazzling and confounding the viewer in an expert facsimile of the desperate, distressed mind. More relaxed viewers may be left behind, but those engaged by the film’s unexpected rhythms won’t be left wanting.

Throughout, the narrative is made evermore elaborate by the quirks and complications of teenage angst. Mirroring Ishida’s self-absorbed anguish, Yamada’s purposefully awkward shot composition is often off-centre, the gaze blurred or simply sheepish, with characters cut off at the extreme edges of the frame. Remarkably, this is animation as socially-anxious shoegazing.

It’s remarkable, too, that A Silent Voice is a rare feature-length Japanese animation directed by a woman to receive a theatrical release in the UK. (Not that cinemas are stuffed with solo female-directed, feature-length animations from any country, mind – Kung Fu Panda 2 aside.) It may disappoint some, then, that A Silent Voice is so firmly rooted in a masculine point of view, with its primary female character literally deprived of a voice, and made all the more passive, and inscrutable, by her role in our protagonist’s arc of social salvation. But perhaps not every film needs to satisfy the manifold demands of progress to break new ground.

Ultimately, A Silent Voice is, at heart, an all-the-feels anime. And though it lacks the polish and precision of its peers, it is certainly impactful, and its very presentation on the big screen is welcome. It broadens the popular definition of anime, and brings new voices – silenced or otherwise – to the international stage.

It’s still rare to see Japanese animation on the big screen – even more so an anime feature directed by a woman.

Perhaps not destined to be a crossover hit, but a welcome addition to the broadening theatrical landscape for anime in the UK. 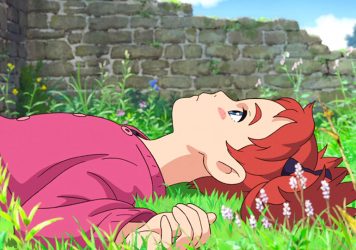 Watch the magical trailer for Mary and the Witch’s Flower

The first feature from Japan’s Studio Ponoc bears all the hallmarks of Studio Ghibli.