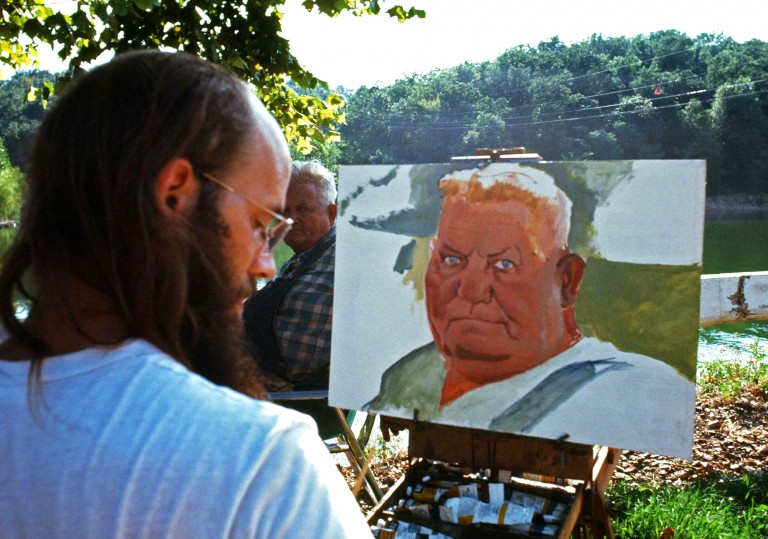 Could only be seen in the personal company of its director for 40 years.

A down and dirty mash-up of colourful sound and imagery.

This roistering profile of singer-songwriter Leon Russell finally escapes from its legal limbo.

Singer-songwriter Leon Russell and his howling, gospel-twanged vocal stylings are the nucleus of this amblin’, ramblin’ and long, long lost film portrait by the late Les Blank. The footage in the film was captured between 1972 and 1974, though a minefield of music and performance rights meant that it remained hidden from public eyes during the intervening years. Plus the fact that the star himself didn’t think the film was really about him, so opted to halt all public exhibition of it. Though Russell’s own performances make up the lion share of the run time, Blank expands his focus in an attempt to capture the culture that spawned the artist, and the artists that spawned the culture.

The film begins with shots of random wildlife swimming in a river close to Russell’s Oklahoma recording studio, a harbinger of the strange creatures to whom we’ll soon be introduced. Hopped up session players, hippy-dippy artists, wide-eyed buskers, over-tactile groupies, and right in the middle of it all, a snake who strangles and then chows down on a cute little chick, make up the rogues gallery of side-players. Blank breaks out from traditional concert movie or docu-portrait forms to produce a film that’s more an experimental cross-cut of a time and a place. His camera is trained on hand-painted signs, on old buildings and dive bars lost in time, and in the middle of it all, Russell, who constantly looks like he’s existing in two separate astral planes at once.

The music is incredible, and Blank films the performances as if he’s a long-term member of the road crew rather than a super-fan pogoing in the pit with a camera. He shoots into the spotlight, giving Russell and ethereal glow as he sits at a piano and hammers the keys for all he’s worth, always with a beverage or, on one occasion, a half-eaten plate of tex-mex fixins’ close at hand. But Blank is always looking to flesh out the scene rather than the person. Russell comes across as an exceptional talent but an unexceptional man – his vaunted star status is only revealed through toadying collaborators. It’s a fascinating film which mixes the cultural ethnography of Werner Herzog’s early documentary work with the blood, sweat and snot of music films like Gimme Shelter or The Last Waltz.

Could only be seen in the personal company of its director for 40 years.

A down and dirty mash-up of colourful sound and imagery.