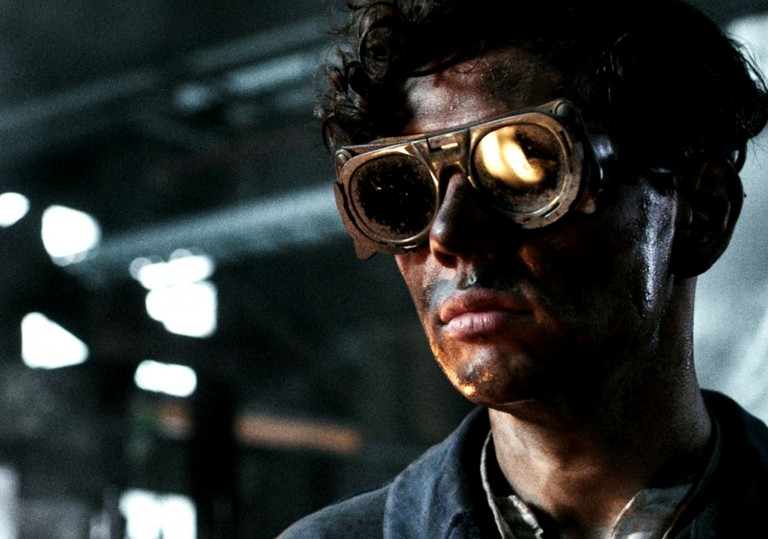 From the director of Diana...

From the director of Downfall...

No great shakes, but a decent reputation-saver from Hirschbiegel.

A foiled assassination plot on the life of Hitler is uncovered and examined in this lethargic historical thriller.

Have you ever been really naffed off when you turn the corner at the end of your road, only to see your bus pulling away? You think to yourself, if only I’d left my keys in my pocket last night, or if only I’d closed all the windows earlier, I’d have made that bus. Now, imagine that bus was Hitler and instead of catching it, you wanted to blow it up.

That’s 13 Minutes in a nutshell, a new film by the German director Oliver Hirschbiegel, best know for making Nazi internet parody magnet, Downfall, and more recently, general internet parody magnet, Diana, a crummy biopic of the People’s Princess. It sees the director making a slight if worthwhile return to a more robust and meaningful form of filmmaking – a giant step in the right direction more than an out-and-out success.

The film is a biography of Georg Elser, a mild-mannered country boy, musician, lothario and watch-maker, who, as the rise of Nazism in Germany during the late ’30s and early ’40s sees many of his close compatriots persecuted and abused for their beliefs, decides to take violent and radical action as a way to save his country from oblivion. Elser, as played by Christian Friedel is a strange case, as he worked entirely on his own in his mission to take out Hitler by planting a precision-timed in a bierkeller at the exact point the Furher was due to take to the stage for an oration, almost as if to mock the strictures of Nazi efficiency.

Hirschbiegel’s film starts by confirming that Elser’s plan was a failure, even though a handful of high-ranking Nazi officials were killed in the blast. He is captured almost instantly, then swiftly strapped to bed and tortured for information. This triggers a series of flashbacks which show just how and why he became so determined to carry out this scheme. The answer, unsurprisingly, is that the Nazis were awful, brutal, ignorant, etc, and he felt that a random act of violence against their top man was the only way this evil could be instantaneously stymied for good.

All of this would appear to comprise of a fairly short story, especially considering Elser was happy for his captors to know his plans and the reasons for them. However, the idea of a lone assassin doesn’t cohere with the Nazis’ favoured narrative that it was idea dreamed up by irate communists. The film becomes less about Elser’s culpability and the moral grey area in which he chose to operate, and more about how other lives are placed in danger when his story doesn’t check out with the Nazi brass.

It has all the ingredients of a stylish, thoughtful and prescient thriller about a fascinating character, but for some reason, it just doesn’t come together in a particularly satisfying manner. The flashbacks start to become very tedious by the third and fourth remembrance, while the slow revelation of why Elser opted to do this is obvious from the film’s opening frames. As a first step back into polite cinematic society after a long run of duffers, Hirschbiegel’s film has a certain value to it.

From the director of Diana...

From the director of Downfall...

No great shakes, but a decent reputation-saver from Hirschbiegel.