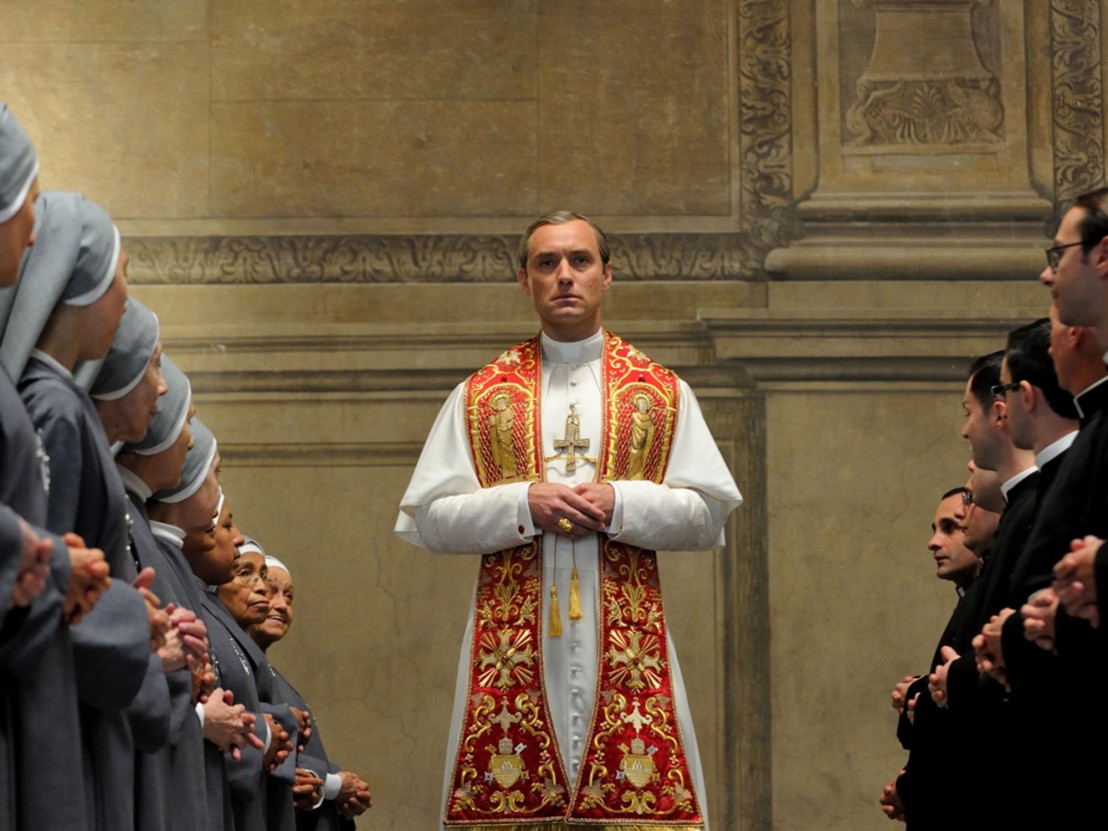 English may not be his native tongue, but Italy’s Paulo Sorrentino has now mastered the language on his own terms with this extraordinary small-screen debut for Sky, Canal+ and HBO. Prepped and shot like a feature film, the 10-part series (two episodes have just premiered at Venice) has Sorrentino (The Great Beauty, Youth) again paying homage to Rome, with his mischievous humour deliciously intact.

It beings with what appears to be a botched coup. The self-styled Pius XIII (Jude Law) finds himself in the unlikely position of becoming the first American pope, after the plans of his Machiavellian mentor (James Cromwell) go awry. Otherwise known as Lenny Belardo, the brash American Pontiff immediately lifts a smoking ban in the Vatican (for himself only) and sets about resetting the balance of power.

He begins by unseating the ambitious Cardinal Voiello (Silvio Orlando), who had designs on being gatekeeper and chief string-puller to this new, unorthodox papal figure. Lenny’s adopted mother (Diane Keaton, sporting a nun’s habit, no less) is simultaneously recalled to assist with the new administration, although even she soon over-extends her reach. The problem being, the new Cherry Coke Zero-drinking Pontiff doesn’t want to face the crowds in St Peter’s Square with his customary address.

Instead, he spends his time chain-smoking around the tiny independent state, dismissing most (though not all) suggestions from his scheming cardinals, most of whom have something to hide. Jude Law is in his element here as the smart, smug new Pontiff with nothing to lose, looking like the cat who ate all the cream, but with a curiously ultra-conservative bent lying just beneath his surface-level charm. To the Cardinal’s dismay, there appears to be no dirt on him whatsoever – although that could well change at the series develops. Although the obvious crimes of the church are not ignored, the series goes deeper to explore the inner workings of an institution that appears to be unable to help itself.

Sorrentino has retained his cinematic style palette for this sumptuously mounted romp. There are surreal set pieces galore (the film begins with Law crawling from under a sea of babies in full papal robes) with plenty of witty flourishes thrown in for good measure. Nothing is quite as it seems. As is his want, Sorrentino is full of mischievous surprises.

His lead star has admitted that inhabiting the role was a major undertaking. It’s certainly one that he pulls off with style and flair – and is one of the boldest parts Law has agreed to do in quite some time. It will be interesting to see how his character develops during the rest of the series. In an age where television is king, Sorrentino’s high-end small-screen debut is a fearlessly inquisitive, perfectly timed piece that mines the depths of daily life in the Vatican, with a tongue firmly in its cheek, while never ignoring the director’s affection for his subject. Highly recommended viewing. 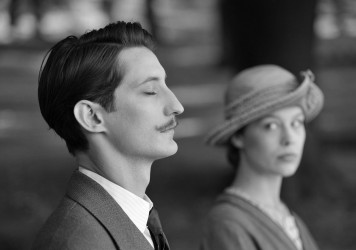