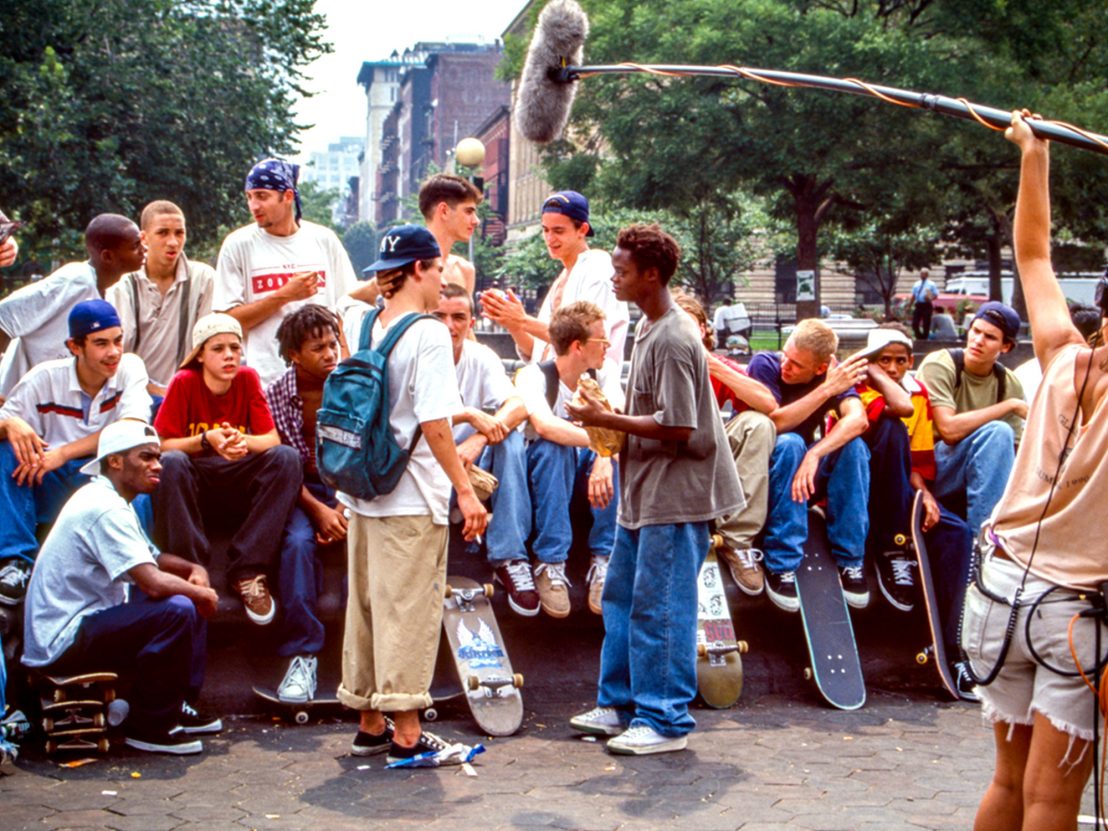 A new documentary about Kids serves as a stark cautionary tale

Twenty-five years on, the cast of Larry Clark’s controversial ’90s hit reflect on their experiences on and off set.

Given how it looks and feels today, it’s easy to forget that back in the early 1990s New York City was still far from the gentrified metropolis of modern times. Heroin and crack were widespread; decay and poverty were rife. For the abandoned, the abused and the homeless, there was little reason for hope.

Enter stoner pied piper Larry Clark, a middle-aged photographer-turned-filmmaker who embedded himself in the lives of a gang of skateboarding street kids. United in escaping from their everyday realities, the group appeared tough, tight and fearless. Two kids in particular, Justin Pierce and Harold Hunter, stood out to Clark and writer Harmony Korine, a 19-year-old NY film school student who had also infiltrated the group.

Casting Pierce, Hunter and other non-actors alongside fresh-faced newcomers Chloë Sevigny and Rosario Dawson, Kids was a no-holds-barred view of life for teens apparently obsessed with drugs, sex and violence. Cannes came calling, as did the Weinsteins, and the global box office lit up.

Away from the hoopla and the film itself (in reality, a scripted drama cunningly shot like a documentary), many of the kids returned to life on the street, while Clark and Korine were wined and dined by execs. Pierce carved out an acting career for a while, Hunter had some success, but generally the group were paid little and unknowingly signed away their rights.

Australian filmmaker Eddie Martin (who helmed the impressive skateboarding doc All This Mayhem) rounds up the survivors to talk candidly on camera, many for the first time. A wealth of private video features throughout, accompanied by frank testimonies about Clark and the film’s aftermath.

Clark and Korine’s zealous enthusiasm for the group quickly dissipated once Kids had been prepped for Cannes. Despite becoming overnight sensations, many of the non-acting cast were ill-equipped to deal with the publicity that ensued. Hamilton Harris serves as a latter-day ringleader of sorts, his voice helping to make sense of a strange and surreal time, when skateboarding provided a much-needed uniting force.

The film that emerged as Kids evidently bore little to the group’s own experiences on the street, with Clark egging them on with a titillation and darkness that appears forced and inappropriate. The group felt used and exploited. As one journalist at Cannes pointed out to an evasive Clark, several of the film’s scenes involving sex and drugs clearly featured under-age kids. America, famously, was horrified.

Justin Pierce, whose chiselled features bear an eerie resemblance to River Phoenix, didn’t make it past 25 (tragically hanging himself in Las Vegas after his girlfriend miscarried), while Harold Hunter’s more gradual decline into despair and drug abuse offers a reflective coda for Harris, who ultimately managed to turn his life around. An unexpected twist in the tail adds further pathos to the group’s shared sense of loss.

While some of those featured lack the star power of Pierce and Hunter, the director’s inherent understanding of the skate-boarding scene serves him well. Swept up in the moment, with such candid material on show, we barely register that Sevigny and Dawson feature only in passing (they were actors cast in roles not filled by the group). Clark and Korine’s refusal to take part, on the other hand, is damning.

As a cautionary tale – and a stark reminder of how working-class kids are so often exploited by the privileged and entitled – Martin’s film is sobering stuff: captivating and compassionate. The kids are all in their own way very likeable. The filmmakers who became rich and famous because of them are not.