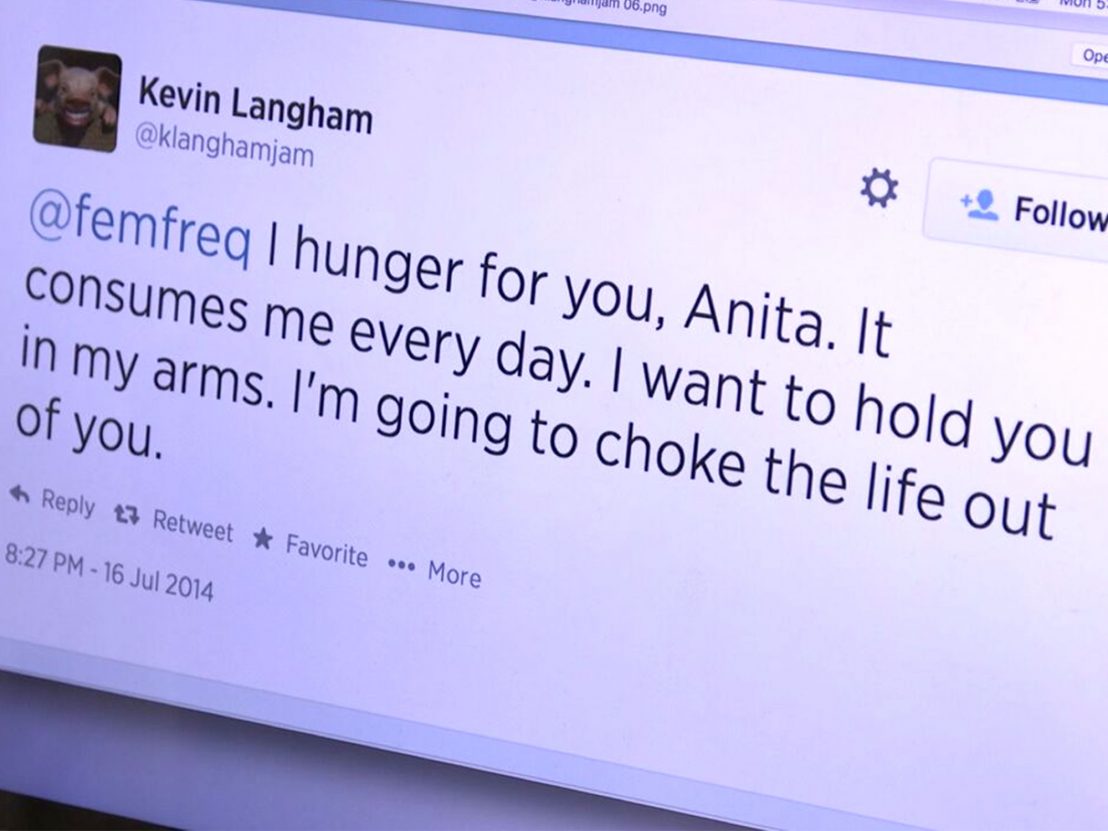 As with the impressive Bully, which she co-wrote and produced, filmmaker Cynthia Lowen examines one of the key issues of our times – here, abuse within the all-pervasive world of the internet – and how those affected by it recover and adapt when the law fails them.

Lowen’s confronting film follows three professional women, all with horrific stories to tell. New York-based attorney Carrie Goldberg shows us pages and pages of abuse, in a case that no lawyer would touch. Florida-based financier Tina Reine reveals how she lost a high-profile job at JP Morgan thanks to her abuser, who threatened investigating police with a first amendment lawsuit if they pursued further action (they backed off). There’s also San Francisco-based YouTube identity Anita Sarkeesian, who shows us the Twitter abuse she has endured, including an account set up specifically to target her with hate for being a feminist.

It’s the stuff of nightmares – grotesque in its abhorrent, anything-goes form – and made all the more shocking by the lack of action taken by law enforcement and the social media platforms that carry it. Although it doesn’t name and shame public figures like Trump for normalising the problem, the inevitable references to Weinstein and the #MeToo movement are covered off without distracting from the cases presented here.

What is lacking is any comment from the corporations that allow this sort of activity to flourish. One imagines the likes of Facebook, Twitter, Instagram, Google et al declining to comment – but even if they didn’t, would their responses really be worth including? It is a depressing state of affairs when the businesses responsible for such platforms are not held accountable for their users’ safety and security. Never mind what they do with all that personal data they collect.

Ironically, one of the more shocking moments in the film isn’t the abuse itself, nor even the lack of real justice for the victims. Rather, it’s a man’s staggering lack of empathy when one of the women speaks at a public session. Tina Reine, whose battle with low self-esteem appears to be at an end, patiently listens to the guy who asks why she can’t simply ignore the abuse. It’s symptomatic of wider views held by police, the FBI and government that sees such abuse continue unabated.

In the opening scenes of the film, a heartbreaking reveal pertaining to one of Carrie Goldberg’s youngest clients draws a clear line between the physical and digital tormentors – and why institutions must do more to protect those at risk.

As one of the film’s subjects points out, there is no happy ending to all this, even when a resolution of some sort appears to occur. The dark shadow, the scars of abuse remain. What makes all this so awful is that in our digital age everything is laid out for all to see, and for people to judge, often incorrectly and unfairly. Despite being a maddening viewing experience at times, Lowen’s film remains a powerful and honest look at a global epidemic.