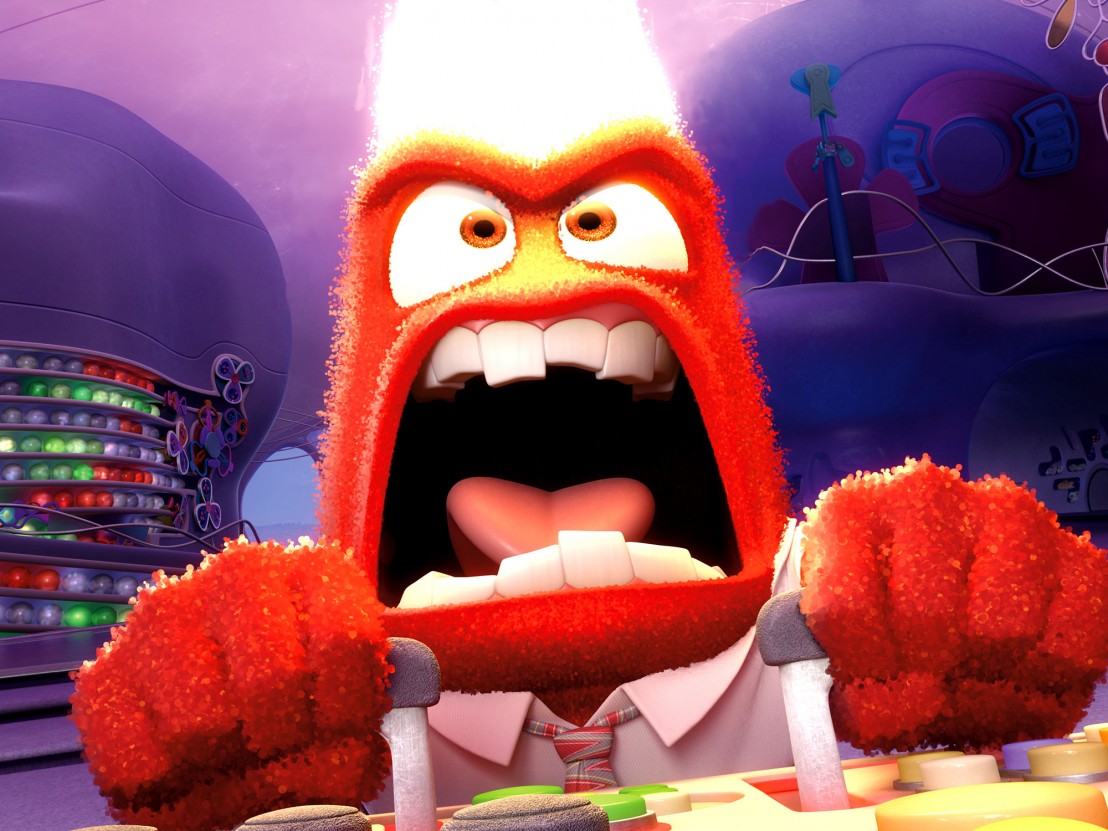 Inside Out – first look review

Pixar’s delightful and sophisticated latest takes us on a dazzling journey into the mind of a child.

Ever wondered what the floor plan of your mind palace looks like or which of your emotions wears glasses? In Pixar’s unique growing pains drama, an 11-year-old girl’s mind is animated with the same vivid fancy as Charlie and his Chocolate Factory. Riley’s interconnected internal structures are neatly labelled and metaphysically mocked (“These facts and opinions look so similar!”).

A task-force of administrators populate her insides, each trying to protect their host in different ways. Key emotions dwell in headquarters. Beyond that there is the subconscious – where trouble-makers are sent, the longterm memory department and a train of thought, which expedites travelling through this unpredictable land.

The sharp wit of the writing and detailed imagery of the world-building combine in a way that provides endless surface delights and chuckles. Yet Pete Docter and Ronaldo del Carmen’s film goes deeper and further, travelling in a focused arc from the brain’s pleasure centres to its darkest reaches. Inside Out is about growing up and saying goodbye to the simple joys of childhood. Memories in this film are, of course, palpable objects, taking the form of iridescent crystal ball-like orbs filled with images of Riley and her family. They are colour-coded according to the emotion they contain. Joy (voiced by Amy Poehler) is forever ticking off Sadness (Phyllis Smith) for touching yellow happy memories and turning them sad and blue. The emotional bickering is hilarious but the weight of a memory changing colour is immediately felt by Riley.

Like a roller coaster flying under and then over, the narrative inhabits the world that Riley and her parents (Diane Lane and Kyle MacLachlan) move through as easily as the world within. At times it seems like she is a puppet at the mercy of her emotions and at other times it’s the other way round. Docter’s story unfolds at a time of transition. The family have exchanged Minnesota, the site of Riley’s happy childhood, for San Francisco where her increasingly distracted father needs to work.

The film begins with Joy heading up the control panel and yellow dominating the marble run-like memory holding structure. Sadness, Fear (Bill Hader), Anger (Lewis Black) and Disgust (Mindy Kaling) co-habit headquarters with Joy who – in a desperate attempt to reverse the havoc that Sadness has begun wreaking on memories – goes on a mission through the mind. The irony is that in doing so she leaves the other emotions to navigate Riley in her new life in her new town.

Part fantastical quest, part emotional exploration and part sensory overload of animated brilliance, Inside Out’s only weakness is that it deals in archetypes. Riley is less person and more aggregation of childhood norms. The creatures that Joy and Sadness meet once they leave headquarters are purely entertainers, not signifiers of the character that they inhabit. To wit, Riley’s biggest fears are clowns and broccoli. Her imaginary boyfriend has floppy hair and is prone to dramatic love proclamations.

But this quibble barely has time to register amidst the fun factory that happens to be in the process of being demolished and rebuilt. There is no sentimental cushioning to this animated evocation of what it means to move on. There are times when the emotional landscape is devastated and Riley is in a state of loss. Inside Out is equally firm when it comes to providing a complex ending. The resolution is coloured by a different, enlarged scope of emotional interplay that spells hope for the ever-changing horizon of Riley, now aged 12.

As a coda, it’s also worth mentioning that in the credit bonus round, the film goes inside the mind of a cat, providing the best interpretation into the feline psyche that this writer has ever seen. 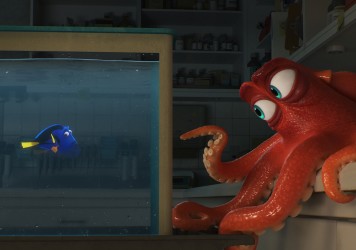 Twelve years on from Finding Nemo, Disney-Pixar have a new tale of oceanic self-discovery.