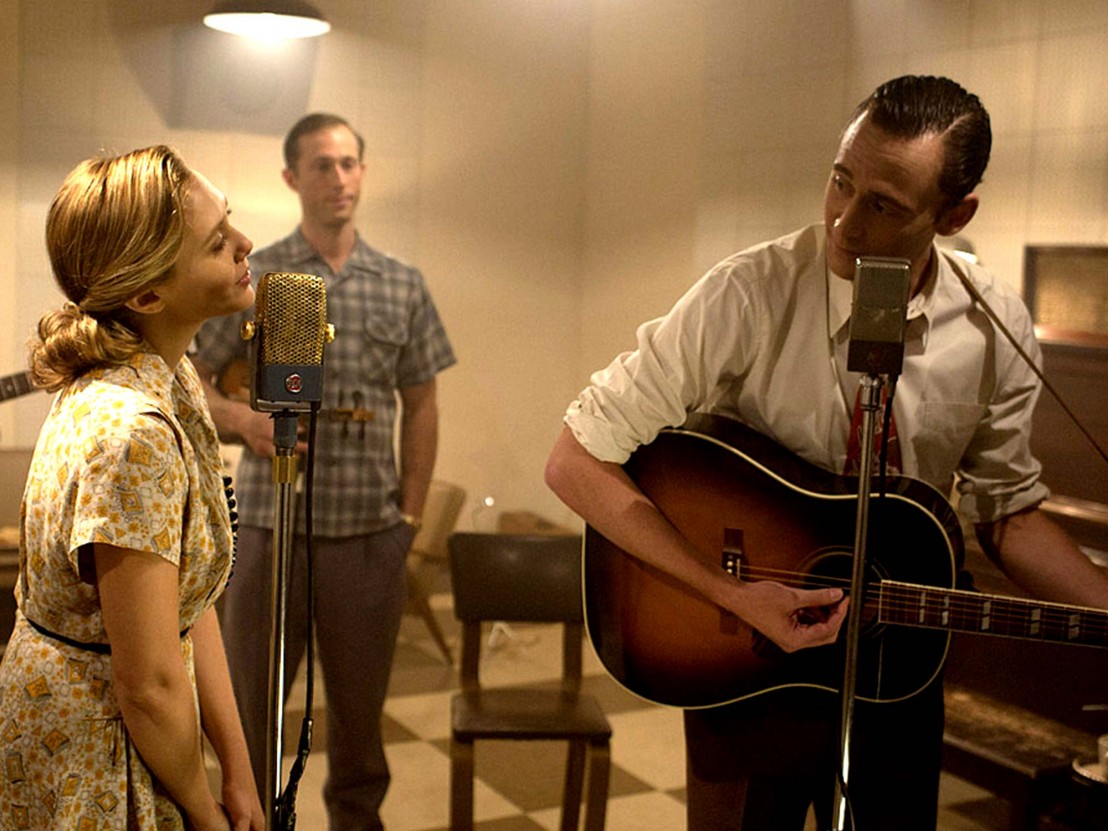 Refusing to take a leaf out of the book of its workaholic, 11-million selling country troubadour subject, Marc Abraham’s I Saw the Light is a defiantly uncommercial take on the life a times of Hank Williams, a hellraiser with a glint in his eye who, if leading man Tom Hiddleston is to be believed, also had the broadest beaming smile on the circuit. At one point, Williams’ slide guitar player bemoans that the songs they play – toe-tapping, three-chord ditties which exist to please the masses – are too basic, and what Abraham has done in response is produce a very simple, straight, three-chord biopic which (unlike Hank’s music) avoids sentimentality and trite romanticism.

The film takes place during the ’40s and ’50s, in and around the southern states, mostly Alabama and Nashville. Yet it isn’t just set during that era, but has been made as if it’s some throwback to the films of that era, most notably Anthony Mann’s exceptional 1955 film, The Glenn Miller Story, starring captain avuncular himself, James Stewart. The film is built up of private episodes and a few hip-shuffling live performances, fused together via languid crossfades and largely shorn of exposition – the songwriter, producer and Williams confident, Fred Rose (Bradley Whitford), fills in some of the information gaps and tees up scenes with inter-cut documentary interview sequences.

There’s a satisfying messiness to the structure, in that we roll through the years without any hint of what’s going to happen next. Unlike the current wave of Wiki-powered jukebox musicals (Get On Up being the most recent offender), there’s no concession to misty-eyed nostalgia. Abraham doesn’t try and load crucial moments with undue meaning, or attempt to suggest that certain instants in Williams’ life directly inspired his songwriting. There are no cheesy eureka! moments or attempts to shoehorn this material into a convenient moral lesson about the workings of the creative soul. It doesn’t chastise Williams for his womanising or his drinking, and counters received biopic wisdom that these vices are always the cause of commercial downfall.

One element that’s especially great about the film is how hushed it all is – much of the dialogue between Williams’ and his long-suffering wife, Audrey (Elizabeth Olson), is whispered, and it generates this mellow, rhapsodic atmosphere that works in dulcet tandem with Dante Spinotti’s shimmering, gold-brown cinematography. The camera pushes in close to the actors faces during these dialogue sequences, revealing the subtle nuances of expression and the pallor of the skin during the high times and the low. Neither Olson nor Hiddleston ever grasp for the opportunity to deliver a Big Acting Moment, allowing instead for a stripped-back intensity to hove in – some of the long pauses between exchanges are, in and of themselves, the wow moments in this movie.

On a superficial level, Hiddleston’s lead performance is highly entertaining, and he captures Williams as a lanky, charismatic sweetheart with a dark heart beating in his chest. The musical performances are superb, with Hiddleston even nailing the famous segues into Appalachian yodelling that form the bridges of chart hits like Lovesick Blues. Williams various bouts of illness, much of it due to alcohol but also his suffering from spina bifida, are also never used as a reason to justify his actions. It understands that it must have been deeply troubling – both physically and psychologically – to have to shoulder these conditions, but he did so as best as he could, and it lightly affected his character rather than fully shaped it.

And yet there’s no sense that Hiddleston wants you to fall in love with his Ol’ Hank. He doesn’t want you to hate him either. He simply demands that you empathise with him, to see that he did some things which might seem cowardly and obnoxious, but he remained something of an innocent, that he made decisions without the mindset of a hayseed philosopher.

At one point Hank is puzzled when he hears that a journalist has described him as a “genius”, and I Saw the Light understands that famous people are worth talking about, their lives worth exploring, even if they didn’t happen to have done things that shook the foundations of the world as we know. It’s a humble, courteous, melancholy film, like one of Luke The Drifter’s low-slung folk ballads.