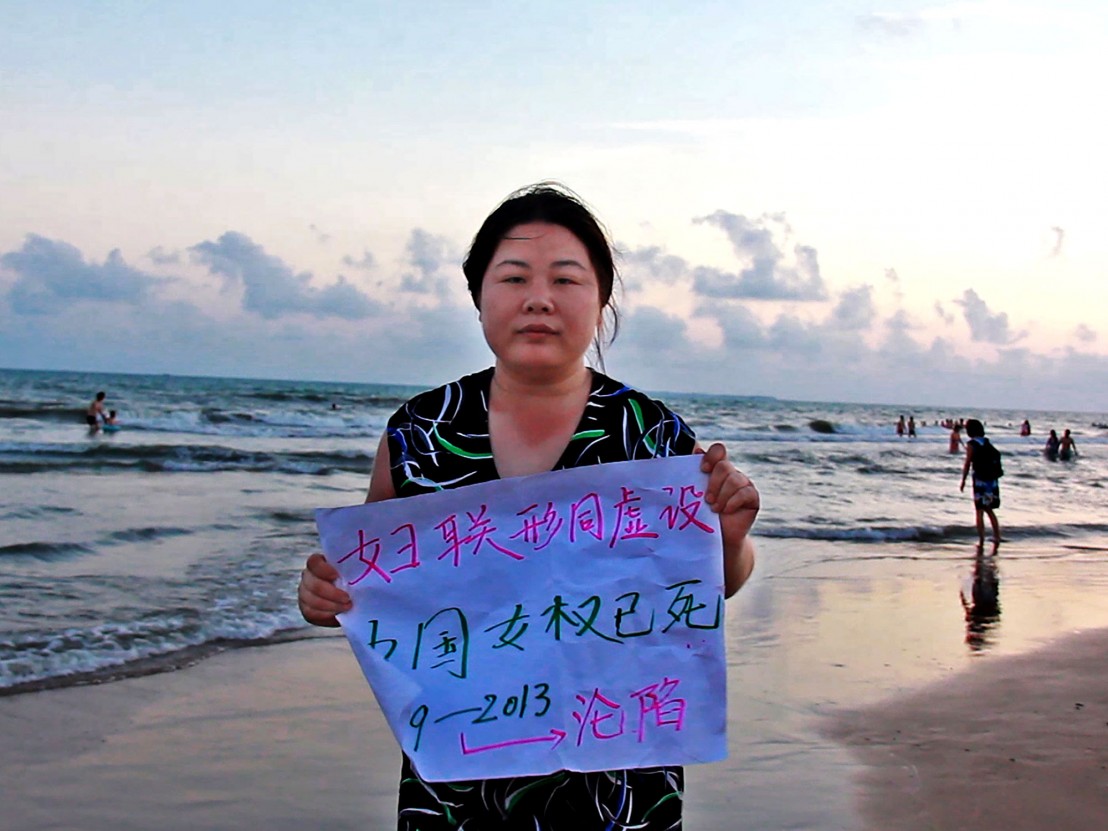 Nanfu Wang’s Hooligan Sparrow, which opens the New York edition of the 2016 Human Rights Watch Film Festival, tells of an atrocity carried out against the innocent by the powerful. The case involves a school principal and a government official on China’s Hainan Island, who were accused of sexually assaulting a six school girls between the ages of 11 and 14 in a hotel room. Over the course of the film we follow the activists dedicated to righting the wrong and ensuring it never happens again.

So far, so predictably bleak. But there’s something unusual in this fear-choked and surveillance-smothered film, a darker menace hinting at a systemic moral corruption that feels unsustainable in the long, and even short, term. And that’s not simply because the footage had to be smuggled out of China.

Wang’s title comes from her subject, Ye Haiyan, a Chinese feminist activist who has been throwing her body and voice into one cause after another in startlingly brave ways. One of her most daring exploits – particularly so for such a sexually conservative society – referenced here concerned her moving into a brothel where she offered sexual services for free. Her campaign gained instant notoriety, and is just one of many in which she brought attention to the plight of both criminalised sex workers and the downtrodden migrant labourers who frequently hired them.

The director is one of several quiet and diligent women who form a kind of cell of staunch protest with Ye, a twinkle-eyed type who shares a mischievous affect with Ai Weiwei (who incorporated aspects of her struggle into an installation shown at the end of the film). For many activists, the primary obstacle is simply inaction, that all of their efforts will come to naught. But from the opening scenes of Hooligan Sparrow, it’s clear that speaking out has put every one of these women in real danger. The seriousness of the situation is highlighted by for-the-record testimonies in which the women declare that they did not commit suicide.

Although Hooligan Sparrow is a protest film at heart, it is also a fascinating strategy and survival document. We see Wang and the other women holding up signs and demanding that the principal be called to account. Particularly shocking is a revelation that a legal loophole allows officials charged with rape (a capital offence in China) to receive lesser sentences by claiming that the women they are accused of assaulting were prostitutes; even the sixth-grade girls in Hainan. But instead of apathy, the response to Ye’s protest, which goes viral while taking place, is violent and Kafkaesque. Ye is assaulted in her home by a gang of thugs and then charged herself with assault once the police finally appear.

The activists are subsequently forced to spend more of their time trying to stay one step ahead of the authorities and their glowering squads of hired goons. This, of course, appears to fit right in with the institutional lassitude of the officials encountered here, who are more interested in threatening Wang and taking away her camera rather than doing anything about what the women are protesting. The cynical barbarism of the authorities portrayed in Hooligan Sparrow is so deeply entrenched that they apparently regard the discovery of a hidden camera in Wang’s glasses as more outrageous than the sexual violence she reporting on.

The outrage in Hainan almost certainly won’t be enough to result in institutional reform. Modern-day China is too mired in institutional myopia and authoritarian lockstep to change that quickly. But it could be just one more harbinger of an impending break that may not be voluntary. It’s worth noting that in 2015 alone there were over 2,700 labor strikes and protests around the country – over one per day in southern Guangdong province, where most of Hooligan Sparrow takes place. That wave of discontent doesn’t even take into account the various protests against everything from collapsing schools to sexual assault, which are so expertly detailed in Wang’s film. This will most likely end up being against Beijing’s long-term interests. The cases brought to light by Ye, via Wang’s gutsy filmmaking, could be the sparrows in the coal mine. The rage that spurred them on isn’t going away.