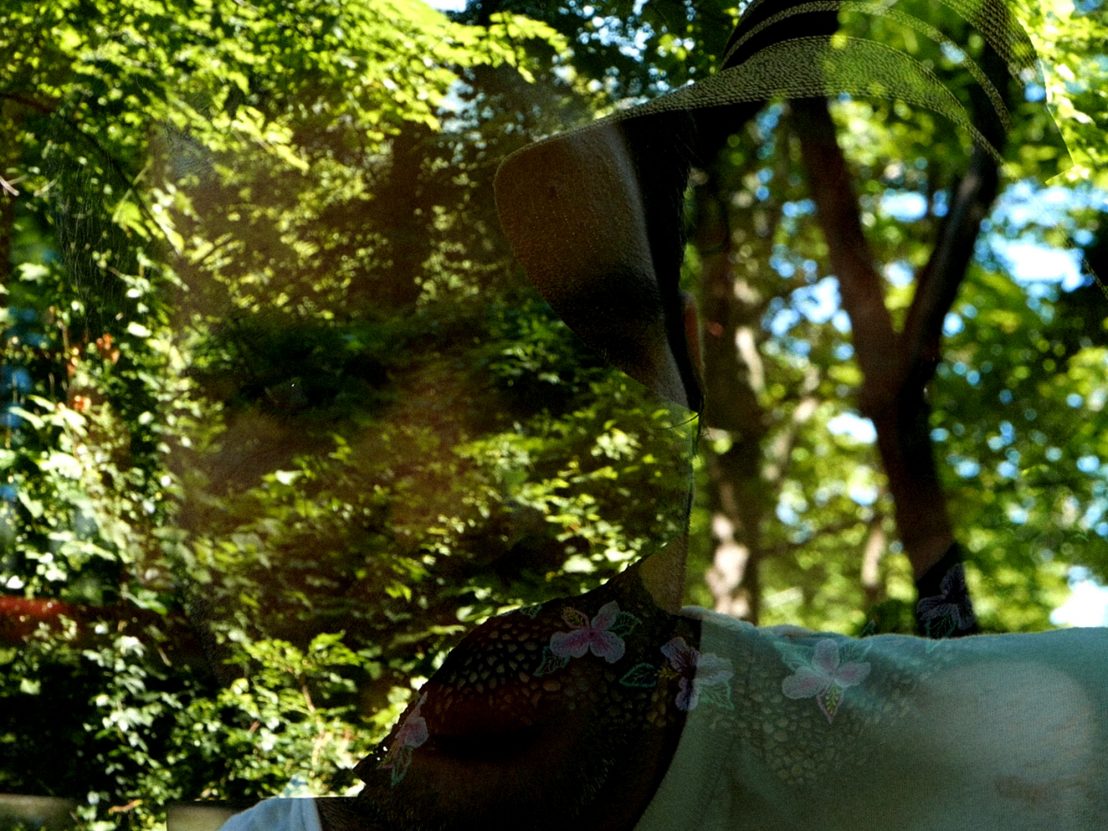 Introducing their 14th edition, CPH:DOX proclaimed that the festival would offer “a reflection, a comeback and a counter-attack on behalf of art, our common reality and truth.” In the NEW:VISION competition strand, where narrative and documentary filmmaking intersects, three visionary works sought to blur our understanding of ‘reality’ and ‘truth’.

James N Kienitz Wilkins’ Common Carrier opens with the crackle of radio static, setting off a chain of interrupted snippets of overheard audio that spontaneously soundtrack the film. Making rapid changes alongside a equally frenetic, hyper-saturated image collage that is permanently double or triple exposed, Wilkins cycles through pop songs, commercials and talk-radio. He intercuts this with filmed interviews which fade the participants out at will, neutering their voice mid-sentence but allowing the train of thought to continue through overlaid subtitles that extend past the cut.

As these levels of disconnected, abrasive audio blend together with elements of direct sound, the equally multi-layered, reflective cinematography cuts and snaps in somewhat discordant concert. Doubled images show two different perspectives upon the same scene, or two contrasting or connected scenarios at once, with the layered sound adding further sensory cacophony.

It’s a novel, distinctly modern style (facilitated by digital filmmaking technologies, and maybe somewhat indebted to Isiah Medina) that looks to replicate the information overload which defines modern living. Slamming some ideas into abrasive opposition and abandoning others before they’ve formed, Wilkins exercises the affective quality of the unexpected unity of conflicting sounds, objects and ideas – with varying degrees of success.

At the end of the film one character states that “every movie needs resolution, I’m starting to feel like this one is a lost cause.” Yet, one clear thread does emerge. When another subject states that her thesis surrounds whether artists are a “clinically distinct population”, everything fits together more. Failing technologies, lost DCPs, streaming platform blackholes, the endless search for WiFi, and a seeming inability to actually produce any work. Wilkins looks – through his method as much as his participants – at what it might mean to be an artist in the digital age, where you can find a “whole universe in a USB stick”. 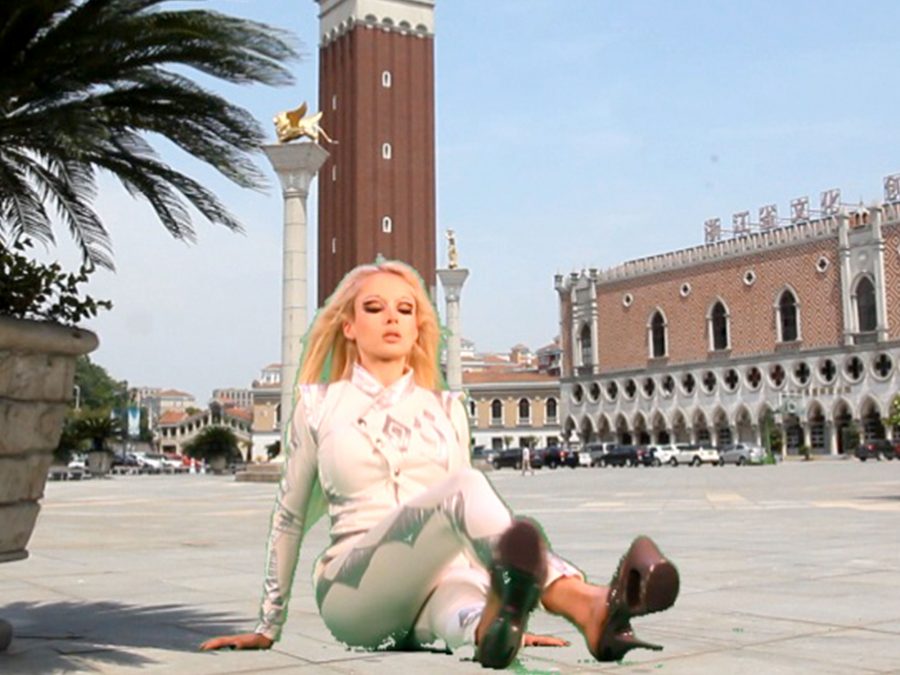 Coincidently, Wilkins stars in another competition title, Christian von Borries’ Desert of the Real, a similarly reflexive, digressive and discursive attempt at portraying the reality of modernity. Wilkins appears near the end of the film, clad in plastic orange cowboy boots, rambling in the distinctive drawl heard in his previous film Indefinite Pitch. Described rather grandiloquently by Borries as an “essayistic documentary film as postmodern western”, his verbose, brash film layers readings from Jean Baudrillard, Walter Benjamin and Kanye West with all manner of uncanny imagery and found sound.

Setting actors uneasily against green screen sets, the performed snippets from these texts are placed against images showing various representations of ‘The Desert’ and of the city of Venice. Running through these scenarios are two types of conflict, literal warfare and the internal battles of selfhood and identity that are deemed part and parcel of modern forms of networked existence.

With these two arenas, the distinctly uneasy (un)reality of various shopping mall recreations of the Venice canals, and the representational disconnect of mediated warfare, Borries aims perhaps to explore the increasing blurring of perception that is complicated by the technologies he employs (CGI, VFX) and those he centres (VR, mobiles, drones and social media platforms). The outcome is muddled, the level of the satire invoked is frequently coarse and obvious, giving the sense that the filmmaker is trying to critique these technologies and their various complications without entirely understanding them.

At one point a recurring character, a YouTube beauty blogger, has an internet meltdown, decrying that, online, everyone is “just as scared and miserable and lonely and lost” as she is. This, as with many of the conclusions drawn in the film, feels reductive. 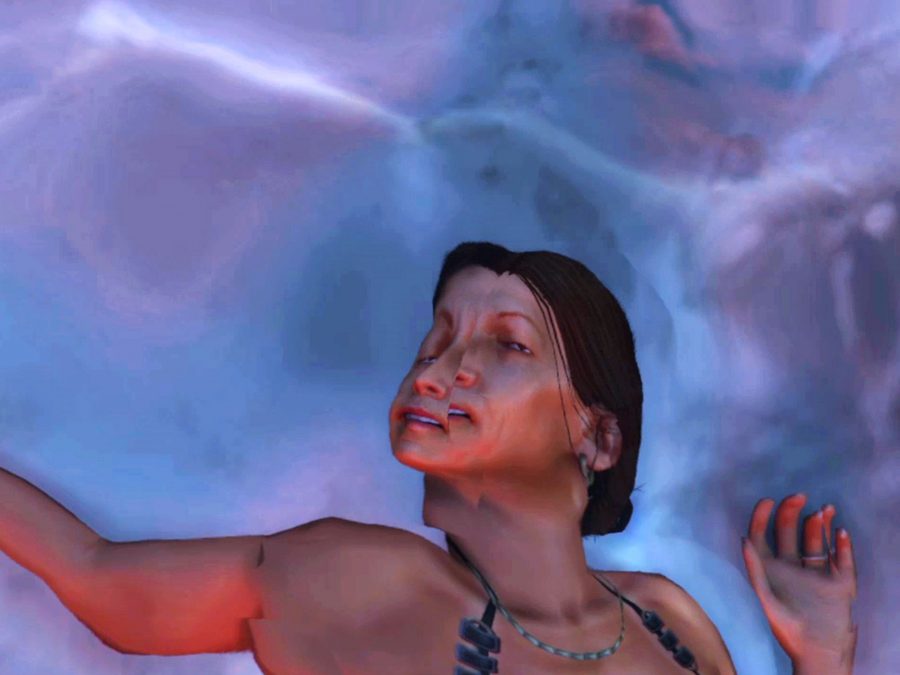 A more nuanced representation of digital realities arrives in Zhou Chen’s competition winner, Life Imitation. His film opens with the increasingly common technique of observing text conversations on a filmed mobile display. On WeChat, an extremely intimate, confessional exchange about the complications of sexual identity plays out, and interestingly this dialogue is revealed to be observed, rather than written. “I’m shooting, please continue,” types the filmmaker.

Another non-narrative doc-collage, from here Chen switches between recordings of his artist friends in Shanghai; footage of the depopulated Los Angeles landscapes of ‘Grand Theft Auto V’; and various virtual dialogues – painting a sensitive picture of a specific psychological terrain, the detached mindset of a digital melancholic, and all the anxiety, depression and solipsism therein.

Whereas both Common Carrier and Desert of the Real are defined by their visceral rapidity, Life Imitation’s pace is distinctly slower and its aesthetic cooler – a wash of computer blues and neon greens, downbeat electronic music and ruminative chatter. Grounded in the real, but distinctly dreamlike, Life Imitation has a sense of profound, sedated eeriness that spreads across the scenes, whether in a girl seen obsessively airbrushing a newly taken selfie; in a game character walking silently along a virtual beach, clad in a miniskirt and assault rifle combo; or in the xanaxed, slowed down and burnt out club scenes.

Across Life Imitation’s various scenarios, Chen presented the most ‘real’ representation of modern digital life in NEW:VISION. His film offers the deepest insight into online dynamics, as well as changing means of communication and ways of thinking. His is a world where conversations span actual and virtual platforms, identity is experienced through the direct self as much as through electronic avatars and digital personas, and people drift between reality both tangible and perceived. 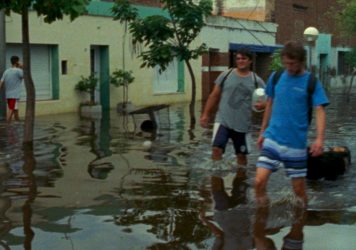