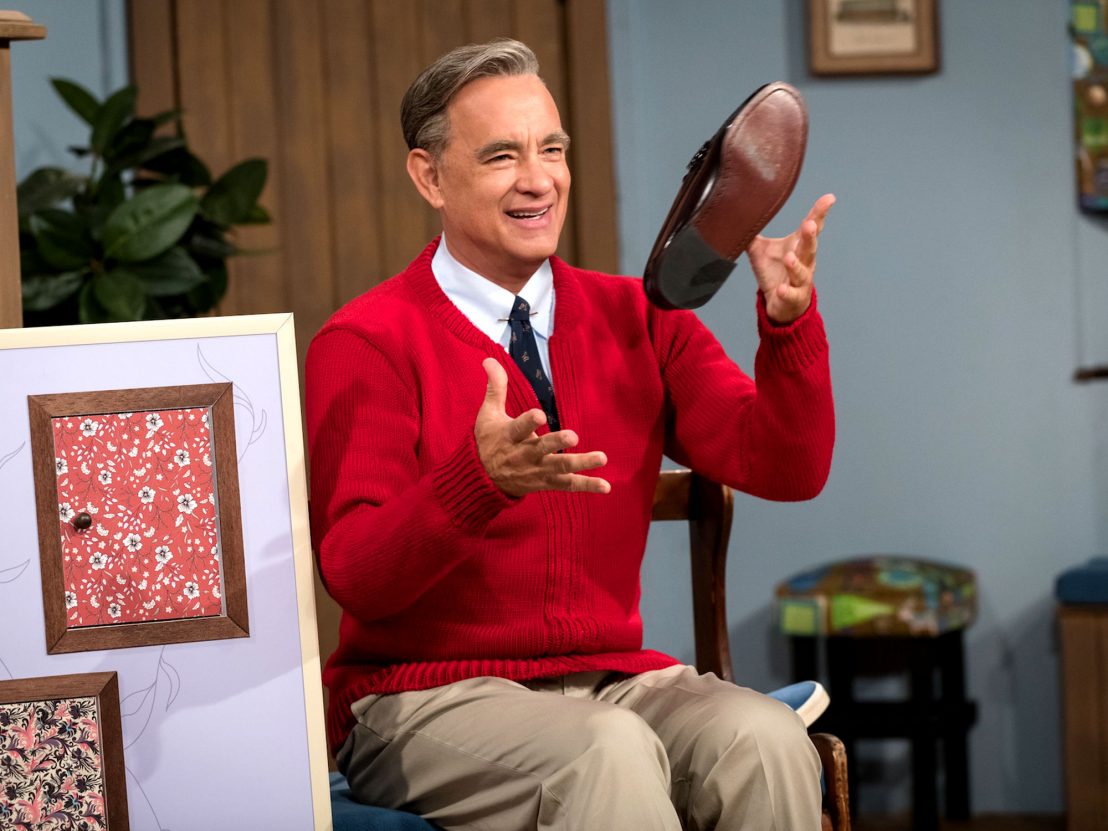 A Beautiful Day in the Neighborhood – first look review

Matthew Rhys and Tom Hanks are on top form in Marielle Heller's charming biographical drama about an American TV legend.

It seems unthinkable that there’s anyone else on the planet who could play the incomparable Fred Rogers besides Tom Hanks. There’s not much of a physical resemblance, yet the two share something more significant: a place in the hearts of Americans from all walks of life.

Children raised on the television show Mr. Rogers’ Neighborhood were taught the value of human kindness and self-expression, as demonstrated so eloquently in Morgan Neville’s documentary Won’t You Be My Neighbor?. He touched the lives of countless individuals, and can be seen as a true force for good in a world of increasing instability. Hanks, be it as Woody the Cowboy or Josh Baskin or Sully Sullenberger, is a similar sort of all-American hero. He gamely joshes around on Saturday Night Live, he maintains a modest but charming internet presence. He’s benevolent and beloved, just like Fred Rogers.

Marielle Heller’s A Beautiful Day in the Neighbourhood has been billed as a Fred Rogers biopic, but really it’s a Tom Junod biopic. In 1998, Junod was commissioned by Esquire to write a short profile of Rogers for their ‘Heroes’ issue. After spending time with Mr Rogers, he turned in a 10,000 word essay. In Heller’s fictionalised account of Junod’s meetings with Rogers, Matthew Rhys plays a stand-in named Lloyd Vogel. An investigative journalist by trade, he’s enthusiastic about the prospect of meeting Rogers, as well as battling his own personal demons following the return of his estranged father Jerry (Chris Cooper, slightly sauced and persistent in the face of his son’s rejections).

As Rogers taught countless children the importance of handling emotions in a healthy way, so too does he teach the wounded Lloyd, who’s furious and heartbroken at the same time. Struggling to process his childhood trauma while also a new father himself, initially he resists Rogers’ attempts to reach out to him. But Mr Rogers never leaves anyone when they need him, and his softly-softly approach eventually begins to work. He’s a supporting character in Lloyd’s story (and like a shoo-in for the Supporting Oscar in a few months time), and perhaps this is the only way to really make a film about Fred Rogers — by making it about the people whose lives he touched.

Don’t let the slightly cloying, Oscar-bait trailer fool you: As in Diary of a Teenage Girl and Can You Ever Forgive Me?, Heller brings her usual wit and playfulness to proceedings, side-stepping mawkish sentimentality in favour of matter-of-fact pragmatism. The naive, primary-colour-heavy set of Mr Roger’s Neighborhood provides imaginative inspiration for visuals, and lends the film a fairytale quality, echoing the tone of Junod’s source material. Similarly, her penchant for sensitively bringing flawed, hurting protagonists to life comes to light once more.

There’s no need to canonise Fred Rogers – his magic was a lack of fuss, a soft voice and an infinite supply of patience. His curiosity about the world — but more importantly, the people in it — feels like the driving inspiration behind Hanks’ performance, and rather than overly concerning himself with achieving an uncanny likeness, it feels more like a canny reimagining. No one can be Mr Rogers, but at the same time, everyone can. All it takes is a little kindness to yourself, and a little kindness towards others. 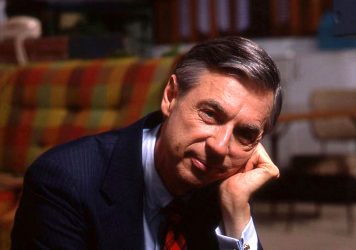