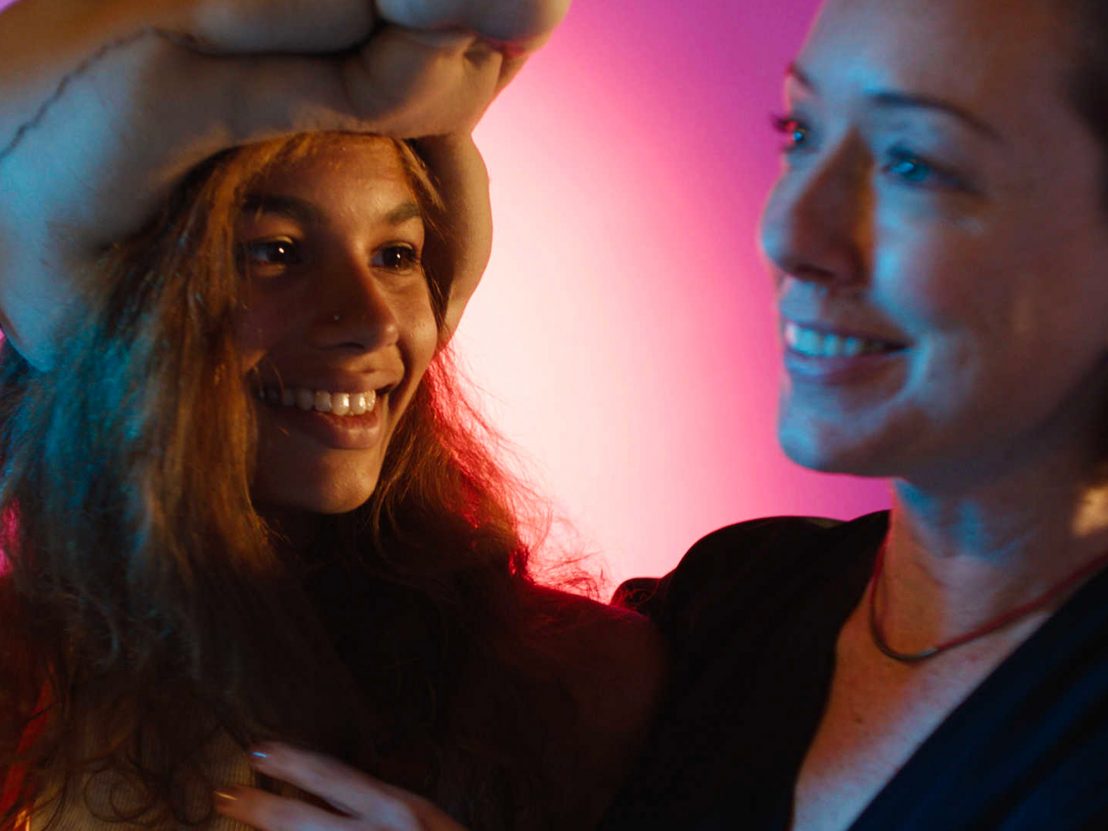 Stumped on what to book for this year’s festival? LWLies are on hand to help out.

It can be daunting when you first break open that bulging London Film Festival brochure and just see hundreds of random titles springing off the pages. To ease the pain, we’ve delved deep into the programme and listed 20 titles that we either like, or are very excited to catch.

Asako I & II
One of the low-key hits of the 2018 Cannes competition line-up, Ryusuke Hamaguchi’s oddly surreal and powerful romance is a ghost story about ghosting, as a young woman loses her true love, only to later bump into a man who looks exactly like him. There are light shades of Hitchcock’s Vertigo in its exploration of physical versus emotional love, but this is very much its own, eccentric thing. Buy tickets

Bisbee ’17
Robert Green expands his interest in documentary dissection with his follow-up to the excellent Kate Plays Christine. This new one taps into ideas of legacy and local history, as the denizens of small southern border town attempt to reconcile their dark past with theatre, song and self-reflection. Buy tickets

Girl
The difficulties of wrestling with identity while attempting to lead a normal life is the subject of debut boy Lukas Dhont’s extraordinary debut feature, built around a harrowing central performance from Victor Polster as a ballet prodigy desperate to complete her male-to-female gender realignment. Buy tickets

Donbass
Ukrainian director Sergei Loznitsa is not a man to sit back and allow his country implode in a claggy shower of brazen corruption, and this latest work plays like a Python sketch film that could barely be nearer the knuckle. Abject depression and dejection have seldom been so funny. Buy tickets 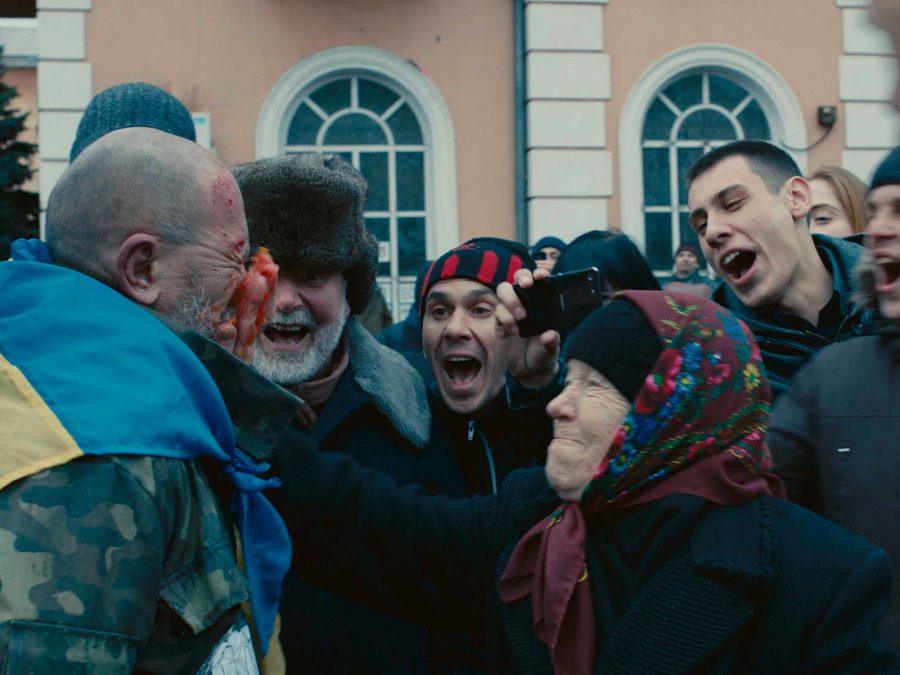 I DO NOT CARE IF WE GO DOWN IN HISTORY AS BARBARIANS
What a great title, and one which seems to be very relevant considering the current political tumult. This latest from the always-reliable Romanian helmer Radu Jude playfully unpicks the machinations behind a deadly massacre which occurred at the tail end of World War Two. Buy tickets

The Kindergarten Teacher
We’re excited for this American remake of an Israeli film from 2015, in which a mild-mannered kindergarten teacher (played by Maggie Gyllenhaal) encounters a savant 5-year-old who, at random intervals, starts to blurt out lines of poetry. Is he a young prodigy, or are these ultra-articulate musings coming from somewhere unexplained? Buy tickets

Madeline’s Madeline
It feels like an absolute age since lucky audiences at Sundance and Berlin Film Festivals saw this latest film from Josephine Decker, so we’re thrilled that LFF have brought it to town. Starring newcomer Helena Howard as a young member of an experimental theatre group who finds the lines between performance and reality beginning to blur, we can’t wait to see how this one plays out. Buy tickets

Long Day’s Journey Into Night
There’s an intertitle at the beginning of this warped and wonderful Chinese odyssey which says that this is not a 3D film, but that viewers should put their 3D glasses on when the main hero does. Which is about an hour in to the film. Director Bi Gan is already being hailed a modern master for this narcotic dream movie, and the cognoscenti just might be right on this one. Buy tickets 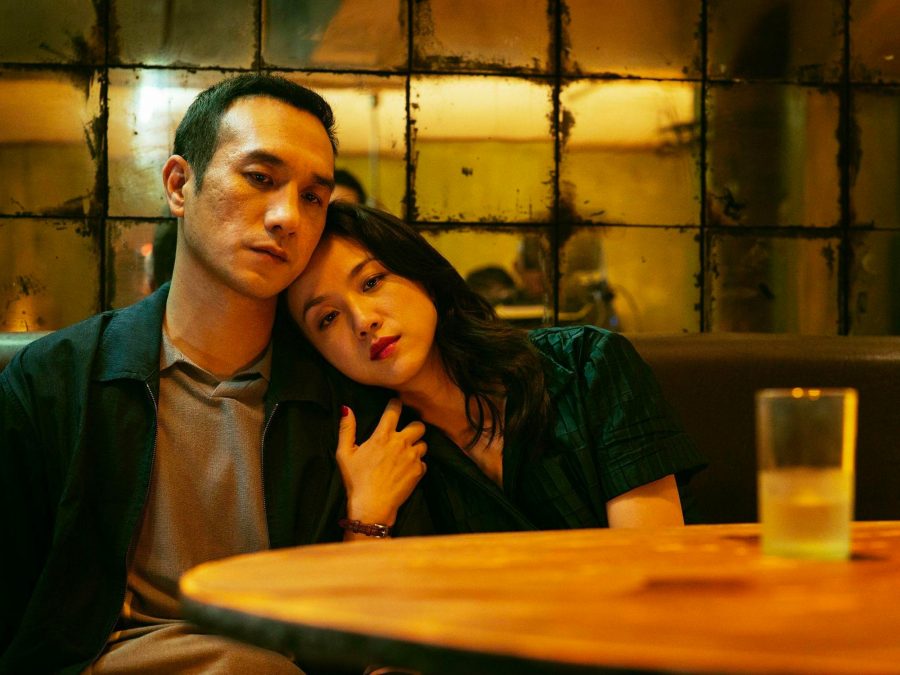 Maya
We’re big fans of Mia Hansen-Løve here at LWL (you may remember our Eden issue from 2015) so count us in for her latest film. A war reporter recently releases from capavity retreats to his childhood home in India, where he finds himself attracted to a young woman named Maya. Made with a predominantly female crew and shot on location in Goa, we’ve got high hopes for this one. Buy tickets

Museum
Based on an outrageous true story, Alonso Ruizpalacios’ film recalls the 1985 Mexico City heist, in which two daring students relieved the Museum of Anthropology of 140 priceless artefacts on Christmas Day. Starring the ever-charming Gael García Bernal and pushing the boundaries of the well-trodden heist movie path, we’re always down for a good crime drama. Buy tickets

Support the Girls
Currently generating a healthy dose of positive buzz in the United States, we’ll be able to catch Andrew Bujalski’s comedy in October thanks to LFF. Focusing on the trials and tribulations of a group of women who work at a Hooters-style establishment, the film stars Regina Hall, Haley Lu Richardson, and James Le Gros, but we’re most excited for the potential it has to really comment on class politics, sexism, and the pitfalls of the service industry. Buy tickets

Won’t You Be My Neighbor?
As UK audiences had Play School and Blue Peter, the US had Mister Rogers’ Neighbourhood. For more than 30 years Fred Rogers entertained and educated multiple generations of Americans, and become an enduring, reassuring presence in pop culture. This new documentary from Morgan Neville (who won an Academy Award for 20 Feet From Stardom back in 2014) provides a heartfelt tribute to the man. Neville also has another doc playing at LFF this year – They’ll Love Me When I’m Dead, about Orson Welles’ lost-and-found final film, The Other Side of the Wind. Buy tickets 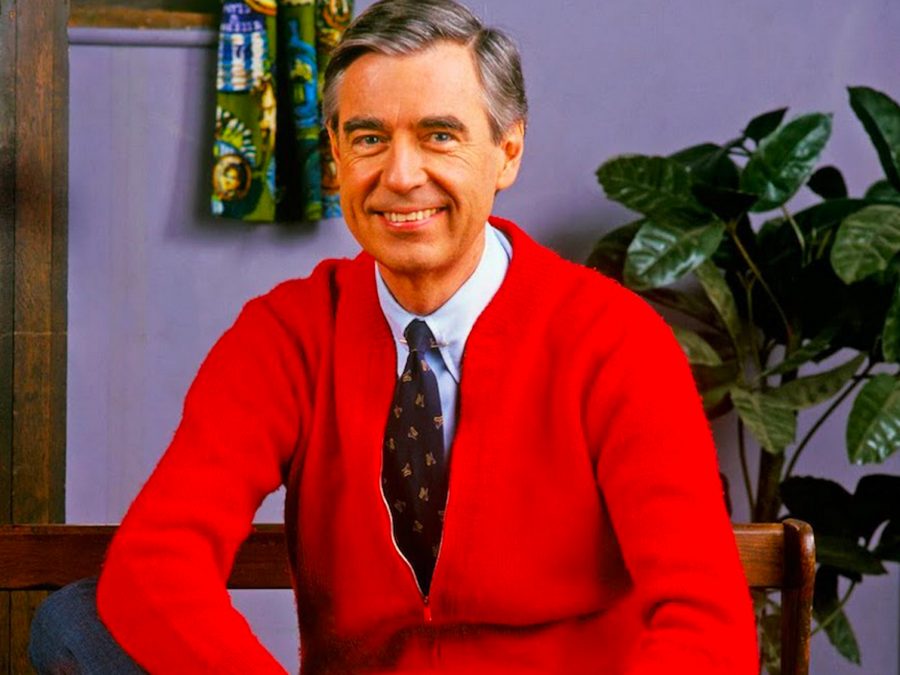 The Bill Murray Stories: Life Lessons Learned From A Mythical Man
The man, the myth, the legend Bill Murray is the subject of this documentary which examines the many urban legends around him, while also grappling with Murray’s on-screen persona. With a narrative built on Murray fans sharing outlandish encounters with the enigmatic actor, Tommy Avallone’s film looks like a whole lot of fun that grapples with the nature of celebrity and Murray’s mythical status. Buy tickets

The Image Book
Jean-Luc Godard is not really interested in what cinema is. Through his intricate video collage work and dyspeptic cine-political orrations, he is man constantly pushing at the boundaries of the moving image and attempting to see the medium reach its full potential. The Image Book is like an immaculate remix of a film that was never made, a torrent of primal sound and image that needs to be seen to be believed. The LFF are offering the rare chance to catch it on an IMAX screen. Buy tickets

The Green Fog
Canadian cine-alchemist Guy Maddin returns with his latest cut-and-paste concoction, this time teaming with Evan Johnson and Galen Johnson to create a remake of Alfred Hitchcock’s Vertigo, but only using clips from other movies. Colour us highly intrigued. Buy tickets

Lords of Chaos
Based on the real-life story of Norway’s 90s black metal scene, Jonas Åkerlund’s biopic charts the havoc caused across Scandinavia by Øystein Aarseth and his band Mayhem, whose quest for nihilistic mayhem at any chaos reaped catastrophic results. Åkerlund comes from a strong music video background – he’s worked with Madonna, Metallica and Beyonce – so expect a heavy dose of stylistic flair. Buy tickets 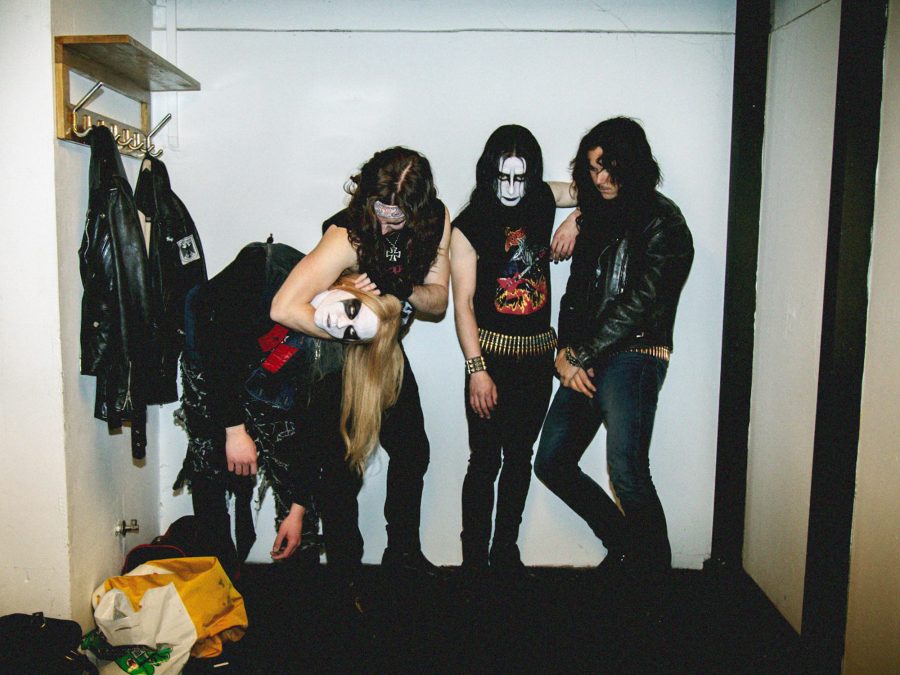 The Little Drummer Girl
Technically this one isn’t a film, but it’s hard to not get excited about a new work from Park Chan-wook. Based on a John le Carré novel, this series follows a young actor (Florence Pugh) who becomes caught up in an espionage plot after meeting an enigmatic stranger (Alexander Skarsgard) on a Greek beach. We’re excited to see Park’s distinctive style applied to this ‘70s spy thriller. Buy tickets

Petra
Do seek out this intriguing slice of familial discord from Spanish director Jaime Rosales, the tale of a young woman who heads on a quest to discover the identity of her absent father. She soon discovers that it might be a local artist named Jaume, and so decides to move in with him and his new family. And from then on, strange things start to occur. Buy tickets

Gordon and Paddy
A whimsical cross between Wind in the Willows and The Killing, Gordon and Paddy tells the tale of an aging toad detective who meets a plucky young mouse while investigating a series of unusual crimes in their peaceful village. Effortlessly charming but gentle enough for younger audiences, Nordic legend himself Stellan Skarsgård voices the titular toad – which is reason enough to book a ticket. Buy tickets

7th Heaven
It’s hard to go wrong if you’re delving into the festival’s archive titles – thankfully back to its own separate strand this year. If you’re thinking of dipping your toe into the classics on offer, then we would highly recommend catching the new restoration of Frank Borzage’s swoon-worthy 1927 romance, 7th Heaven, starring the Janet Gaynor and Charles Farrell. Buy tickets 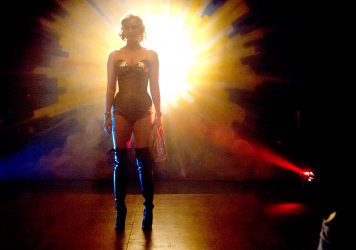 New films that deal with the relationship between men and women in interesting ways. 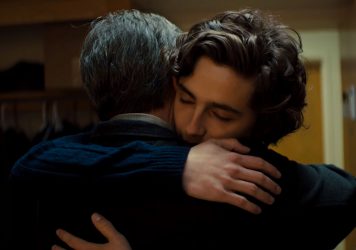 The 2018 BFI London Film Festival line-up has been announced

Big names, hidden gems and arthouse favourites head to the capital this October.