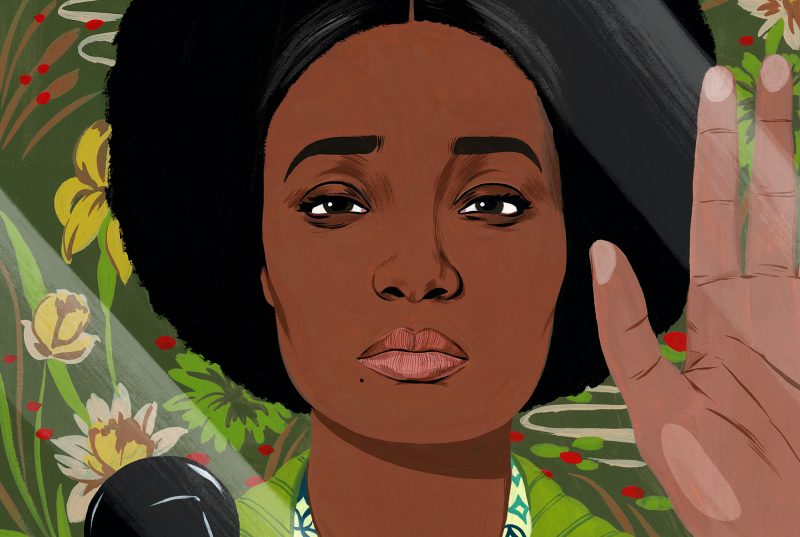 When you read James Baldwin’s 1974 novel, ‘If Beale Street Could Talk’, primal images leap from the page. This Harlem-set tale offers a bristling snapshot of youthful romance dashed against the rocks of a legal framework weighed in favour of affluent white folk. Fonny and Tish are madly in love, but he has been arrested on a bum rap and is fighting for a future which, he discovers, will include a baby.

Barry Jenkins approaches the work of his literary hero with a delicate yet decisive touch, producing an unspeakably moving (and stealthily political) love story in which tragedy and triumph jostle for supremacy. In this issue, we spoke to Jenkins about the mammoth task of transposing Baldwin’s prose to the big screen. 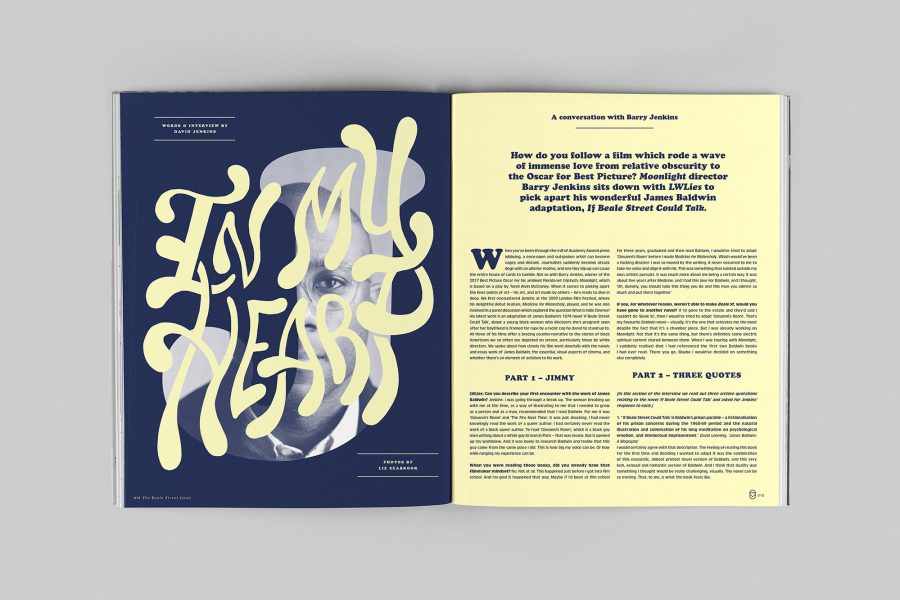 In My Heart: A conversation with Barry Jenkins
The Oscar-winning writer/director explains how he cracked James Baldwin with his wonderful new film, If Beale Street Could Talk.

This Is Love
Keith Uhlich writes in praise of James Baldwin’s volume of poetic film criticism, ‘The Devil Finds Work’.

On the Shoulders of Giants
Actor Colman Domingo on how he fell hard for the writings of James Baldwin.

A Theory of Black Aesthetics
RaMell Ross, the director of Hale County This Morning, This Evening, offers a new way to capture black lives on film.

Harlem Shuffle
Accompany Mark Asch on a whirlwind tour through the cinematic streets of Harlem, NYC.

Soul Music Selections
Ten supremely soulful wax platters and how they made their way to the movie screen, as selected by Caroline Golum

Nicholas Britell: Track by Track
The composer tells the story of his If Beale Street Could Talk and Moonlight soundtracks.

Fly Posters
We delve into the Separate Cinema Archive to look at a selection of American movie posters from the early 1970s.

Threads
Christina Newland looks at the importance of the iconic prison jumpsuit on film.

Subscribe today and get every new issue of LWLies delivered straight to your door.