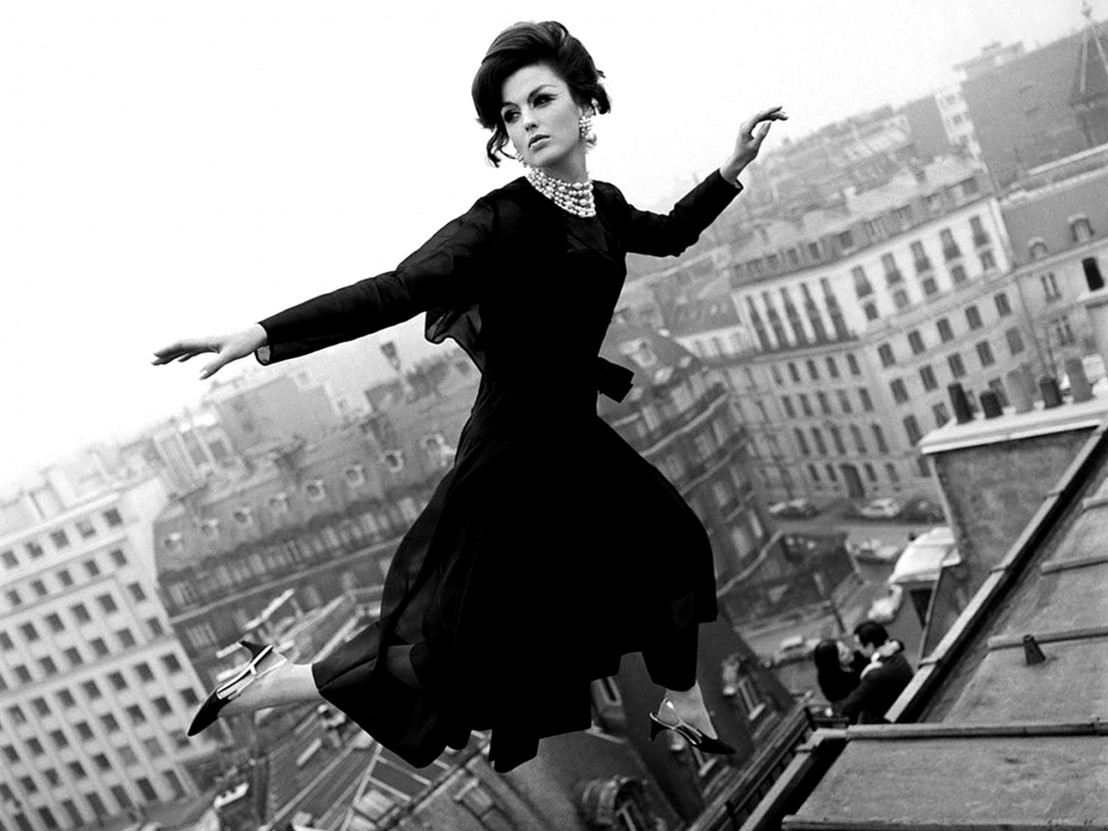 Before Derek Zoolander, there was William Klein. A fashion photographer turned satirical filmmaker, who mined his career in women’s magazines and on the runways for material, Klein helped bring pop art to the screen. Using the world of fashion as a backdrop, Klein lampooned rampant consumerism with fast cutting, surrealistic imagery and design decadence. Part homage, part smear-piece, Who Are You, Polly Maggoo? follows the titular young model through the chaotic fashion world by way of a cheap Parisian television crew. An unconventional hero, whose greatest virtue is that people like to take her picture, Polly Maggoo has no sustained identity.

“Who are you?” is the running joke of the film. Polly Maggoo’s identity lives and dies on her symmetrical face and asymmetrical teeth. While the latter seems to be the defining characteristic that allows her to become a supermodel (setting her apart from the crowd), it is also the constant object of near-constant mockery. While outwardly the world of fashion champions style as a marker of individuality, radicalism is commodified and scorned by a handful of tastemakers: if you’re a nobody, you have no chance, unless a somebody declares you a genius.

The television crew seeks to be a part of that cultural of tastemakers, but consistently fall flat. Their hack-y techniques, adapting each individual subject to the same cookie cutter formula is devoid of any truth. We watch the behind the scenes interview where Polly Maggoo discusses in nonsense sequiturs her life, only to watch the edited version for TV where her words are even further abstracted. The search for truth gets lost in surface values but as one character says “The surface is reality too. That’s life.” The cynicism of Klein suggests that in a consumer culture obsessed with image, the image becomes the only reality. In this world, it seems that asking about what vegetable you’d like to be might be the right question – because our inner life has been eclipsed by the bright lights of the dominant consumer culture.

Who are you, Polly Maggoo? is anything but consistent. Large sections of the film don’t quite work, especially when overly focused on narrative tangents and wordplay. The best verbal gags often work in conjunction with a contradiction of images, while the insane ramblings of pseudo-philosophers feel old-fashioned and off the mark. A subplot about a prince who hopes to marry Polly Maggoo is a little dull, and it’s a shame it figures so heavily in her journey.

The film often works best in staged sequences which delve into the behind-the-scenes workings of photo shoots and runway shows. These sequences, which hold onto a certain amount of reverence for fashion, artfully blur the line between art and charade. The film’s iconic opening sequence sets the tone as we watch models wrapped in sheet metal, parade along an unconventional runway that blends modernist ideals with old world majesty. Beyond impractical (one model even slices her arm on her costume), these costumes are absurd to be sure, but they are also strangely compelling.

This tenuous relationship between “real” art and objects of consumption is at the heart of what makes Polly Maggoo an enduring cinematic object. While altogether a different beast than its modern fashion comedy equivalent, Zoolander, the films share a penchant for absurdity. Both celebrate the freedom of clothing and style as an escape from the mundane tiredness of everyday life, while similarly using it to bemoan how individual style is commodified and sold to the masses.