As Dreadnaught and Knockabout receive new restorations via Eureka Video, it's time to put this Hong Kong martial arts star in the spotlight. 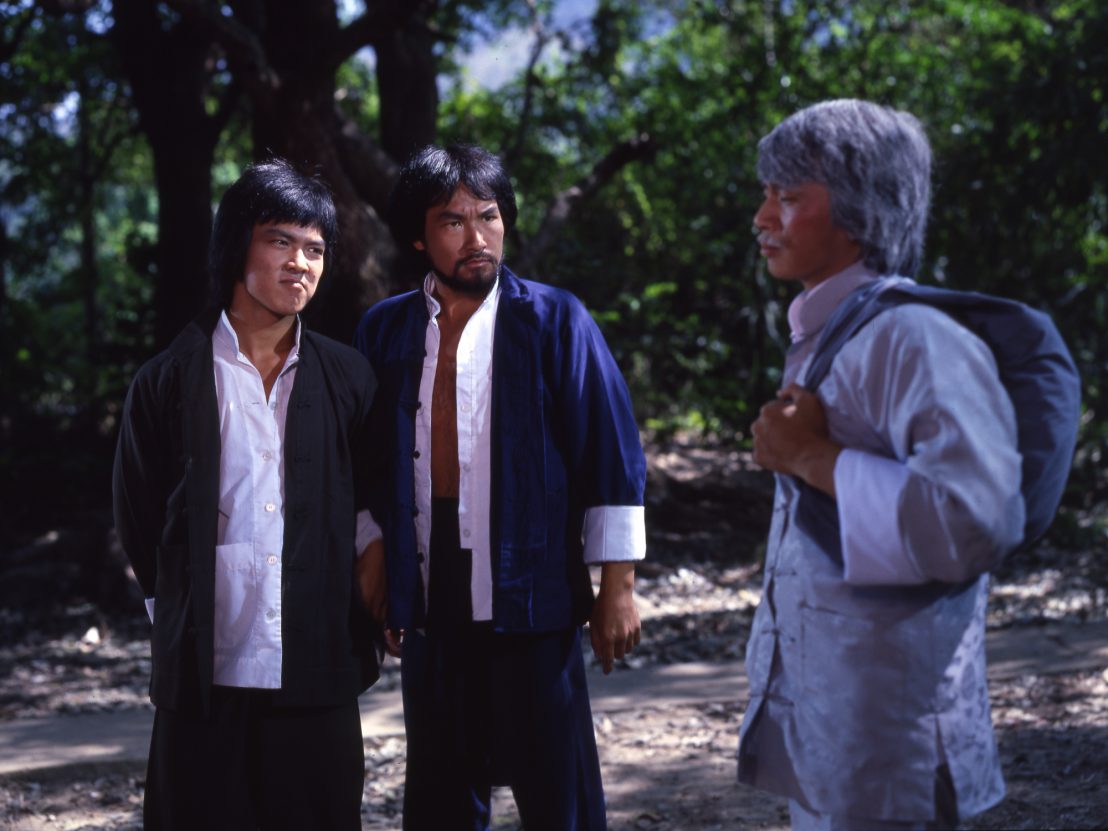 Watching as the actor and martial artist completes his fifth or sixth consecutive standing backflip over a skipping rope during a comedic training set-piece, it might occur to many that the name Yuen Biao should be one more synonymous with the Hong Kong action comedy, with all its Olympian feats of athleticism. His name is perhaps best known in the west as part of a set, featuring alongside one or both of the “Three Dragons”, his childhood friends and “big brothers” Sammo Hung and Jackie Chan, all of whom came up through the Peking Opera School alongside people who would become frequent and longtime collaborators such as director Corey Yuen.

Despite his considerable talents, Biao can sometimes get lost in the shuffle in conversations about the films of the Hong Kong martial arts scene – from a general Western perspective at least – especially when compared with his Peking Opera contemporaries. But Biao’s style of performance is both synergetic with and distinct from that of Hung and Jackie Chan: the same expert comedic timing and willingness to look like a fool, combined with speed and flexibility, along with a talent for dazzling acrobatics that stands apart from both. You can see it in his work with his Peking Opera brothers in the ‘Lucky Stars’ trilogy beginning with Winners and Sinners, or Dragons Forever, the three’s final film all together.

Thankfully new Eureka Video restorations of Sammo Hung’s Knockabout and Yeun Woo-Ping’s Dreadnaught see Biao take centre stage. Knockabout is an early career highlight for the actor, who up to that point had primarily worked as a stuntman and extra, doubling for the likes of Bruce Lee. The film pushed him from co-star to a full-on lead, and with a title literally meaning ‘slapstick comedy’, Biao’s first starring role embodies this in the fullest, playing a mischievous con artist transformed into a formidable fighter.

He starts as a double act with Liang Chia-jen, playing his brother and partner in crime, demonstrating infectiously goofy onscreen chemistry. Together, even the film’s stupidest brotherly spats bring with them a nimble athleticism. It’s delightful to see Yuen carrying such scenes with both his physicality and easygoing comic timing and effortless aura of confidence. Though it begins as a two-hander, the screen is slowly ceded to Yuen as the story progresses and becomes a showcase for his acrobatic ability. The final 20-minute fight in particular is as a spectacular showcase of choreography and the performers’ breathtaking physical ability as it is wilfully, gloriously stupid. Biao’s character embraces the “monkey style”, alternating leaps and kicks as well as skittering around and snarling, before his and Sammo Hung’s character recall a deadlier version of jump rope training. 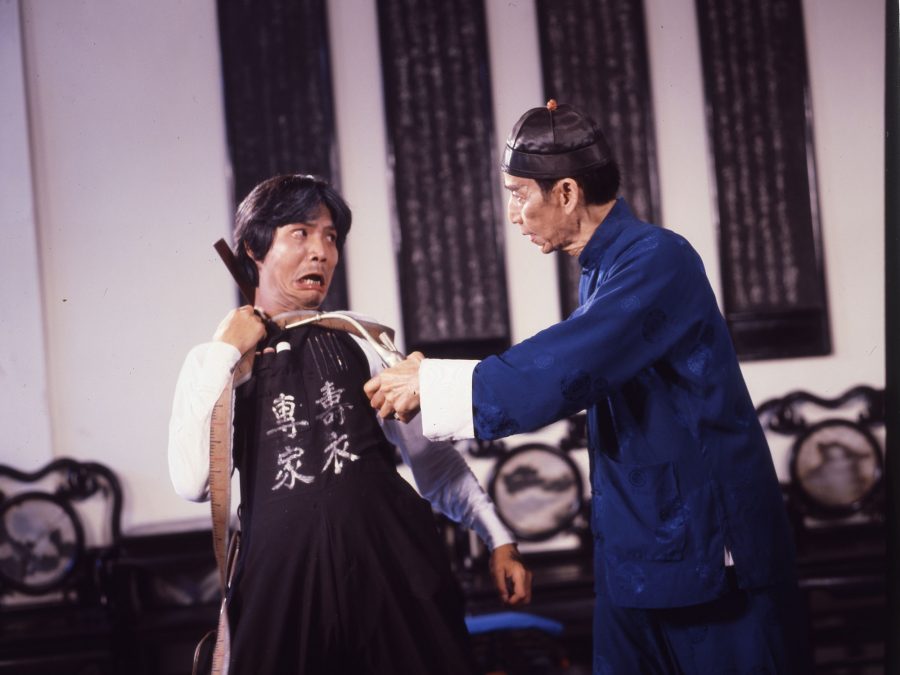 In Yuen Woo-ping’s action-comedy-horror Dreadnaught, Yuen plays an incredibly different protagonist, to the point where it feels diametrically opposed to that debut starring role. Initially decentralised from the various antagonistic relationships of the film’s community, he plays hapless and clumsy outsider Mousy, who eventually becomes the film’s underdog hero. A commonly-cited aspect of Hong Kong action heroes is a willingness to let themselves get hit and even humiliated, but even with that in mind there’s a uniqueness to the cowardice shown by Mousy. He comedically flounders his way through the majority of the film. Instead of a confident, posturing grifter here he’s a pushover, in what feels like a direct rebuttal to that first starring role.

Dreadnaught is already unique among the Yeun Biao canon for its focus on patiently-paced slasher horror over action set-pieces, but its real strength its the deft deployment of Yuen’s talents. Still early in his career, Biao was crafting an onscreen persona, but Dreadnaught already feels like an unexpected subversion of his athletic talents – by having him play a coward. After being front and centre in Knockabout, Biao begins Dreadnaught film at the sidelines, channeling sweetness and almost everyman charm that makes him so endearing in a lot of his later work too. He’s more of an innocent and well-meaning goof from the jump in Woo-ping’s film, a little more in line with the gentler kinds of roles he would play alongside Jackie and Sammo in movies such as Wheels on Meals – hapless rather than cunning, but charming all the same. It’s a perfect fit for Dreadnaught, a contrast to the brutality of what in places feels like a martial arts slasher film as the “White Tiger” becomes a local serial killer.

It’s a tricky tightrope to show off this constant physical vulnerability and remain a convincing action lead but Biao manages it like few others could, convincing in his athletic ability without compromising his character. His victory comes not through vigorous training or transformation as in Knockabout, but through an application of something his character already knew – his “laundry kung fu”. His later work shows off a range of types, having played a stern but cool authoritative type as often as sweet-natured comic relief characters, but the contrast between his leading roles in these two films shows that everything that his contemporaries can do, he can do as well – and throw a few extra somersaults in for good measure.

Knockabout and Dreadnaught are available through Eureka Video. 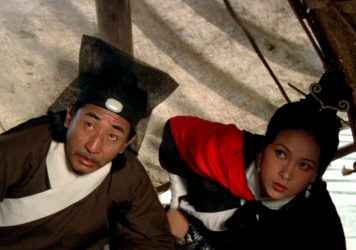 Discover the religious allegory of this epic King Hu wuxia

The Chinese master’s 1979 Raining in the Mountain is now available on home video for the first time in the UK. 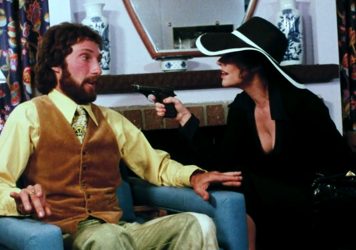 Renee Harmon is the eponymous Lady Street Fighter in one of the most outrageous exploitation movies ever made.