Promoters like TNA are leading a revolution in sports entertainment. 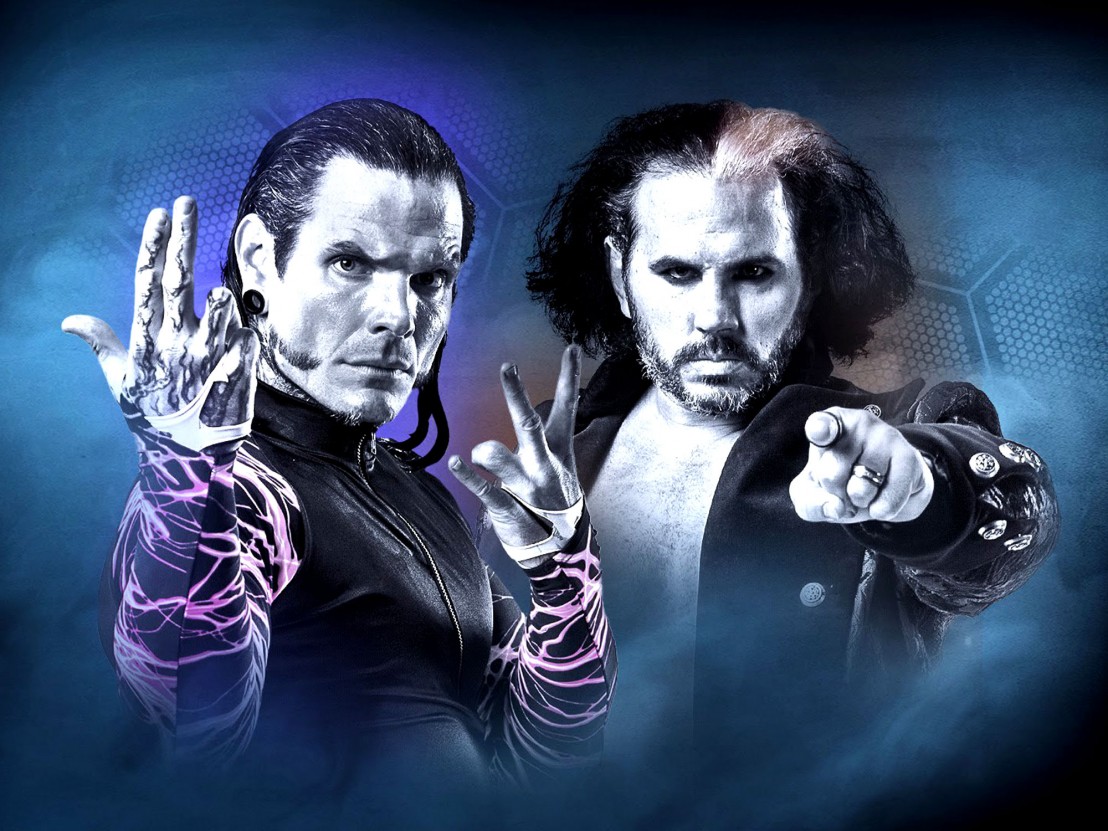 Over time, popular television series have developed a compelling formula that encourages viewers to return week after week in order to see which shocking twist will occur next. It’s a method that has worked wonders, principally because audiences entrust the writers of their favourite shows to entertain them every time they tune in.

Although professional wrestling isn’t strictly a television show, it has every right to be defined as one. Each week, performers tell a scripted story in front of TV cameras and a live ringside audience, the resulting narrative eventually playing out at a pay-per-view event. It’s an entertainment industry whose primary goal is to entertain huge crowds, keep them invested and ultimately encourage them to buy merchandise.

Yet perhaps the biggest problem facing wrestling is that it isn’t real. That’s an argument for another day, but how does an industry keep itself relevant when the vast majority of its audience is essentially in on the whole charade? Two of the biggest wrestling companies of the planet, World Wrestling Entertainment and New Japan Pro Wrestling, have started focusing their attentions on the physical and athletic side of sports entertainment, blurring the line between fact and fiction.

This transition to a more serious approach has allowed pro wrestling to move away from its cheesy ’80s and ’90s heyday, when grown men from the big franchises would parade around sporting bright leotards and terrible haircuts in order to depict truly cringe-worthy characters. Smaller companies with TV deals do not have the same budget or access to talent as WWE and NJPW, so how do they stand out from the crowd?

In 2014, a new wrestling company started in the US called Lucha Underground, the brainchild of producer Mark Burnett and director Robert Rodriguez. Rather than operate on a weekly basis like most companies, Lucha Underground pioneered a set amount of episodes over the course of a season through which they would tell numerous wild stories, each more ludicrous (and therefore entertaining) than the last.

To give you a taste of what Lucha Underground is offering, here’s a brief rundown of the regular cast of characters: Prince Puma (a direct descendant of an ancient Aztec tribe), Mil Muertes (an undead overlord), Drago (a man who believes he is a dragon), Aero Star (a visitor from outer space), Joey Ryan (an undercover cop) and a maniacal boss called Dario Cueto who, along with his cannibal brother, has killed several wrestlers on the show. Although the characters and stories are mostly fun and silly, much like every other pro wrestling company, Lucha Underground brought editing, lighting and camerawork to its shows. This wasn’t a company packaging their product as a genuine sport, but rather selling it like a television show.

Today Lucha Underground is a viral sensation thanks to its original style and the quality of the matches on offer. The one thing holding them back is a lack of big name talents who might attract casual fans who are otherwise unfamiliar with the majority of Mexican stars on the show. This is not a problem for rival company TNA (Total Nonstop Action). Matt and Jeff Hardy were once bona fide WWE Superstars, adored for death-defying stunts and devil-may-care attitudes. Over the past few months Matt and Jeff have managed to breathe new life into the company, which earlier this year looked to be teetering on the verge of bankruptcy.

These two real-life brothers are engaged in a wildly original ongoing feud. After being accidentally injured by his brother in a match, Matt effectively lost his mind and started to refer to himself as Broken Matt Hardy and to Jeff as Brother Nero. Matt spoke in an odd Shakespearean accent, composed melodies on pianos and adopted a new look (picture a bad Sweeney Todd cosplay). He expressed a desire to ‘delete’ Brother Nero for what he had done. Rather than conduct matters on the mat, this rivalry would take place on the grounds of their own homes and was filmed in the style of a soap opera, complete with a script, soundtrack and full supporting cast. Although the rivalry is still raging on, the siblings had a match a few weeks ago dubbed ‘The Final Deletion’. This pre-taped segment was less a wrestling match, more a short movie.

Despite clearly running on a minuscule budget, the Hardys managed to put something together that is at once violent, hilarious, strange and above all immensely enjoyable. Since it was broadcast on 5 July, The Final Deletion has divided online opinion but succeeded in creating a buzz around a once ailing product. Matt Hardy and his various catchphrases have been turned into memes and t-shirts and his Twitter account, from which he tweets in character, really is something to behold. His recent Reddit AMA is also well worth a read.

In what can either be considered a mark of recognition or an attempt to ride on the coattails of this success, the WWE released their own heavily dramatised segment that bore a striking resemblance to The Final Deletion, although it didn’t quite match it for execution. Regardless, this new, almost cinematic, approach is resulting in some of the most riveting wrestling in years.