Access an exclusive virtual preview of the Rock Against Racism film, in association with All Points East. 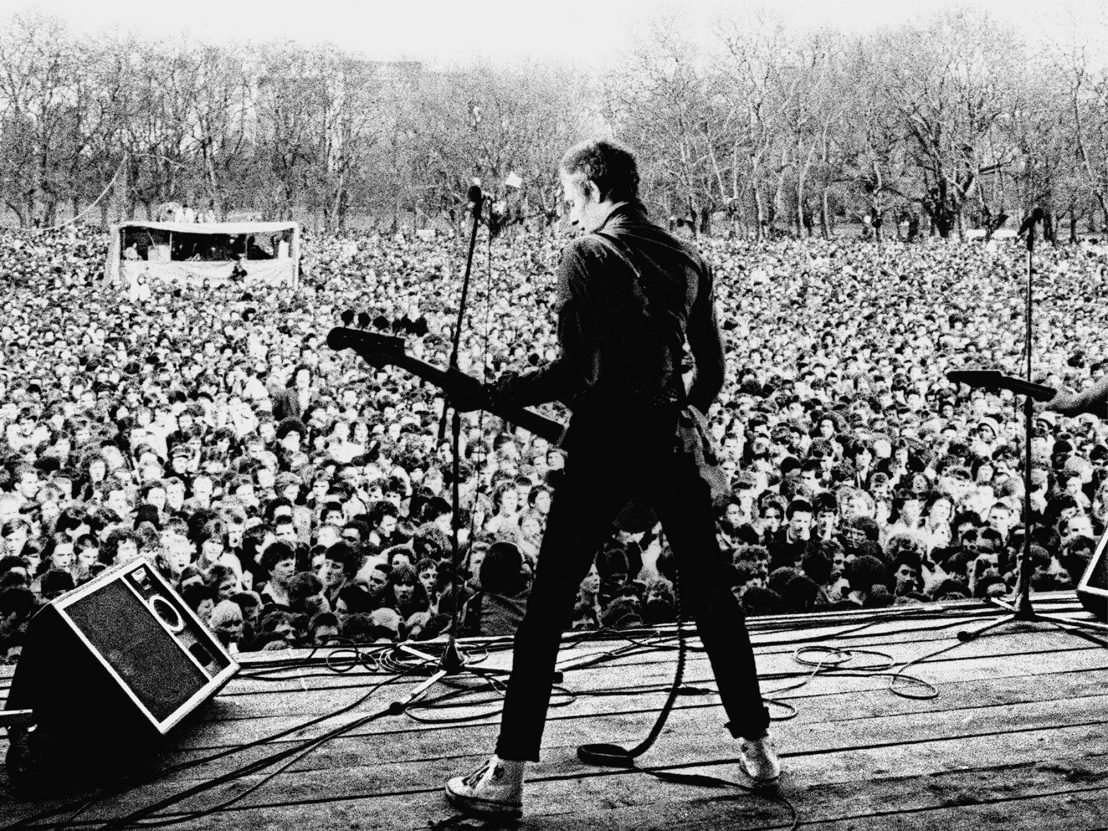 To commemorate the 1978 Rock Against Racism concert in London’s Victoria Park, where The Clash famously took the stage to protest against racial prejudice in the UK, we’ve teamed up with Modern Films and All Point East for an exclusive preview of White Riot, a new film recounting the story of this historic musical movement.

The 80-minute documentary combines raw archive footage and retrospective interviews to recreate the volatile social environment of Britain in the late 1970s. From its humble beginnings as a Hoxton fanzine, RAR captured the imagination and mood of an entire generation, sticking two fingers up to fascism while celebrating the diversity of this proudly multicultural nation.

Winner of the Grierson Award for Best Documentary at the 2019 BFI London Film Festival, White Riot is available to view online from 22-31 May, with a chunk of the proceeds from each stream going to participating independent cinemas.

And join us on Friday 29 May at 8pm for a special live-streamed panel discussion and musical performance, hosted by Kate Hutchinson and featuring director Rubika Shah, RAR co-founder Roger Huddle and Jenny Hamada from All Points East Festival, as well as music guest Celeste Bell (daughter of Poly Styrene, whose band X-Ray Spex performed at the original RAR) plus more TBA.

Once purchased, you will be able to watch the film for the next 48 hours. For more information, please check this FAQ. If you experience any technical issues, please contact info@modernfilms.com