Wes Anderson has designed a bar in Milan

Take a look around Bar Luce, as imagined by the idiosyncratic writer/director. 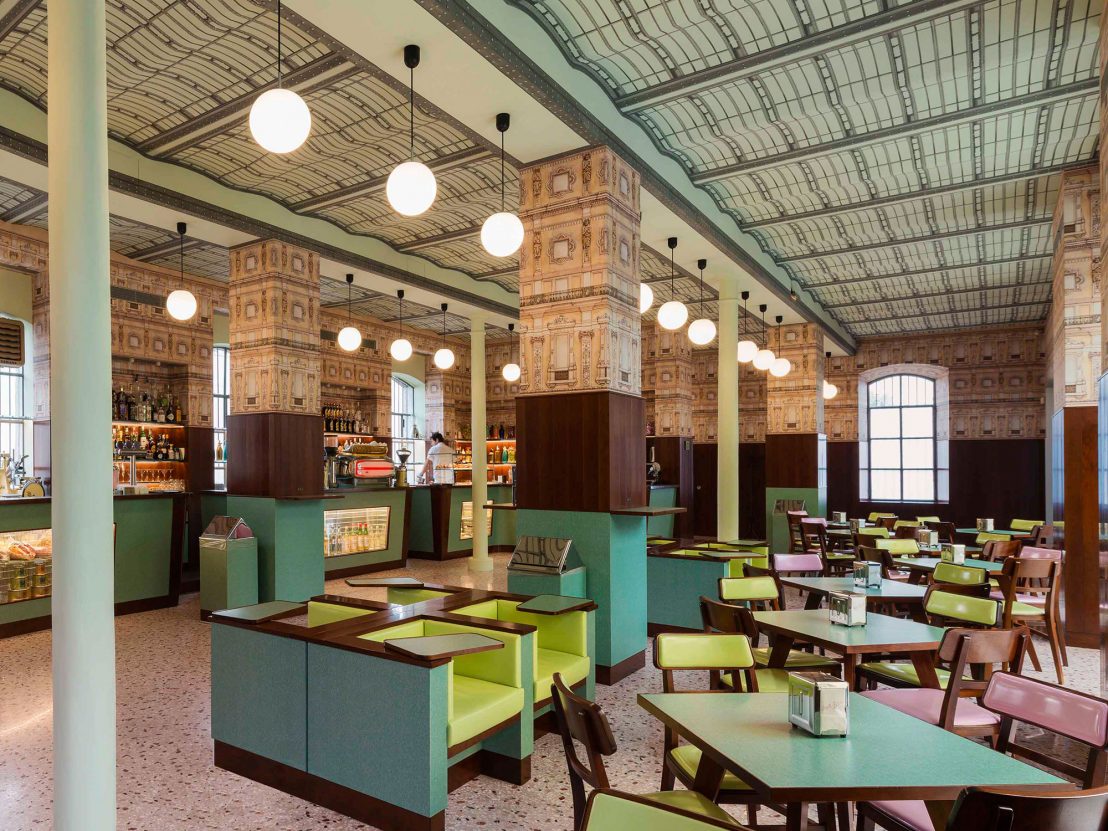 You have to give it to Wes Anderson; the kid is something of a monster when it comes to brand and corporate tie-in work, but whatever he does, he always manages to come up smelling of roses. Who can forget his sensational American Express advert which was superior to most director’s full-length features? Well, following the grand success of The Grand Budapest Hotel and the creative world very much being his oyster, he’s decided to design his own bar in Milan as part of the Fondazione Prada project.

He says that the inspiration was simple – it’s merely a place in which he would enjoy spending his own afternoons, and the mid-century architecture and pastel hues link it very directly to the aesthetically immaculate Wesworld of the screen, also with sundry references to Italian neo-realism. Peeking behind the bar, it’s largely stocked with unfashionable ’70s apéritifs and bitters, and off to the side is a Steve Zissou-themed pinball machine, which is worth the price of flights alone.

Anderson joins the likes of David Lynch and Aki Kaurismäki in the film directors affiliated with pubs clique, and we hope this is the first move towards the wider mooted project (which was possibly a joke) of a Wes Anderson theme park.

The question remains, though: which other directors would do well to open a bar?