You won’t hear any complaints from this end about Alex Garland being given the keys to the Hollywood dream factory for his follow-up to nifty hard sci-fi runaround Ex Machina.

From this whiz-bang first trailer, it seems that he has carried over a female character (real this time rather than robotic, it appears) being scrutinised from behind a glass shield from that debut feature. This time, however, it’s Natalie Portman as she reports back on a bizarre encounter which looks to have resulted in many deaths. Or maybe something even worse.

Based on Jeff VanderMeer’s best-selling Southern Reach Trilogy, the film looks – on the sole basis of this first glimpse – like Denis Villeneuve’s take on Predator with some M Night Shyamalan thrown in for good measure, replete with gorgeous visuals, ecological devastation and strangers facing danger in a strange land.

The stellar cast includes Jennifer Jason Leigh, Oscar Isaac, Gina Rodriguez and many others. The film lands in UK cinemas on 23 February, 2018, and you can colour us intrigued on the back of this early missive. 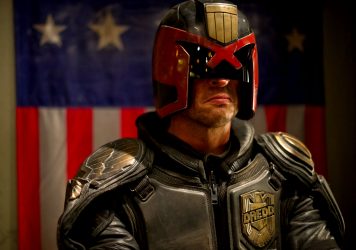