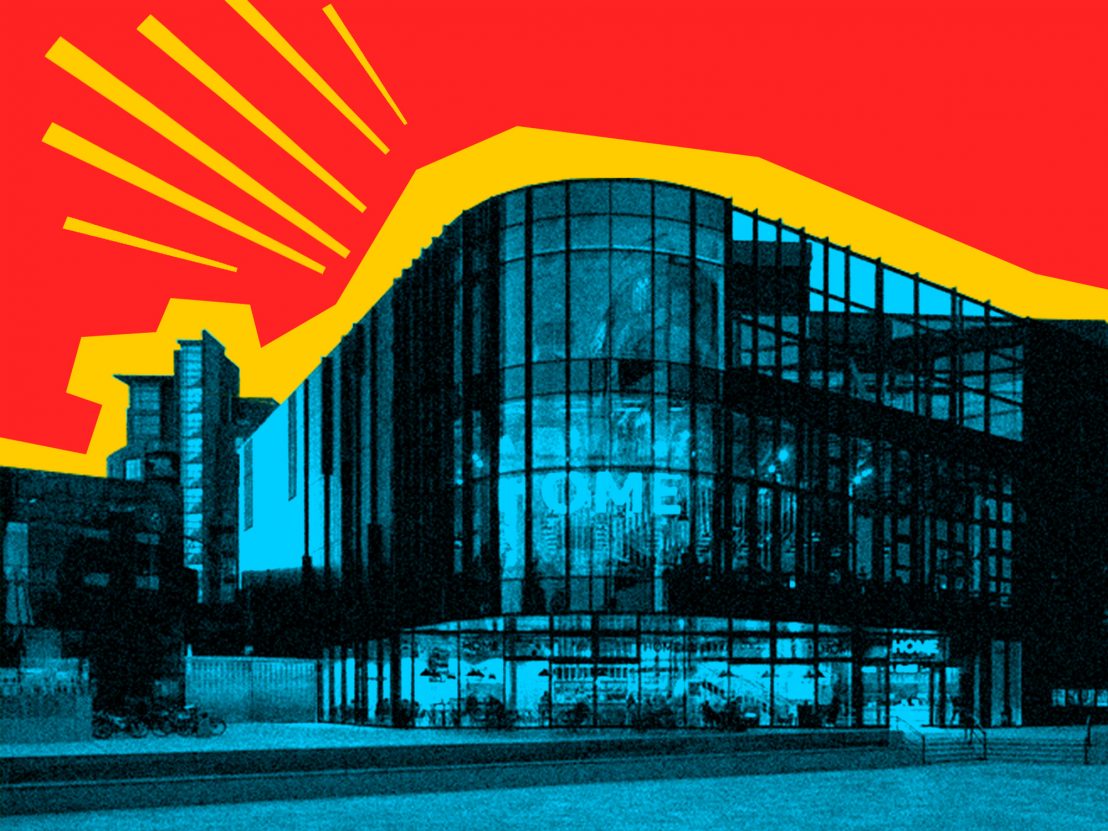 After more than a year of social isolation, there is no joy quite like sitting in a dark room, surrounded by strangers, ready to stuff your face with popcorn and watch a movie.

At the Prince Charles Cinema in London’s Leicester Square, a pre-reel announcement informs customers that the air is refreshed eight times an hour by hospital grade air filtration systems; that all staff are making every effort to maintain social distancing and covid restrictions; and that your seat is cleaned before and after you use it.

Independent cinemas are making a Herculean effort to entice audiences back and keep them safe. Since our last report, statistics from the BFI have been updated, and as of June 2021, 209 independent cinemas in England have been awarded funding from the Culture Recovery Fund (CRF). They were all obliged, and indeed eager, to invest in measures that make going to the cinema safe during the pandemic.

At the start of the pandemic, Oxford Economics released a report predicting a “cultural catastrophe” in the UK, with a £74 billion expected drop in revenue and 400,000 jobs threatened in the entire sector, while “the film, TV, radio and photography sectors face a loss of £36 billion in revenue (57 per cent), with 102,000 jobs at risk (42 per cent).”

Sarah Healey, the permanent secretary for the Department for Culture, Media and Sport, recently admitted during an enquiry into the distribution of the CRF that the government was well aware from “the beginning of the first lockdown” that the pandemic would have “a particularly severe impact on the culture sector compared to the rest of the economy”.

Despite this, at the time of writing only half of the £1.6 billion CRF has been allocated. In the second round of funding, known as ‘CRF2’, only 85 per cent of allocated funding has been distributed, despite the assertion the money was provided to cover expenses “between April and June”.

This is particularly galling when support for freelancers in the industry has been so sparse. At least one million people in the industry may have fallen through the cracks and missed out on government funding, according to the BBC. Other reports claim that only one in five TV freelancers are eligible for support, with many indeed turning to food banks as previously predicted.

During the enquiry into the distribution of the CRF, Healy said that “100,000 freelancers have been supported and kept in income as a result of the CRF’s funding”. Additionally, Darren Henley claimed that ACE over the last year “has invested a total of £51.7 million in 13,464 individuals and freelancers”. He also said that by “investing in the infrastructure” it allowed freelancers to “be employed in the future”.

The BFI has also been involved in providing funding for the Covid-19 Emergency Fund for Film & TV with Film & TV Charity that, according to their spokesperson, has provided “substantial support from industry to support freelancers”.

Even as funding is slowly made available, cinemas still rely on bums in seats to survive – especially when promised government funding has been so sparse. While the BFI has done a “brilliant job” with the limited funding it has been awarded – just 2.8 per cent of the total CRF as we previously reported – the question of who is ultimately responsible for the fate of independent cinema remains. Who decided that independent cinemas were worth such a small proportion of the CRF? The answer may lie in the Culture Recovery Fund Board.

The Board comprises 13 individuals, some of which are detailed in the infographic below. Many of them have histories in consulting and the financial industries, and monetary links to arts, such as sitting on the boards of theatres or investing in film. These appointments include one representative from each arm’s length body that distributed funds – Jay Hunt from the BFI, Nicholas Serota from Arts Council England and so on.

There is a striking lack of input from local councils or communities, or any individual with a purely artistic or creative lens. It appears that the board not only misses a beat in covering the arts with actual makers of art, but it also undervalues the economical contribution of the sector.

Arguably, many of those listed were chosen to oversee the distribution of funding due to their financial experience in the industry. But some appointments may support the accusation of a “cultural cleansing” campaign from Downing Street that the Financial Times recently reported.

The FT alleges that the government is making a concerted effort to “reset the balance of opinion at the top of Britain’s cultural and media institutions” through board appointments. This includes vetoing a second term for two female directors of Channel 4, opposing Mary Beard’s nomination as a trustee for the British Museum, placing Conservative MP Jacob Rees-Mogg to the board of the National Portrait Gallery and nominating Robbie Gibb, former Downing Street director of communications, to the BBC board.

It is increasingly clear that the future of independent cinema, and indeed the entire culture sector, is being decided through the narrow lens of profitability. Previously we uncovered a government-built algorithm that is at the heart of Covid grant distribution, leaving the question of cultural importance to be decided by a piece of software. A spokesperson for DCMS has subsequently told us that “it was used by the CRF delivery bodies as part of their assurance process” but “it was not used to make decisions itself as to who did and did not receive funding. Its analysis supported funding decisions which were made solely by the delivery bodies or the CRF Board”.

This does nothing to assuage suspicions that CRF grant money was distributed based on the financial implications of funding institutions over their cultural impact or need. Computers are not yet able to judge cultural merit.

While the Spotlight algorithm initially filters applicants, funding is then decided and managed by members of the Culture Recovery Fund Board. These decisions are being made in meetings with DCMS and private consultancy firms Ernst & Young, PricewaterhouseCoopers and Smith and Williamson.

Through Freedom of Information requests we found that every meeting held in relation to the distribution of the CRF was attended by Ernst & Young. In fact, there has been over £1.7 million spent by the government on advice and consultancy in relation to the CRF, despite there being an unpaid board managing the delivery of the fund.

This investigation has found one such contract for £623,175 to “support DCMS in the delivery of the Cultural Recovery Fund programme” was awarded to Ernst & Young. Although DCMS declined to provide more information on the contract, a spokesperson told us that “Ernst & Young provided expert support to DCMS and the delivery bodies during the delivery of the Culture Recovery Fund, particularly in providing financial expertise in order to ensure best value for the taxpayers’ money.”

Confusingly, however, they also claimed that “Ernst & Young did not feed into the decisions made by the Culture Recovery Board”. Why a consultancy firm was paid over half a million pounds seemingly not to have any effect on the decision making process is unclear.

Another government contract worth £556,275 was awarded to Ecorys Ltd for the “evaluation of the Culture Recovery Fund”. The process was so stressful, it appears, that Strategic Health Limited were also awarded a £16,000 contract to “support the health and wellbeing” of the staff at Arts Council England during this time.

Chairing the Culture Recovery Fund Board is Sir Damon Buffini, who since 2015 has also been the Chair of the Board at the National Theatre, which laid off almost 400 staff members in July 2020. He has publicly stated that due to the “conflict of interest” he “will remove” himself from any meetings in relation to the NT’s application for funding.

According to FOIs we submitted there were seven meetings held by the CRF Board up to and including December 2020; two were “grant discussions” and four were to discuss loans. Buffini is listed as having chaired every meeting. That month the government announced the National Theatre had been granted a £19.7 million repayable finance loan. Sir Buffini did not respond to a request for comment, but a spokesperson for DCMS told us that “at no point did Damon influence decision making over the loan for the National Theatre” and that when it was discussed, he “recused himself from the meeting and Carol Lake assumed Chair”.

Buffini is also a director of three “investment schemes” owned by Ingenious Media. The company came under scrutiny in 2014 after it was accused of being a tax-avoidance scheme where “many investors put money into schemes that backed the British film industry”. As directors of these partnerships, “they were then able to write off losses against other income”. It has since been ruled that “the schemes did not give rise to the intended tax relief for the investors” and subsequently, “over 500 investors have issued claims”. Buffini was contacted multiple times with a request for comment, but gave none.

Then there is Dr Samir Shah CBE, who is listed as an Independent Board Member for the CRF. He is a commissioner for the Commission on Race and Ethnic Disparities. He is also co-author of the controversial Race Report that the UN has called “an attempt to normalise white supremacy” that it “categorically rejects and condemns the analysis and findings” of. Shah defended the report in The Spectator by posing the question: “If institutional racism is immanent in our culture and our institutions, how can people of the same race have such different fortunes?”

It’s not an overstatement to say that the future of independent cinema in the UK is in the hands of these people. And the month delay to the fourth stage of lockdown restrictions easing meant that theatres, arts and performance spaces were once again left holding the short straw. While restaurants, pubs, bars and gyms are operating almost at full capacity, theatres still sit empty. Cinemas, even with hospital-grade air filtration systems, are scrambling to draw audiences while film distributors nervously hold back releases.

If the future of independent cinema, and indeed the entire arts and culture sector, is decided solely on its profit-making viability, it will be in serious trouble. While the distribution of vital funds should indeed have input from financial experts, the selection of the CRF Board indicates that those most responsible for the industry’s recovery have altogether different priorities than those making the art that we love. 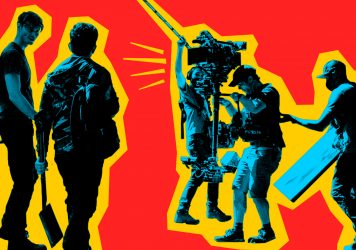 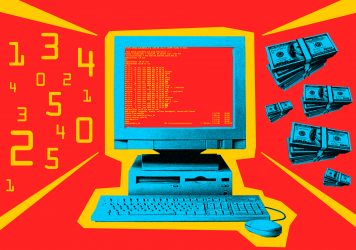 Our investigation into the government’s Culture Recovery Fund has found evidence of automated cultural elitism.