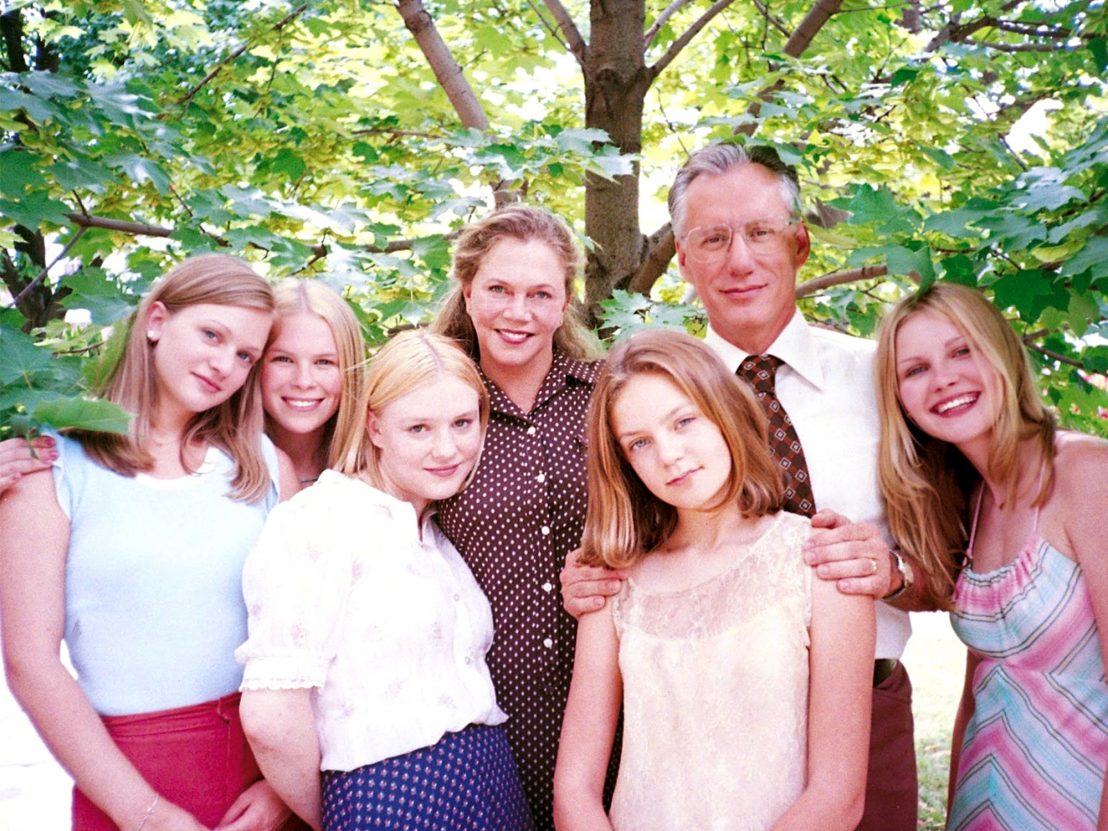 Once behind the school’s imposing gate, John’s presence strips away at the veneer of prudish conservatism to reveal a hidden world of sexual repression. Frills and long white lace gowns make way for feverish, bodice-ripping melodrama. Then we catch a glimpse of a torn, blood-stained night dress. Tensions heighten within the household, a friction that sends its female residents reeling. The Beguiled offers an assertive exploration of sexual power. John’s presence sets in motion a forbidden game of eroticised dominance, bringing to light gender power struggles and coupled with intense rivalries that border on obsession, as the girls compete for male attention.

A similar kind of obsession is explored in Coppola’s debut feature from 1999, The Virgin Suicides, bookending her filmography with intertwining themes of religion, sexuality and death. The young women of both films are caught in the frantic limbo between the innocence of childhood asexuality, and the female eroticism of adulthood with the many sexual pleasures it has to offer. It’s this sense of being caught in the purgatory between youth and young womanhood that weighs heavily on the Lisbon sisters in The Virgin Suicides, much in the same way it does for the girls in The Beguiled.

Confined together in a house built on conservative foundations, just like the girls of Miss Martha’s boarding school, the Lisbon sisters are sheltered from the outside world. The beginnings of their transition from girlhood to womanhood arrive in awkward bursts of muted passion and feeling. Sexuality hangs at an uneven balance, a misunderstood entity ready to tip into the realm of complete rejection and suppression, or lurch out of control. No dating, no makeup, no parties; such are the rules that govern the Lisbon household, restricting any form of experimentation, socialisation, and above all sexual expression. 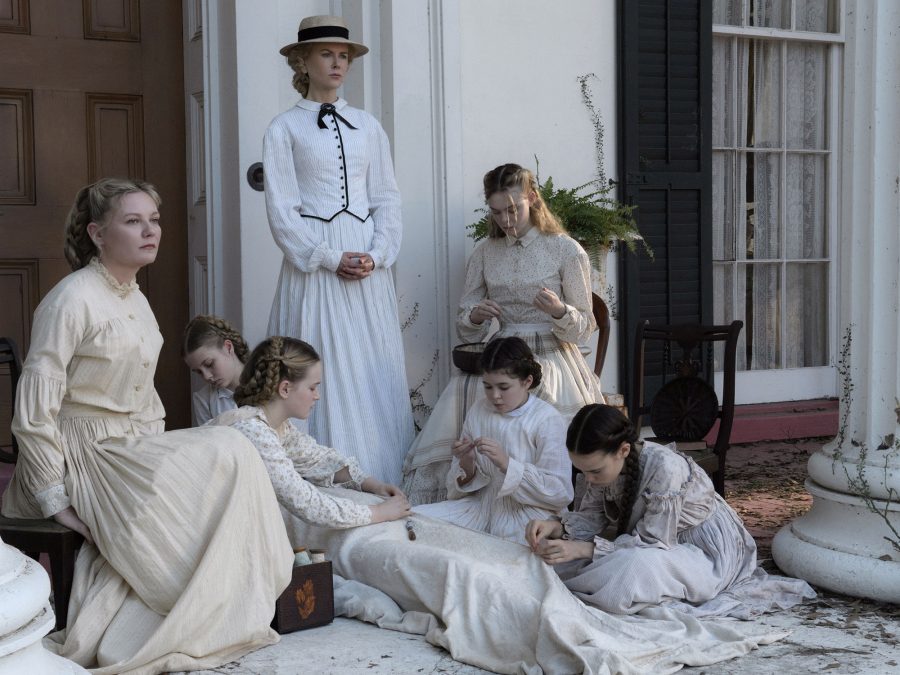 Mrs Lisbon (Kathleen Turner) herself represents the social pressure the girls face to retain an image of virginal purity. Meanwhile, in a society that fetishises teenage girls, the Lisbon sisters are forced to compete with opposing social pressures. Through the male gaze of the neighbourhood boys, we witness the objectification of the girls. The Lisbon sisters are reduced to the sum of their mysterious possessions, analysed through the only lasting evidence of their femininity and female sexuality.

The boys come to symbolise the societal expectations that bombard the girls, putting them at the centre of a social contradiction. The youngest sister Cecilia’s (Hannah Hall) first attempted suicide sees her limp and dead-eyed in a tub. Blood swirls in the water. An image of the Virgin Mary falls from her languid hands. This religious imagery, used later as the girls’ calling cards, presents the ultimate contradiction. The Virgin Mary is innocence and maturity combined, a metaphor for the paradoxical expectations the girls face.

The anachronistic significance of the wedding dress Cecilia wears to her death is a paradox in and of itself, a symbol of purity at the beginning of a religious and romantic union, as well as sexual consummation and maturity. Her death by defenestration is her final act of defiance, and proof of her cynicism at the impossibility of fulfilling the expectations of her parents and her peers.

For Lux (Kirsten Dunst) the mystery of love is concealed from her by something deeper and primal, more self-destructive perhaps. The temptation of sexuality runs rampant for the suburban teens of Grosse Pointe, Michigan. This is especially true for Lux. Her acts of rebellion, breaking curfew, and engaging in casual sex with strangers on the roof of her family home could also be seen as a form of female empowerment.

In any case, any perceived notions of Lux or her sisters’ innocence and sexual repression are preserved in death. Ever-sleeping, they are symbols of female passivity on which the boys may forever project their romantic and sexual fantasies. That in death as in life the girls become a fetishised enigma is arguably their greatest tragedy.