The story of Duke Ellington’s Anatomy of a Murder score

Otto Preminger’s 1959 courtroom drama was the first Hollywood movie to use an African-American composer. 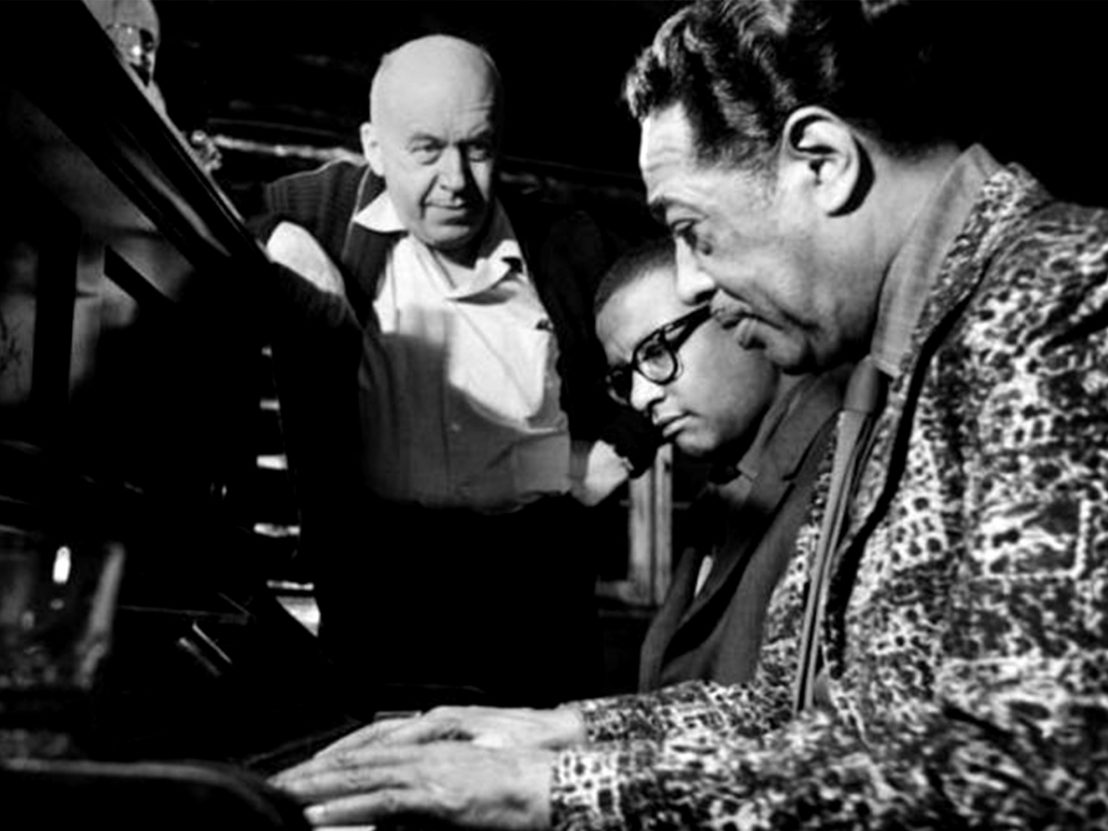 Opening titles were a fine art in 1950s Hollywood. Mixing increasingly avant-garde images with innovative music, the decade saw a wealth of stylish, influential title sequences that pushed the boundaries. And few better encapsulate the changes that took place in Hollywood cinema at the time than that of Otto Preminger’s courtroom drama, Anatomy of a Murder.

Yet its title sequence by Saul Bass – fragmented, stylised, animated and energetic – also highlights the other big innovation in Preminger’s film: its score. One of the first big film scores given over to a fully fledged jazz musician, Anatomy of a Murder not only looks radical but sounds it too thanks to the musical edge of Duke Ellington and Billy Strayhorn. Theirs was a musical revelation that, 60 years on, still sounds and feels fresh.

Based on a real-life case occurring mere years before, the film revolves around a complicated murder trial. Maverick, idiosyncratic lawyer Paul Biegler (James Stewart) decides to take up the case for the defence of US serviceman, Lt Frederick Manion (Ben Gazzara) after he has admitted to shooting the owner of a bar, supposedly in revenge for an attack on his wife, Laura (Lee Remick). Preminger details at length the preparation and fallout of the trial, as the lawyer for the prosecution (Brooks West) brings in a big hitter from the city, Claude Dancer (George C Scott). But are the accused military man and his wife really telling all about their relationship and the events that night that led to the death of an unarmed man?

Though noted for an array of groundbreaking aspects, in particular its refreshingly realistic portrayal of the legal process and its fearless inclusion of a more detailed sexual reality, it is Ellington and Strayhorn’s soundtrack where the film is at its most ambitious. Arriving a year after Miles Davis’ celebrated score for Louis Malle’s Elevator to the Scaffold, Anatomy of a Murder was the first major Hollywood film to feature a score by an African-American composer, as well as being one of the earliest to use jazz in such a way. 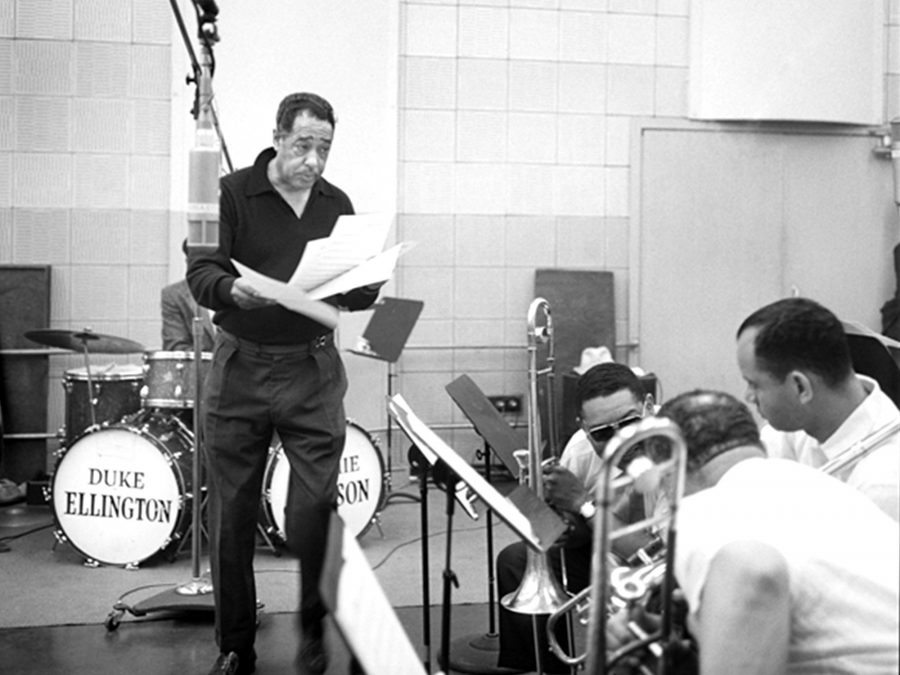 Whether in crooning, cool leitmotifs or bombastic party pieces, the score switches between the more typical dynamic movements of traditional film scores and its own smooth style and direction, thanks as well to the alto sax of Johnny Hodges, the trumpet of Clark Terry and the trombone of Britt Woodman.

Jazz feels in some ways an aesthetic prism through which the whole film is seen. When Bass’s equally modern titles fill the screen, they pair with the score beautifully in highly stylised fragments and sharp lines. It’s even more fitting that Bass’ designs feel like nothing less than a missing edition of Henri Matisse’s Jazz series, only if Matisse had been put in charge of a crime scene recreation rather than a purely expressionistic project.

Yet the music was radical for Ellington too. One of the biggest names in jazz at the time with his successful band, working on the film marked a dramatic shift for his and Strayhorn’s compositions. This was to be the first occasion of Ellington working from other people’s ideas; the freedom of the form, which seemed so essential to its workings, greatly reduced by the very process of film score recording.

Nevertheless, Ellington was willing to compromise. He recorded two versions of the score, with motifs from both finding their way into the final film thanks to music editor Richard Carruth. A similar process occurred for what made the final cut of the soundtrack album too, put together by its producer Irving Townsend, and explaining the discrepancies between the final soundtrack LP and the final score. Either way, it did little to lessen the success of the film or its music. The film was nominated for seven Oscars including Best Picture (it lost out to Ben-Hur), while the soundtrack won three Grammys including Best Sound Track Album.

The score works on several levels within the film, not simply in the more typical Hollywood fashion of being placed over the narrative. Considering the world of the film – law courts, country fishing haunts and trailer parks – there’s a refreshing contrast to using such urban-infused music, building unusual juxtapositions to the people and places on display. When Laura turns up at Paul’s office, his secretary, Maida (Eve Arden), tells him, “She’s been through all your albums, from Dixie to Brubeck.”

He’s not the typical clean-cut lawyer but an improviser, reluctant to be the person he’s expected to be, and only drawn out of his usual life of fishing and jazz by this particular case. The music implies that he’s aware of the social world outside of that of his peers, visiting the same bars as the spouse of the defendant to play and listen to the music. Jazz is really coded as his advantage in the court room, his humanity.

The score, and in particular its intuitive character, feels exactly in line with its main protagonist. It’s almost unpredictable in regards to which direction it’ll go, and the film goes to great pains to show Paul as actually the musician responsible for the music. It gives the character a maverick power over the narrative, as if he’s in touch with forces outside of the film, to the point where it’s inconceivable that he may lose the case.

Preminger even films Paul playing along in a night club with Ellington himself who makes an appearance with his band; the pair sat together at the piano working through one of the score’s standards. This unusually self-aware moment is key in acknowledging Ellington’s importance to the film, sat jamming with James Stewart at the piano. It’s one of the best hat tips to a film’s composer Hollywood produced, acknowledging that times were changing and that its music finally needed to catch up with the cool cats.