Tears of a Wookiee – The Star Wars Holiday Special at 40 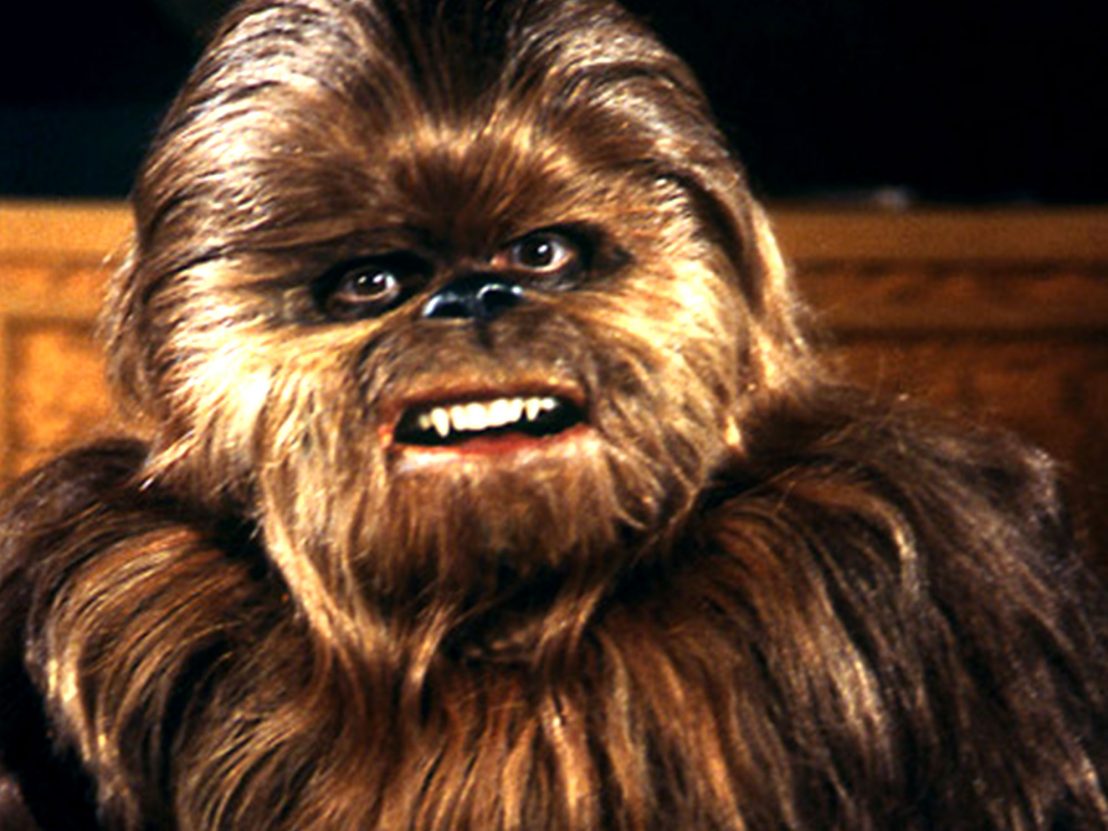 This year marks the 40th anniversary of The Star Wars Holiday Special, and it’s time we gave it a break. A seasonal show hastily greenlit by CBS to push merchandise and keep fans thirsty for The Empire Strikes Back, this hodgepodge production was never going to live up to the groundbreaking success of Star Wars even before its doomed journey to the small screen began.

The script was revised within an inch of its life, actors in full Wookiee attire dropped like flies on set in the LA summer heat, director David Acomba walked away after filming just a handful of scenes. George Lucas, his name pointedly wiped from the production, has not only publicly condemned the show but called for the destruction of its now strictly bootlegged existence.

And yet, decades later, The Star Wars Holiday Special is celebrated as a disastrous but fascinating smudge on the franchise, a right-of-passage watched from behind the latticed fingers of long-suffering fans and the morbidly curious alike. “There has never been anything else like it,” says Bruce Vilanch, a six-time Emmy winner and former head writer for the Oscars, who was brought on to help write the show early in his career. “This thing has lingered largely because the Star Wars franchise has endured through generations of kids who discovered it on video and grew up to see the new movies in theatres. Somewhere in there, the internet came along and they discovered this bizarre hybrid whatever-it-is.”

Filming of the Holiday Special began in the summer of ’78, at the same time that The Empire Strikes Back was being shot and self-financed by Lucas. At a time when sequels were not only unusual but risky, the Holiday Special needed to be a hit. Vilanch was hired to tackle the variety show aspect of the script. “My agent – now residing on the Death Star – told me it was going to be all the Star Wars characters singing ‘Jingle Bells’ and ‘God Rest Ye Merry Imperial Stormtroopers’, but I had a feeling that wasn’t the case. He said Lucas was going to be involved and it was going to be shot like a movie, but with lots of guest stars and production numbers. It sounded insane. But once I lit the pipe, it made a lot more sense. This was the ’70s.”

The film’s concept – a Wookiee national holiday similar to Earth Day – wasn’t completely implausible; A New Hope focuses so intently on Luke’s origins and the introduction of Han, Leia and Ben that there was the freedom to create an entirely new backstory for Chewbacca. Herein lies the show’s biggest disappointment; instead of an exciting and distant new world for the characters to play in, fans were presented with a modest home plucked straight out of suburbia, complete with an apron-wearing Wookiee housewife.

It’s only when the show leans into its variety format that it really starts to have some fun, spinning Lucas’ galaxy far, far away into a flamboyant, psychedelic playground for misfits and performers. A camp cooking show has Harvey Korman in drag rustling up something called Bantha Surprise, and a musical number set in the Mos Eisley Cantina unites its shady patrons in a spirited act of rebellion against an Imperial-enforced curfew. For some reason Jefferson Starship perform, singing into what look like neon corn dogs – and they slay.

The most impressive segment though is a short animation commissioned by Lucas from Nelvana, an independent studio co-founded by Clive A Smith, a frequent collaborator of the Beatles. Instructed by Lucas to mimic the style of Jean Giraud, the studio created a mini-story within the Star Wars timeline that introduced Boba Fett for the first time. The sketch, with its pop punk palette and fluid, dreamy landscapes gave the most boring bounty hunter in the universe a dazzling entrance into the franchise that the films simply couldn’t provide.

Inevitably, The Star Wars Holiday Special suffered from abandoned hope. Everyone involved wanted it to be over, from the writers and producers to its central cast, whose sparky charisma in A New Hope morphed into barely stifled disdain as they paced the stage. If Simon Pegg’s jilted Star Wars fan Tim Bisley in Spaced is to be believed and “Jar Jar Binks makes the Ewoks look like fucking Shaft,” The Star Wars Holiday Special makes Jar Jar look like Snake Plissken. But who wants cool and tough when you can have communal, cringe-inducing fun instead?

The show aired just once in North America, at 8pm on 17 November, 1978, to one million viewers (many of whom presumably switched off around the halfway mark), but its legacy lives on in the far corners of fan forums, in the howls of cult cinemagoers the world over, and in the memories of those who made it. Vilanch, even with the show now years behind him, is followed by it to this day.

When asked what lessons he took from The Star Wars Holiday Special into his forthcoming career, it’s regret at not savouring the experience more that overrides any regret of working on the show in the first place. “If I’d known I was going to be asked this question 40 years later, I would have paid more attention.” 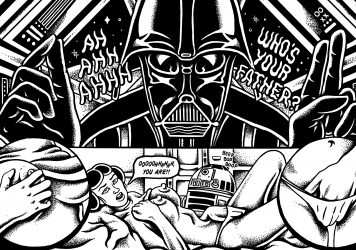