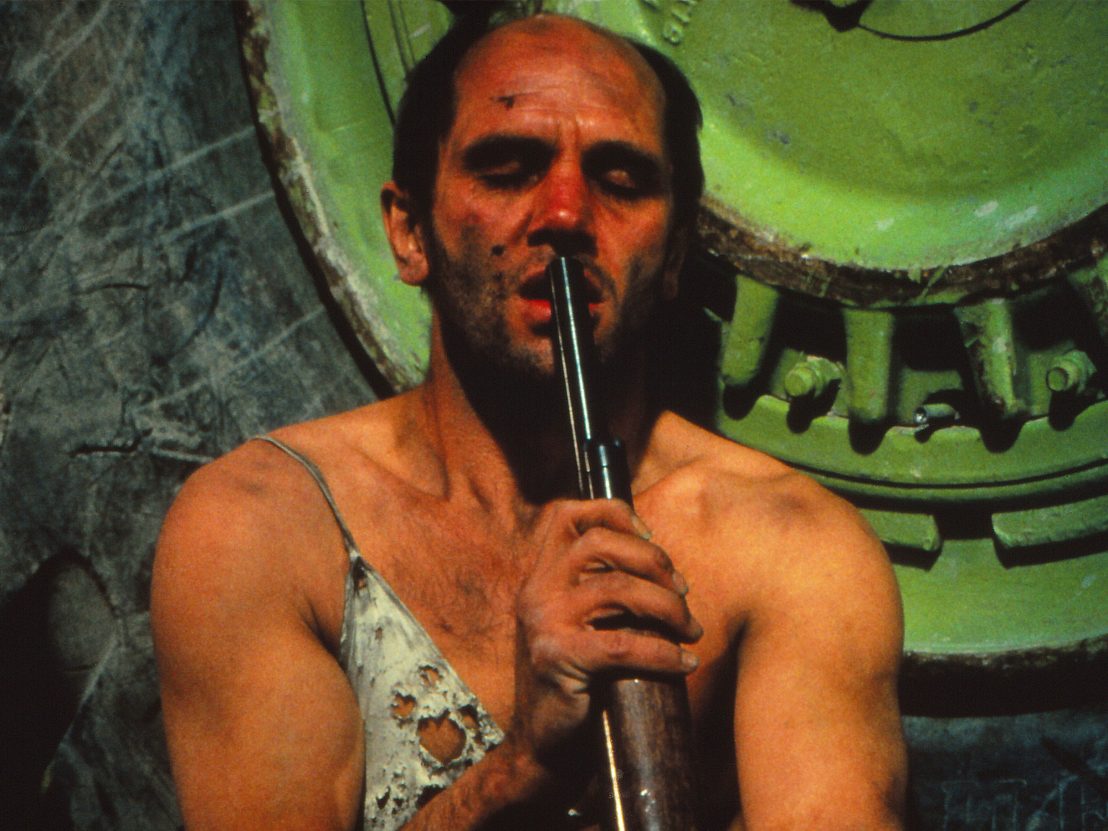 For much of the duration of Geoff Murphy’s The Quiet Earth, middle-aged Zac Hobson (Bruno Lawrence) believes himself to be the last living person on Earth – but Zac was already a loner, even before the so-called ‘Effect’ that put him in this post-apocalyptic state of extreme solitude. After all, he had just resigned from his job at Delenco Research Division, leaving his research team to complete without him the final stages of a global co-operative project (‘Operation Flashlight’) to manipulate energy fields; and the night before the film’s events start, he had committed himself to the very loneliest and most desperate course of human action.

The film opens with an image of the Sun, its shape refracted and enlarged by the horizon, rising spectacularly over the ocean, as seagulls fly about noisily. At precisely 6:12am, their cawing stops, and Zac, lying supine and naked in a motel bed, is shocked into wakefulness. Dressing and leaving, he quickly discovers that he is in a world from which every living thing appears simply to have vanished, leaving no trace beyond boiling kettles, running taps and abandoned, sometimes crashed, vehicles.

As Zac – shown as a small figure in wide shot – wanders through the eerily empty streets of Hamilton, New Zealand, it is as though the rapture has taken place, and he alone has been left behind. Except that, alongside this religious framework for what has happened, there exists a scientific one, as Zac starts to suspect that Operation Flashlight may itself have changed the world forever. Both possibilities – that Zac is caught in a human-made disaster, or trapped in a purgatory of faith – will run in parallel for the rest of the film, as we see our default hero on the one hand playing god games and achieving a sort of self-sacrificing martyrdom in his End Times, and on the other offering a rational, systematic response to cosmic catastrophe.

Loosely based on a 1981 sci-fi novel of the same name by Craig Harrison, Murphy’s film traces Zac’s response to his isolation – his gradual realisation that normal social rules no longer apply in a world for one, as well as his temporary descent into solipsism and suicidal thoughts, megalomania and madness. This section of the film is shown with great economy, and largely in montage, to ensure that the viewer never gets bored in a single character’s company. When (spoiler alert) Zac finds two other humans – first the much younger Joanne (Alison Routledge) and then Api (Pete Smith), a Maori who is closer in age to Joanne – The Quiet Earth opens up into a love triangle that is also a microcosm of Cold War Realpolitik.

For Zac must learn once again to live with others, relinquishing the role of sole patriarch over a domain that has been entirely his to rule. And while he is delighted to be the only man left in a world that Joanne also occupies, the arrival of Api reintroduces the sort of tensions (sexual, racial, generational) that have forever led to human strife, and that might just lead to World War Three People, or indeed to a second end of the universe.

“An exclusive all-male club playing God with the universe.” This is how Joanne characterises the Delenco Research Division, once she has heard what Zac and his colleagues were up to there. Yet Zac was not like his fellow males. After all, he had known that there was something deeply wrong going on at Delenco, and had wanted out. When left to his own devices (and to his own world), he takes off his masculine attire and puts on a woman’s chemise in its place.

Indeed, he is an ambiguous kind of hero, male yet feminine, unsure whether to be father or lover to Joanne, and as eager to save the world as to destroy himself. The awe-inspiring final image in the film (of another daybreak, echoing the film’s opening) is similarly slippery, catching Zac on a liminal, limbic shoreline between multiverse cosmology and hard eschatology.

The Quiet Earth is released by Arrow Video on Blu-ray on 18 June. 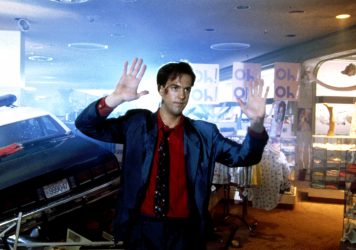 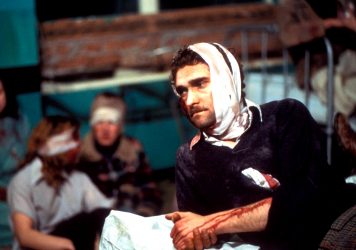 Discover the post-apocalyptic nightmare of this landmark social drama