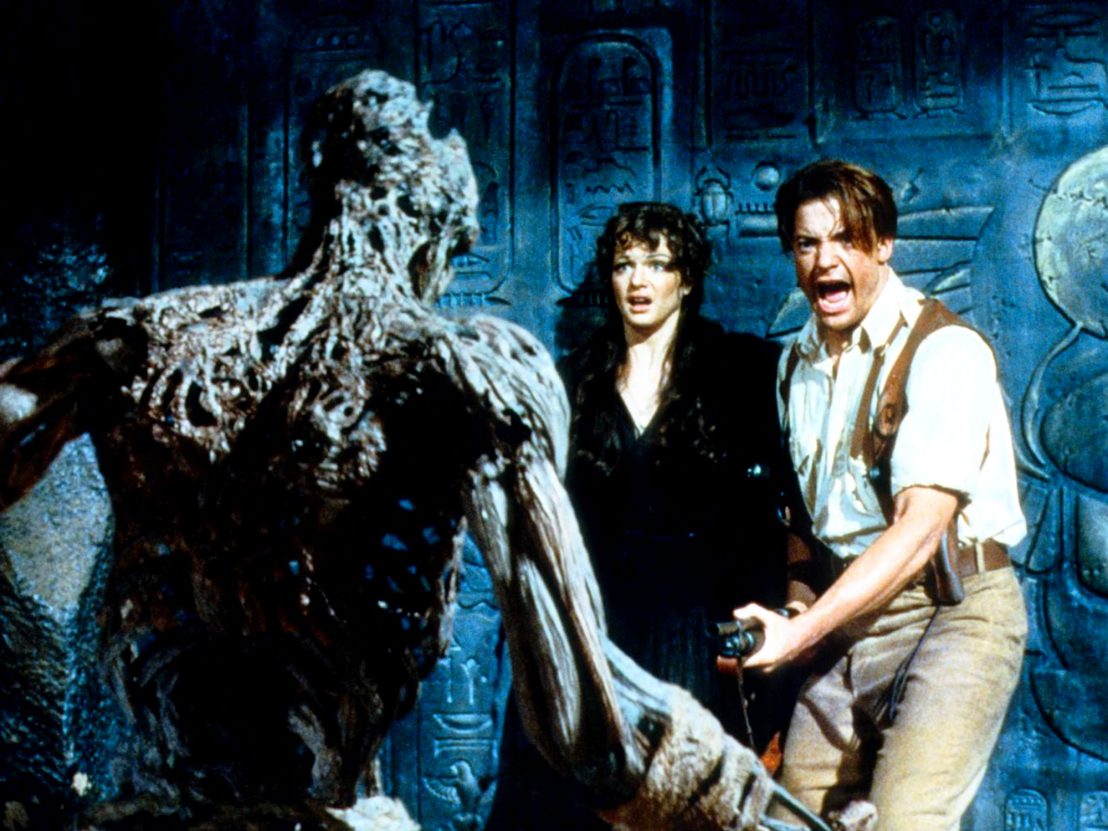 Universal Studios was going through a transitional period in the 1990s. Filmmakers were moving away from the campiness which had characterised their famed monsters for decades, opting for more realistic adaptations of the time-honoured source material. Among the most notable examples of this are Bram Stoker’s Dracula, directed by Francis Ford Coppola, and Mary Shelley’s Frankenstein, directed by Kenneth Branagh. Both performed well at the box office but critics were quick to point out that for every dramatic flourish or tasteful homage, there was a joylessness that diminished their overall impact.

It was as if stripping the stories of their inherent campiness was to remove the very thing which made them so appealing in the first place – the kind of appeal that was forged in Stephen Sommers’ 1999 remake of The Mummy.

In terms of plot, Sommers’ film follows the basic outline of the original 1932 version. A group of explorers stumble upon the tomb of the titular mummy – in both cases, a high priest named Imhotep – only to unleash his evil spirit and be faced with the consequences. There’s a subplot involving Imhotep and the resurrection of his lost love, an ancient curse, and the two films even share similar timeframes (1926 and 1932). But this is essentially where the similarities stop. Sommers felt that emulating the quiet intensity of the original would be unwise, and instead veered into less common territory. The result? A horror film that effortlessly integrated elements of action and adventure. Or, an adventure film that effortlessly integrated elements of horror.

Sommers’ ability to slip between stylistic extremes can often make it hard to determine which is more accurate. There are certainly scary moments in The Mummy, but they have a nostalgic comfort to them, and even when the film veers into the grotesque – as when a plague of flesh-eating scarab beetles is unleashed – the effect is evocative of an old-school B-movie. Imhotep transforms from a tragic villain in the original to an unstoppable killer, and the CGI effects, which were groundbreaking at the time, provide a scope and weight to the evil that make him more spectacle than scary.

In terms of action, the film bucks a horror tradition by having its characters willingly thrown down with the monsters. Where survival is the goal of most protagonists, Rick O’Connell (played with career-defining swagger by Brendan Fraser) seeks out the fight, leaping into danger and disposing of Imhotep’s minions by way of shotgun blasts and swordplay. He should be outmatched, but Sommers allows the lunacy to slide. 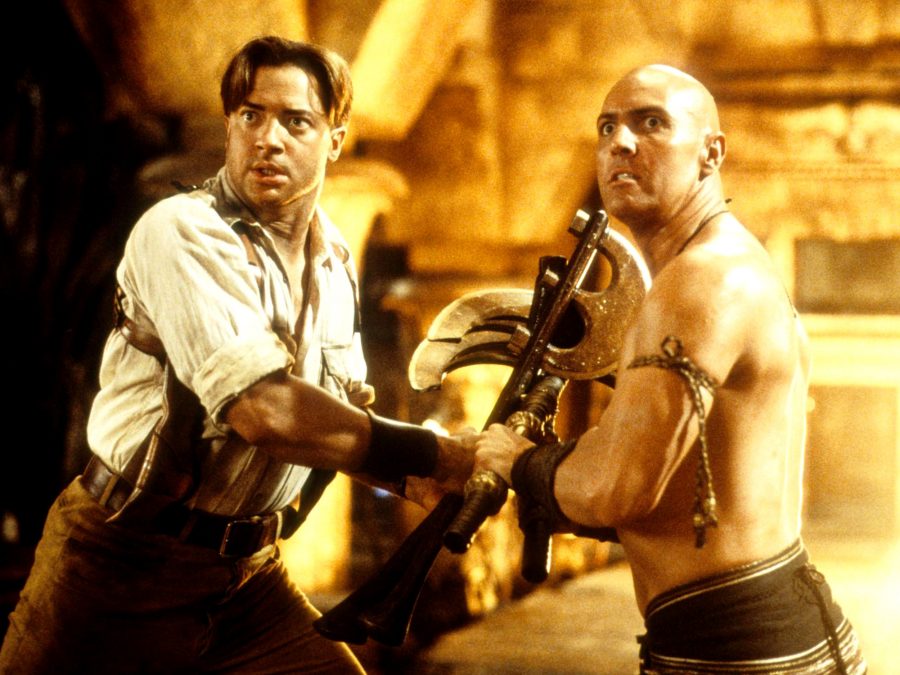 As a result, O’Connell becomes the camp embodiment of the ideal action hero – so capable and brave that the monsters seem to be the ones at a disadvantage. Even at his lowest ebb, he’s undeterred by the fact that he needs to, “rescue the damsel in distress, kill the bad guy, save the world.” And why shouldn’t he be? He’s the hero. This escapist mentality may not be the most authentic for genre purists, but it’s made up for by the film’s frenetic pace.

The success of The Mummy single-handedly ushered in a new age of horror blockbusters. Suddenly, monsters were mainstream, and studios scrambled to release their own revisionist hybrids of horror, CGI, and gun-toting action. Films like Sleepy Hollow, Van Helsing and The Brothers Grimm are testament to this, respectively blurring genre lines and turning once ordinary men into extraordinary adventurers. Even later, lesser iterations like Hansel & Gretel: Witch Hunters and the franchise’s own sequels, The Mummy Returns and The Mummy: Tomb of the Dragon Emperor continued to draw big audiences.

Things seem to have come full circle with Alex Kurtzman’s 2017 The Mummy. In a move that tidily sums up today’s franchise climate, Universal Studios has created a reboot of their own remake, complete with an overly capable hero, large set pieces and a CGI monster. Will it prove a success at the box office? Probably, when you factor in foreign markets. Though in trying to be too many things at once – a reinvention, a mature thriller, a teaser to a larger cinematic universe – the reboot runs the risk of losing the simplicity that made Sommers’ film so much fun in the first place. The initial wave of (mostly negative) reviews all but confirms this.

So while it may have worn thin in this particular instance, the fact that 1999’s The Mummy is still the blueprint in Hollywood speaks to its long-lasting impact. There’s not a monster reboot today that isn’t in some way indebted to the film’s winning blend of horror, adventure and high camp. Cheesy though it undoubtedly is, it remains the first and the finest horror blockbuster of the modern age.