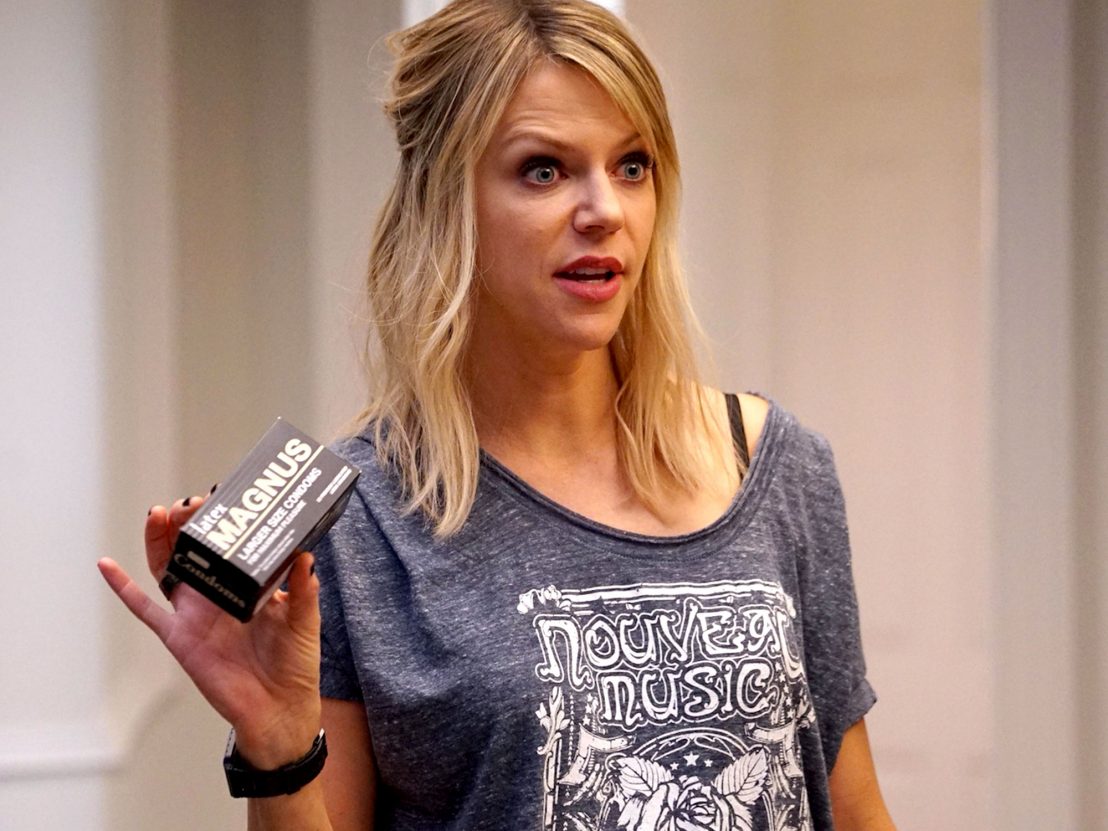 In movies and TV series, women who are portrayed as being ‘one of the guys’ usually fit into either of two categories: pretty, tomboyish and goofy but still taking on the role of the only responsible, sensitive member of the group; or downright unhygienic, with greasy hair and skin, and mannerisms so crass they are entirely off-putting (think Melissa McCarthy in The Heat). In an industry that sexualises and objectifies its subjects, the riskiest move is to present a female character in an unattractive, unlikable light.

These days, female actors rarely get the chance to explore genuinely daring, unconventional characters, especially if said character has little or nothing of sexual value to offer. While TV shows like Broad City are steadily moving towards embracing the uninhibited expressions of crude, disastrous female characters, none have quite managed to reach the same levels of unappealing intrigue as Dee Reynolds (Kaitlin Olson) on It’s Always Sunny in Philadelphia.

When Olson was initially invited to join The Gang on It’s Always Sunny in Philadelphia, she was far from impressed by the role Rob McElhenney and Glenn Howerton had originally written for her. As per usual, the idea was to introduce a female lead to counter the absurd, disgusting behaviours of her male peers by acting as “the voice of reason”. Knowing she could offer much more than the stereotypical role of a woman trying to tame her morally corrupt and chaotic male friends, she insisted on forming a part of their twisted sense of humour, rather than fighting against it.

She’s the crazy party-girl who can hold her liqueur and a purse as she trudges through the aftermaths of another crack adventure gone wrong at Paddy’s Bar. She’s pretty and clean, but in a dry-heaving, junkie-bride kind of way – and, crucially, she’s just as vile, self-centred, manipulative and unworldly as the rest of The Gang. You may not even think it humanly possible, but at times she’s even more repulsive than Danny DeVito’s Frank Reynolds.

It was her role as Dee that prepared Olson for her new FX show, The Mick, in which she stars as Mackenzie “Mickey” Murphy, a disreputable slacker who goes through life intoxicatingly winging it. When she visits her sister Poodle (Tricia O’Kelley), a trophy wife who married into a luxurious lifestyle, things don’t turn out as expected. Mickey’s plan was to hit her up for money – a two minute affair of judgement followed by the sweet relief of feeling a wad of cash in her palm – but instead she finds her hands full in an unexpected new family situation.

As much as her sister gets off on turning her nose up at Mickey, the truth is her own family isn’t quite as proper as she makes them out to be: half-way through her visit, Poodle and her husband are handcuffed and thrown into the back of police cars for fraud and tax evasion, leaving Mickey behind with their kids Sabrina (Sofia Black-D’Elia), Chip (Thomas Barbusca) and Ben (Jack Stanton). And while Mickey may be a stumbling catastrophe, these spoiled brats aren’t a picnic either.

The premise of The Mick isn’t exactly new; there have been plenty of TV shows focusing on an unruly, estranged family member stepping in to take over child care and domestic responsibilities and, in doing so, adapting to upper-class standards they have previously only ever observed as low-class outsiders. But Olson brings a Dee-esque edge to the series that makes it stand out from other shows running in a similar vein. With her knack for physical comedy, wild-eyed facial expressions and shrill screeches growing in pitch, Olson is capable of reinventing this particular sitcom formula to remain in the realms of complete and utter sex, drugs and rock ’n’ roll chaos amid a wholesome family setting.

The series thus far does not imply that whatever bond Mickey and the kids have established is deeper than it appears. Most shows (and movies) of this nature are adamant to end on lessons from the heart, but although Mickey will certainly be pushed to change her questionable morals towards life and child-rearing for the better, The Mick may very well be a show that will continue to celebrate its unlikable characters. And let’s face it – there are a lot of them, two out of three kids included.